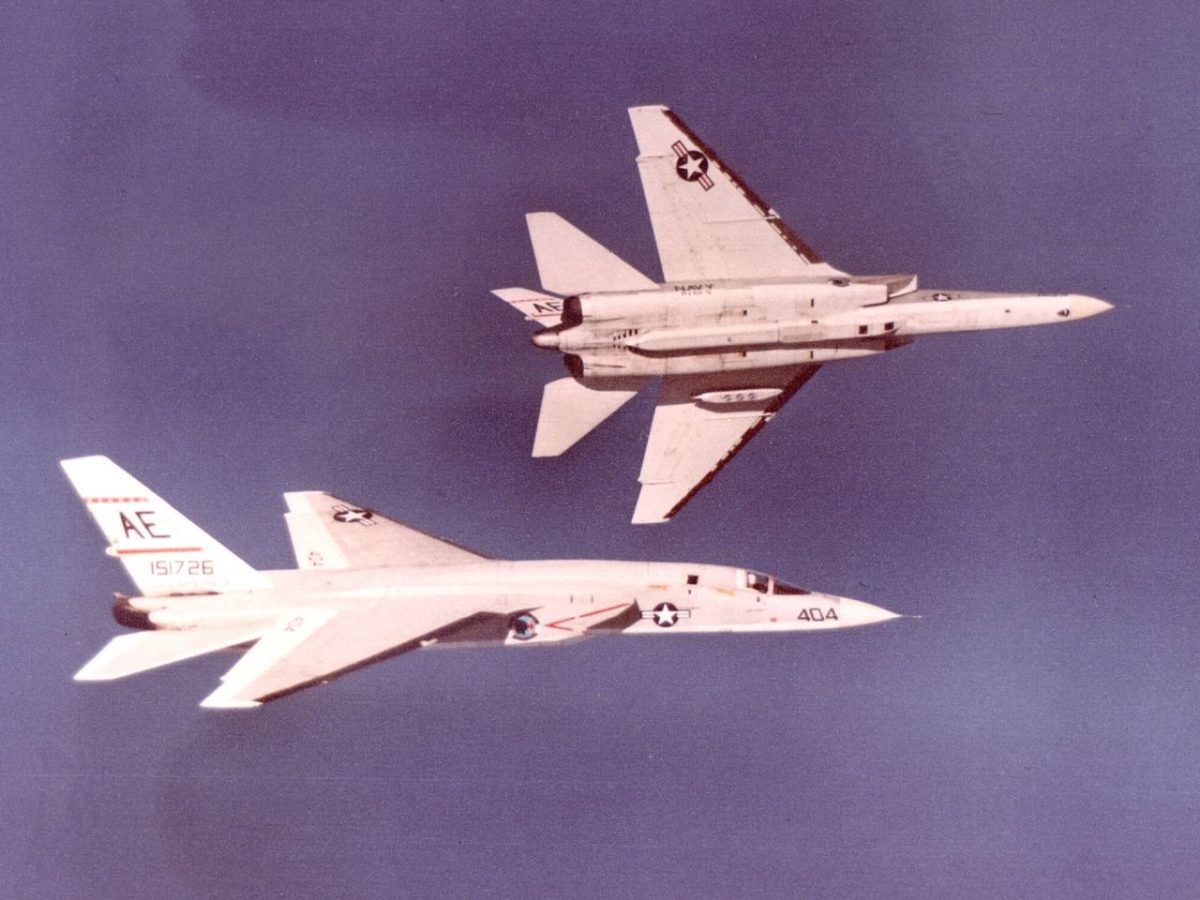 The RA-5C Vigilante had a fearsome reputation among pilots. Indeed, there were cases of officers turning down orders to an RVAH squadron out of fear of the aeroplane.

Developed from the A-5 nuclear bomber, the RA-5C Vigilante was the largest and fastest aeroplane to ever operate from the deck of an aircraft carrier.

The operational debut of the `Vigi’ coincided with the build-up of the Vietnam War. Due to its extremely dangerous, and vital, reconnaissance role, the jet sustained the highest loss ratio of any American aircraft in that conflict.

As explained by Robert R “Boom” Powell in his book RA-5C Vigilante Units in Combat, the Vigilante had also a fearsome reputation among pilots. Indeed, there were cases of officers turning down orders to an RVAH squadron out of fear of the aeroplane. The reputation was not completely undeserved, but came mostly from its early days in fleet service. The wing trailing- and leading-edge flaps were at 40 degrees for landing, and the trailing-edge flaps were the only section of the wing with Boundary Layer Control (BLC). This meant higher approach speeds with poor pitch response, and resulted in broken nose gears, flattened main-mount tyres and the occasional catastrophic ramp strike.

Starting with the A-5B, the trailing flap area was increased, leading-and trailing-edge flaps went to a 50-degree extension and the BLC moved to the leading-edge flaps (droops). The accident rate dropped, but if either of the two critical bulkheads cracked, what would have been a hard landing in another aeroplane turned into a major accident (Class A) because of the time and effort required to repair the damage. The 556 bulkhead had the main landing gear and forward engine mounts attached to it – the 5% was duly reinforced. The 742 bulkhead, mounting the horizontal slabs, vertical stabiliser and rear engine mounts, posed more of a problem.

Psychology also played a part as well. From Powell’s personal experience, when the answer to the – question of what aeroplane he flew evoked the response ‘Oh wow, aren’t Vigilantes awfully difficult to landing on the ship?’, a natural reaction was to stand a little straighter and say, ‘Yes, but I can hack it’! Thus, the unspoken implication was that the pilot was some sort of superman.

Powell flew the RA-5C for seven years, and for part of this time he was the RVAH-3 LSO. His views on landing the Vigilante are as follows;

‘Landing any aeroplane on a ship is a challenge — doubly so at night. Yet, despite its reputation, the RA-5C did well day and night. Many RVAH squadrons and individual Vigilante pilots won air wing landing competitions. Training was the key. Not only for the pilots, but the LSOs. Waving the “heavies” — A-5s and A-3s — was a special skill. LSOs from those communities had no trouble with each others jets, but the LSOs from units equipped with “little” aeroplanes were intimidated, and did not always appreciate the effects of mass and inertia.

‘I always felt the hardest thing to do in a “Vigi” was not land on the boat, but go get in position for the catapult shot. The RA-5C used a bridle attached to two hooks under the intakes to launch, rather-than the current nose-launch bar. This meant the nose wheel had to go up and over the catapult shuttle, but not too far. The shuttle was shaped like a turtle shell catapult shuttle, with the end chopped off, and it was slippery with an amalgam of jet fuel, condensed steam and salt spray. From the deck, the Vigilante had to be turned precisely on the centre of the cat track. Because of the length of the fuselage, there was little distance to correct the line-up. At the shuttle, the tolerances became even closer. If not aligned with the exact centre of the hump, the nose gear would slip off the edge and cut the tyre. You would add power to get over the hump, feel the wheel drop, and if you did not stop within two inches, you would crack the hold-back fitting in the tail.

‘A good taxi director would modify the standard signals and add lots of body english. He would vary the speed and distance of his waving hands. His body would lean and twist, shoulders dip and head nod with signals to the pilot. He could have become a ballet dancer or professional mime with the skills needed to launch an RA-5C.’ 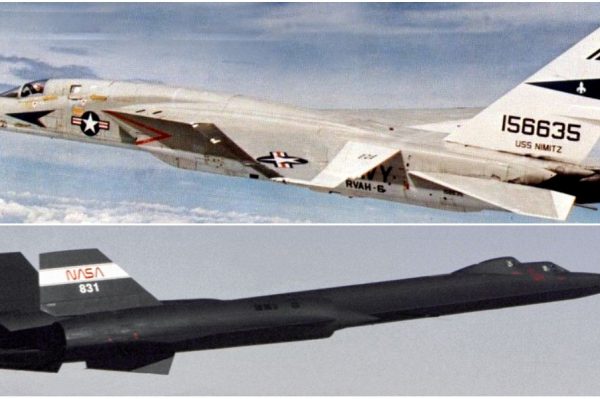 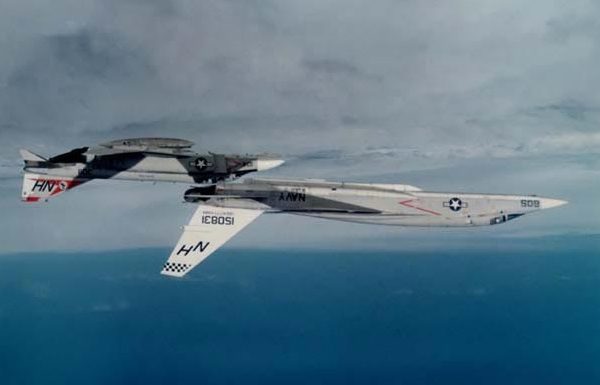 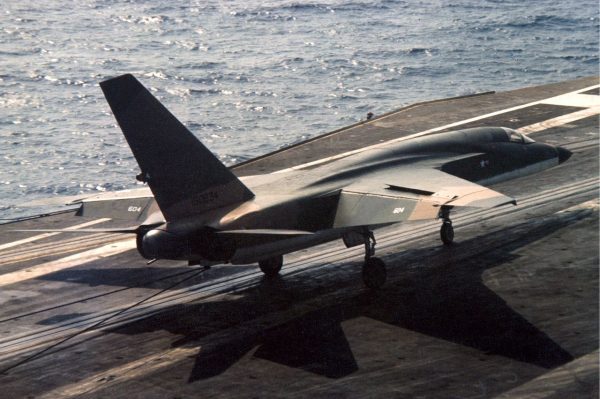