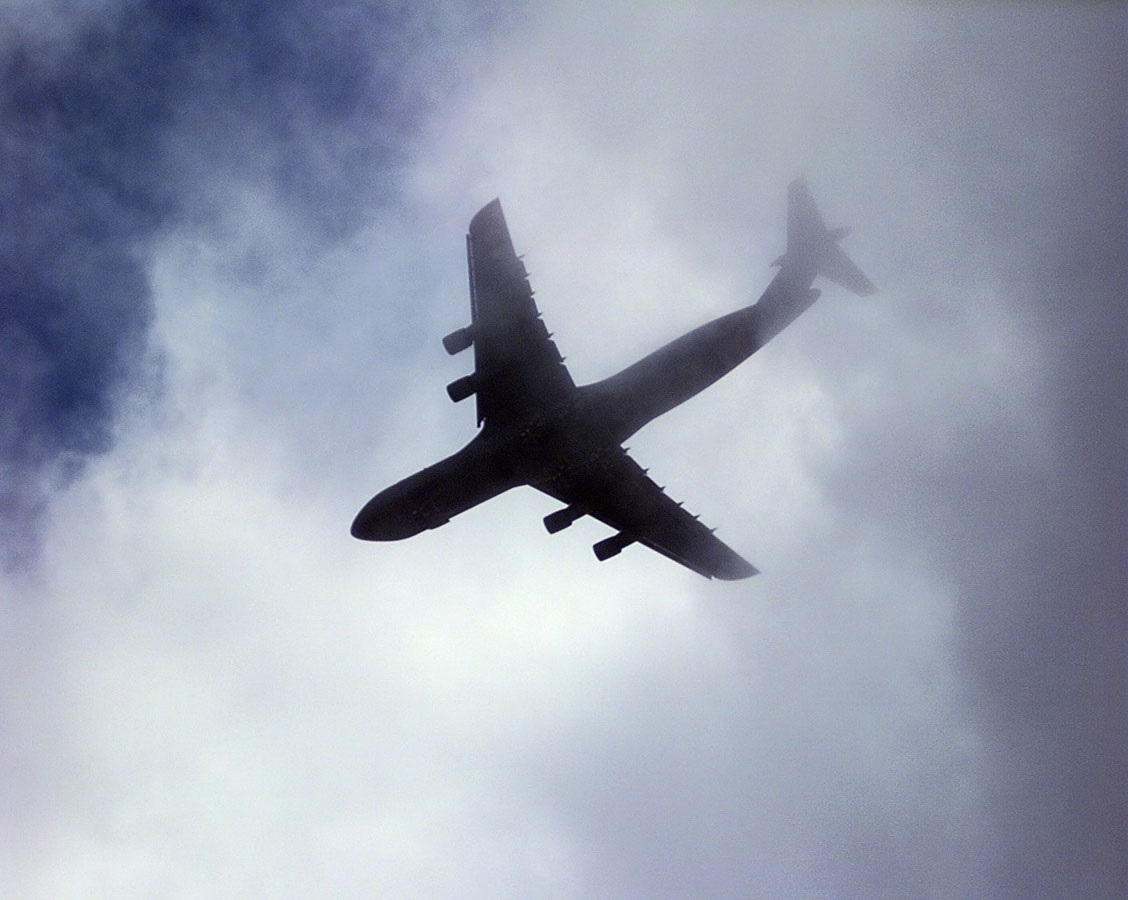 ‘The pilot flying the plane would never look outside; he would fly to minimums on his altimeter and commence a go-around when he reached the crucial altitude. His attention would be riveted inside the plane on the flight instruments with no peeking outside’, Jay Lacklen, former C-5 Pilot.

I flew a Dover local at McGuire for some reason (I never went to McGuire for transition unless forced to do so due to its screwy holding pattern and initial approach). I was in command as the instructor pilot and occupied the copilot seat.

We had been warned by the weather briefer that the dew point and temperature were converging and Dover would probably get a bad case of ground fog before midnight. I told him have the Dover command post call the McGuire command post to advise us if fog had begun to roll off Delaware Bay a few miles to the east.

This was the late local that took off at 1800 and landed at 2200. I planned on departing the McGuire pattern about 2130 to return to Dover.

Just before 2100, however, we got a frantic message from Dover that the fog had formed quickly and was moving toward the base from the Bay and to return quickly if we wanted to get in that night.

I canceled my approach and activated my fight plan back to Dover while pushing up the speed to 250 knots. We were one of two Dover C-5s in the McGuire pattern and we got out first with the other C-5 local about five minutes behind us.

As we checked in with Dover approach control he said the ceiling and visibility were falling fast and were already nearing minimums for landing, a 200 foot ceiling and ½ mile visibility. I requested a short pattern to final for the ILS to Runway 01.

Unfortunately, since we had asked for a short pattern, I didn’t have enough time to do a double seat swap to switch to the left seat. I didn’t really care, but I’d be hanging by my thumbs if something went wrong. I didn’t actually worry about it.

This approach did give me an opportunity to try out a new landing technique, however. On most approaches with weather near minimums, the pilot-flying stays on the gauges until the other pilot calls “Go around” or “Land” depending upon whether or not he sees the runway environment at minimums.

This technique can go awry, unfortunately. The pilot monitoring the gauges cannot be looking outside and at the gauges simultaneously, he must shift his vision back and forth, inside and outside, as minimums approach. If he tarries too long on one feature he can miss the crucial aspect of the other. He may look outside for the runway 50 feet above minimums and continue straining to see runway lights too long and bust minimums. If he concentrates on the altimeter to exactly minimums, he leaves only a split second to recognize the runway environment as he shifts his eyes back outside.

Meanwhile, the pilot flying generally starts taking peeks outside the plane as minimums approach, anxious to go visual as soon as possible. He, too, may keep his vision outside too long trying to catch some glimmer of runway or approach lights and also bust minimums. Both pilots are trying to look both at their gauges and outside at minimums.

The new technique I wanted to try strictly divided responsibilities. The pilot flying the plane would never look outside; he would fly to minimums on his altimeter and commence a go-around when he reached the crucial altitude. His attention would be riveted inside the plane on the flight instruments with no peeking outside.

The pilot not flying, however, after making his mandatory call at 100 feet above Decision Height, would look nowhere but outside. He would no longer be responsible for calling “Go Around” or “Land”, he would only look outside for the runway environment. If he discerned the runway lights and runway environment, he would call “Copilot’s airplane!” and make the landing. If he never saw the runway, the pilot would automatically go around at Decision Height.

In the old method, with each pilot trying to cover both inside and outside responsibilities, they sometimes missed one, or both, of the crucial parameters they were trying to cover. With the new method, they each had but one parameter to cover and stood a better chance of making a successful decision.

And that is exactly what we did. I instructed the pilot in the left seat to fly to minimums and, if he heard nothing, to automatically commence the go around. However, if I said “Copilot’s airplane,” he was to immediately relinquish the controls to me. Right at minimums I saw the runway, called for airplane control, and landed successfully. The second C-5 not two minutes behind us had to go around and divert to Andrews AFB, MD outside Washington D.C.