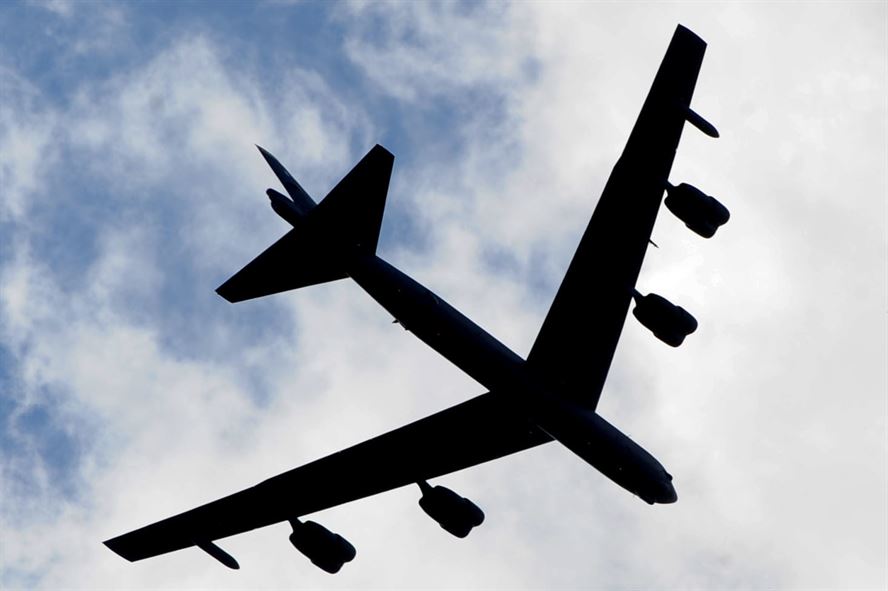 “Suddenly, flight service had hooked me up to the house phone and said, ‘Your mother is on the phone, Phantom Six-Zero, go ahead.’ Dumbfounded, I could only think to blurt out, ‘Hi, Mom.'” Jay Lacklen, former B-52 pilot

During the summer of 1976, I got a chance to salute my mother with a flyby, of sorts, near her childhood home of Somerset, KY. She had returned home to be with her mother in my grandmother’s final days, and I happened to be flying a mission on the Richmond, KY, bomb site on a route that circled Somerset. I thought a minor flight plan deviation would not ruffle any feathers and would provide a richly deserved tribute to my formative parent.

My mother harbored a lurking insecurity since marrying my father. She came from a small town and had two years at a nearby junior college, while my father had a master’s degree from Stanford. It seemed she spent her married life trying to measure up by neutralizing her Kentucky accent, expanding her vocabulary, and pushing to get her kids accepted in ambitious social circles. The marriage had failed some years before, and she feared this had damaged her children.

Years later, I told her that, had I become a POW in Vietnam, I’d have warned my captors that they would have to flee for their lives when my mother found out they had me, that she would rip the scraggly hairs off Ho Chi Minh’s chin to get me released. She protected us as a mother bear would her cubs and would throw herself between us and any force she felt threatened or endangered us. She didn’t have a master’s, but she had moxie and determination, and some of that rubbed off on me. She deserved a salute from her firstborn, and I planned to give her one.

We flew at three thousand feet, high enough not to rattle windows, but low enough to be clearly seen. Suddenly, flight service had hooked me up to the house phone and said, “Your mother is on the phone, Phantom Six-Zero, go ahead.”

Dumbfounded, I could only think to blurt out, “Hi, Mom.”

She asked how soon we would pass over, and I said in about three minutes. She said they had to walk up the street to the top of the hill to see through the trees, but she would be there on time.

Three minutes later, we overflew the edge of town, and I dipped the wings slowly left, then right. A few seconds later, I pushed up the throttles, the engines roared, and I started the climb out of the route.

I like to think she felt some measure of awe, pride, and wonder, remembering her little boy—who had played with toy trucks in the corner by himself, been horribly shy, wet the bed, and stuttered—and had just flown over her in a giant aircraft to pay homage to the mother bear who had protected him, prepared him, and allowed him to soar.