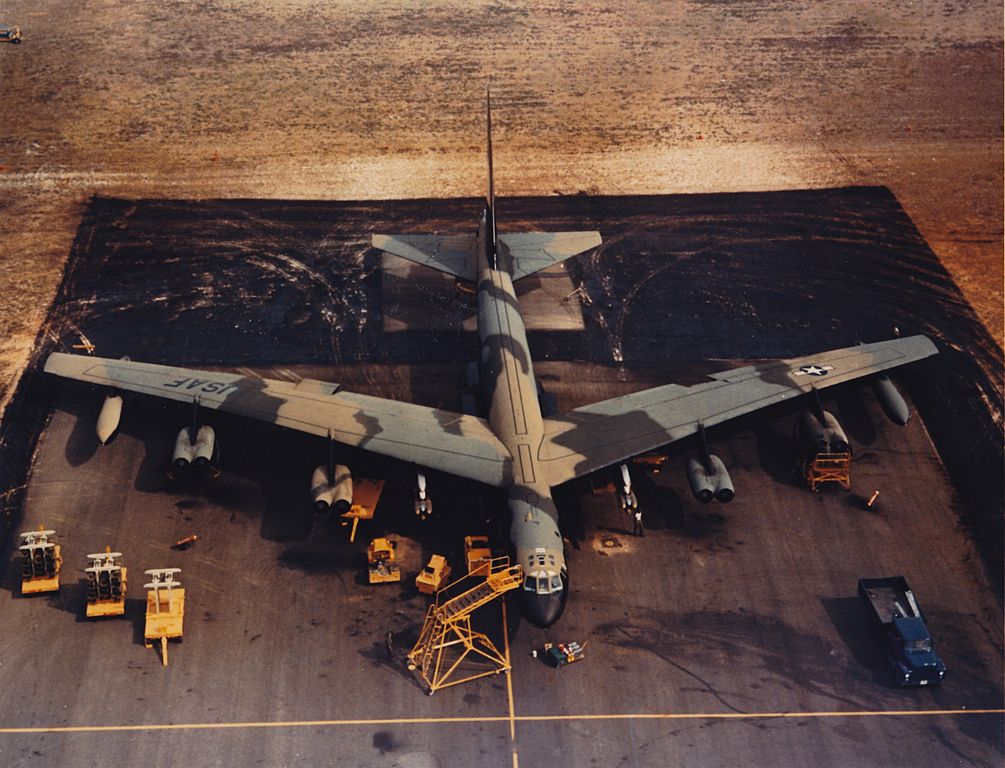 The “D” also used very high pressure pneumatic air. The emergency procedure if this system sprung a leak proved the most severe I have ever encountered in any airplane manual. It warned that a pneumatic leak “constituted an impending disaster,”Jay Lacklen former B-52 pilot

Back to Southeast Asia.

In mid-July 1973, our crew left for Carswell AFB, TX, for “D” model difference training enroute to our three-month deployment to Guam. This was mostly procedural because flying the plane was virtually identical to the Loring “G” models.

The “D” also used very high pressure pneumatic air. The emergency procedure if this system sprung a leak proved the most severe I have ever encountered in any airplane manual. It warned that a pneumatic leak “constituted an impending disaster.”

The copilot also ran the fuel system, routing fuel from a series of fuselage and wing tanks into the engines. This had to be done in a specific order or the plane’s center of gravity would move too far forward, or aft, which could lead to loss of control. If improperly done, it could also flame out the engines from fuel starvation. The copilot ran a fuel log to discover if a fuel leak existed. Once an hour, he would plot the fuel remaining against a graph of expected fuel remaining for comparison. If the total fuel was not close to the projected line, a fuel leak had to be investigated. I never heard of anyone having a fuel leak, but I suppose it happened sometime before my tenure and prompted the procedure.

After landing, copilots would madly transfer fuel to level their wings during taxi, a matter of copilot pride. At light loads, any imbalance would tilt the heavy wing down and the light wing up. This was an art, since the transfer must be stopped the instant the high wing starts to drop or else it becomes the down wing and the balance is lost. Copilots assiduously monitored other copilots’ prowess on getting this right after landing.

Since we flew with light fuel loads in training, I had never run the full fuel load sequence that would be needed to fly from Texas to Guam.

In a frightful scene at base operations, I had my instructor go over the full load sequence with me again to be sure I had it down. This did not build confidence in either of us—a rookie copilot about to launch on a sixteen-hour mission having never run the full load sequence. I’m sure the instructor did not sleep that night, waiting to hear that Lt. Lacklen had flamed out the engines due to fuel starvation over the Pacific. However, the sequence worked well and we made it to Guam.”