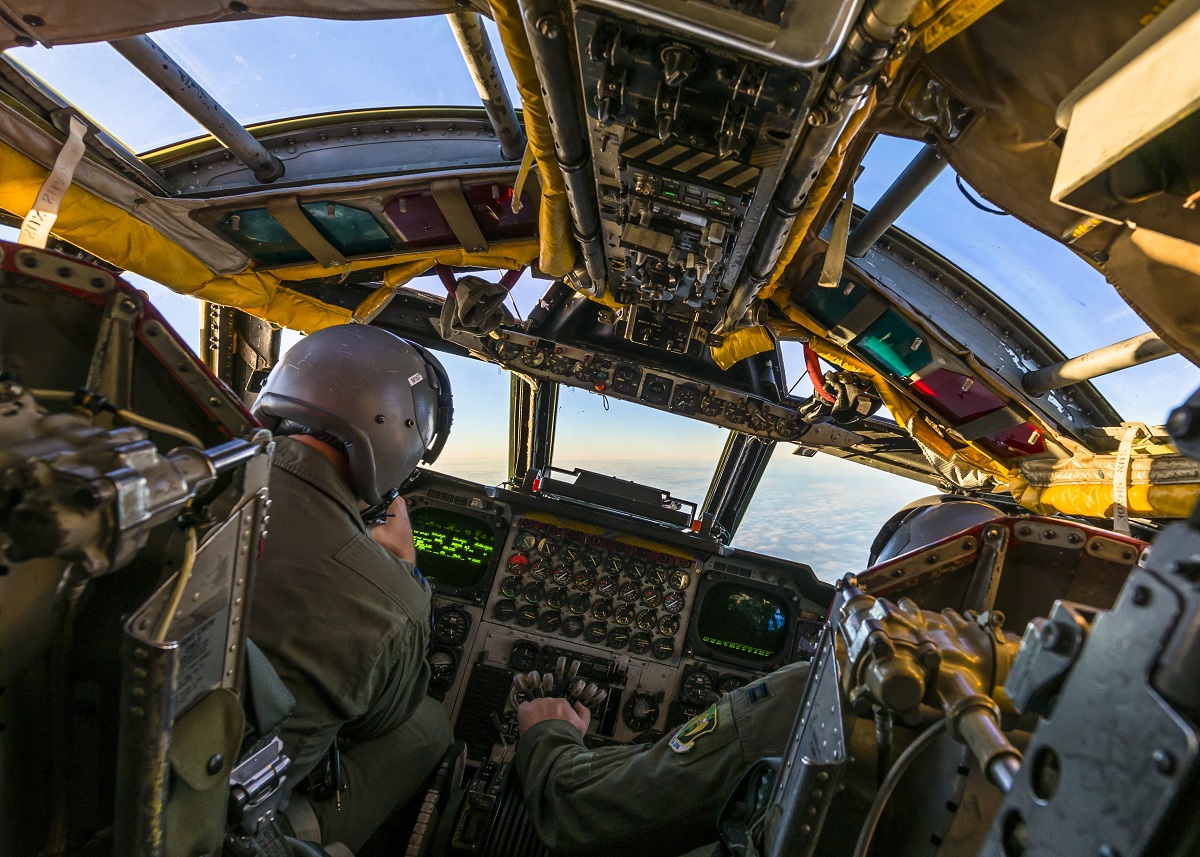 “We could have been throwing up dust clouds behind us, we were so low. One wrong move and we’d have been splattered over miles of cactus,” Jay Lacklen, former B-52 Instructor Pilot

I had six student crews during my two years at Castle. All successfully completed the course and there were no more hair-raising emergencies, but there were a few incidents. Two were caused by the damn fog that covers the San Joaquin Valley in the winter. I spent more than one day sitting against the wall at Base Ops with a dozen other bomber and tanker crews waiting for the fog to lift.

The first incident came in the winter of 1978, in the middle of the course for the student crew. We had exited a low-level route in Utah shortly after midnight, and I contacted Castle on phone patch with the Hill AFB command post to check the weather. They told me it was zero-zero (ceiling and visibility) and I couldn’t get back that night. I requested a divert base and they came up with Minot, ND. Oh, great, I thought, Minot in the middle of the winter; just my luck.

A Minot landing would be no picnic I discovered when I called to request their weather. While Castle was fogged in, Minot had a blizzard. So we got to anticipate a landing at 0400 in the morning, after having been up for perhaps twenty hours and in the air for ten, in a blinding snowstorm. I got in the copilot’s seat and let the student pilot fly the approach. The ILS precision approach started well but soon got dicey. The pilot started getting behind due to the crosswind, and I had to take it from him halfway down the approach. This is one of those freak occurrences you need experience to handle. I had it in this aircraft; he didn’t.

The landing required ten degrees of crosswind gear, a peculiarity of the Buff necessary because it cannot be flown wing low to fight the crosswind. Recall my lesson from Elvis in the T-41 on crosswind; now imagine the horrendously long wing of the B-52. The wing-low method is not an option. The Boeing engineers therefore made the landing gear rotatable. The two main landing gear trucks are normally aligned with center line. For a crosswind landing, the trucks rotate left or right to compensate for the wind. This means as you approach touchdown, you might be looking down the runway centerline out the side window. Your mind must convince your brain that you must touch down looking sideways or all hell will break loose, the plane will dive toward the downwind wing, and you’ll be headed off the runway toward the upwind wing.

The blowing snow proved very thick and seemed more so due to our speed. It would have been thick just standing on the ground, but flying through it at 120 knots made it a super-blizzard. I broke out near minimums and landed with the ten degrees of crosswind. I didn’t curse the sky gods for this one as I had that first check ride into Nha Trang. I could handle this after years of experience, whereas the Nha Trang approach hit me before I half knew what I was doing in airplanes.

The second incident was more political than dangerous. Again, returning to Castle in the middle of the night, the fog had beat us to the runway. I saw this peculiar situation several times in thirty years of flying. The ground fog sits on the runway about fifty feet thick. If you fly over runway at a thousand feet, you can see the runway clearly looking down, but if you approach from a low angle, such as from a visual approach, the runway disappears as you start to flare for landing. Suddenly you can’t see anything, as if landing on a cloud. This condition would cause a crash landing for a C-5 in Muscogee, OK, years later on an ORI and could have done the same to me. But rather than chance blindly feeling the runway, I again diverted to Mather, and this time I would not be on fire. As we climbed out from the missed approach, I called the Castle command post and told them I got down to fifty feet and went around due to fog.

The next day, after travelling back from Mather, I reported to the squadron commander’s office after an official call to get my ass into the squadron to explain my mission from the day before. I had no idea what the problem was The divert was warranted and nothing untoward had happened. However, it seems a tanker toad pilot, a Lt. Col., had been on command post frequency and railed to the ops commander that this bomber IP—me—had busted the two-hundred-foot minimums down to fifty feet before going around. This presumes I was in the clouds down to fifty feet, which was not the case. I had been totally visual down to fifty feet and then lost visibility in the fog. What a jerk that tanker guy had been! Anyway, that explanation got me off the hook and I never did find out who the prick was.

The final crew incident happened on a bomb run at the La Junta bomb site, when the student pilot got down to fifty feet above the ground on the radar altimeter at three hundred knots as we approached the target. We could have been throwing up dust clouds behind us, we were so low. One wrong move and we’d have been splattered over miles of cactus. Trapped in the jump seat with no access to throttles or yokes, I could do nothing but tersely order the pilot to start climbing or be in fear of his life, as I was of mine.