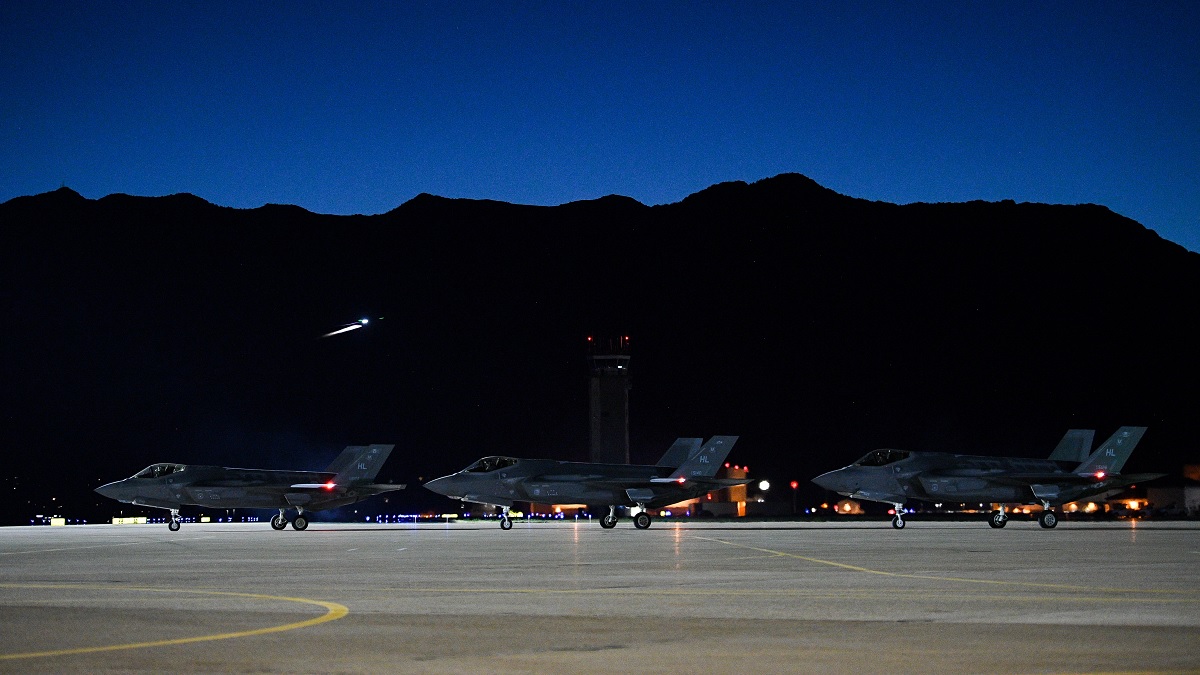 Airmen from the 388th and 419th Fighter Wings deployed F-35A Lighting IIs into combat for the third time in approximately 12 months.

Airmen from the 388th and 419th Fighter Wings deployed F-35A Lighting IIs into combat for the third time in approximately 12 months.

“The 421st Fighter Squadron completed their stand up in December and now they’re our latest squadron heading into the fight,” said Col. Steven Behmer, 388th Fighter Wing commander to Micah Garbarino, 388th Fighter Wing Public Affairs, for the article For third time, Hill AFB fighter wings deploy F-35As to Middle East. “This demonstrates the readiness of our Airmen, our weapons system, and the importance of both to the Air Force and our national defense mission. On top of that, add in prepping and training in this challenging coronavirus environment. As leaders, we couldn’t be more proud of our Airmen.”

Maintainers and personnel in other support functions from the active duty 421st and Reserve 466th Fighter Squadrons and Aircraft Maintenance Units form the deployed squadron.

After a 6-month deployment to Middle East an initial wave of active and Reserve Airmen who were deployed with the 34th Fighter Squadron returned to Hill three weeks ago. A large contingent from the 34th remain in the region and will return home soon.

The squadron performed close air support, offensive and defensive counter-air, and maritime escort which enabled regional deterrence during the deployment. They also operated simultaneously from two different bases for more than three months and participated in multinational exercises, strengthening partnerships with regional allies. The 421st Fighter Squadron will likely take on a similar role.

“I’m extremely proud of our personnel for answering their nation’s call once again, and I’m certain they’ll do an exceptional job,” said Col. Brian Silkey, acting commander for the 419th Fighter Wing. “As always, we truly appreciate the sacrifices of their families and civilian employers as our Citizen Airmen step away to serve, especially now, during these challenging and uncertain times.”

The 388th and 419th are the Air Force first combat-capable F-35A units. The first operational F-35As arrived at Hill in October 2015. The active duty 388th FW and Air Force Reserve 419th FW fly and maintain the jet in a Total Force partnership, which capitalizes on the strength of both components. Hill AFB is home to 78 F-35s.