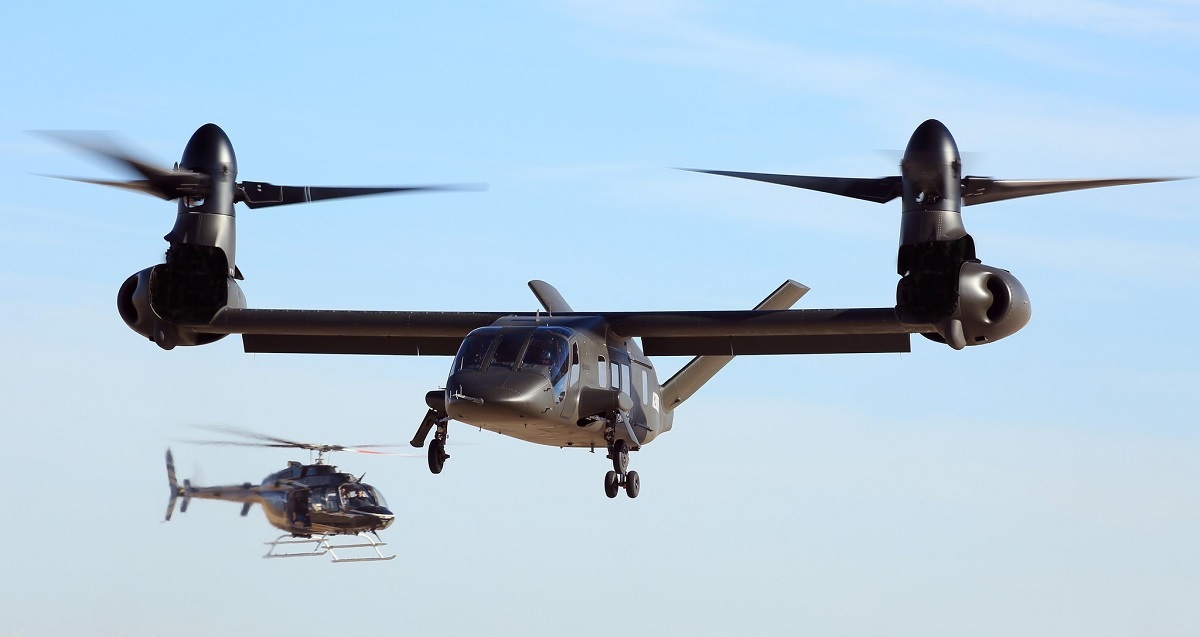 Chief Warrant Officer 3, Tom Wiggins, of the U.S. Army Special Operations Aviation Command made history on Feb. 7, 2018 by becoming the first person in his service to fly the Bell V-280 Valor.

The flight took place at the Bell Flight Test Facility in Amarillo, Tex.

During the flight, he performed Hover In Ground Effect repositioning, pattern flight and roll-on landings.

“One of the keys to this successful S&T demonstration effort is the nature by which the government and industry partners have completely teamed not only during the analysis, design and early qualification efforts, but also for the flight test activity,” said JMR TD Program Director Dan Bailey in a U.S. Army press release.

FVL will deliver the next generation of vertical lift aircraft to the Joint Warfighter, providing the speed, range, payload, and mission systems critical to successfully engaging the enemy in future operations.

AMRDEC personnel have been fully involved in the demonstrator effort including integration of experimental test pilots and flight test engineers into the mixed flight test team. Army pilots will take part in additional flights throughout the test program.

“With Army combat-experienced, experimental test pilots embedded in Bell’s test team, we have a unique opportunity to help bring the project across the finish line and also develop insights valuable to the FVL initiative. We’re very proud of CW3 Wiggins,” said Director of the Aviation Development Directorate, Dr. Bill Lewis.

Four agreements were awarded under the JMR TD to AVX Aircraft, Bell Helicopter, Karem Aircraft, and a team of Sikorsky-Boeing for initial designs with the Bell and Sikorsky-Boeing efforts funded to build and fly technology demonstrator aircraft.

Bell’s first flight with an Army pilot is another on-schedule milestone in an effort that was awarded in September 2013, with Preliminary Design Review in 2014, Critical Design Review and start of aircraft assembly in mid-2015, and assembly complete in early 2017.

Safe and survivable, the design features integrated cabin armor, fly-by-wire component redundancy, state of the art countermeasures and performance. Advanced tilt-rotor speed and range provides commanders access not currently available. With more than twice the speed and range of current helicopter platforms, the V-280 provides access to get to the objective while providing superior agility at the objective. Airborne battle boards bring fused data and mission updates to the cabin for real-time tracking.

Special emphasis has been placed on reducing the weight of the V-280 in comparison to the V-22, which in turn would reduce cost. To do this, composites are used extensively in the wing, fuselage, and tail. Wing skins and ribs are made of a honeycomb-stiffened “sandwich” construction with large-cell carbon cores for fewer, larger, and lighter parts. Skins and ribs are paste-bonded together to eliminate fasteners. With these measures, costs are reduced by over 30 percent compared to a scaled V-22 wing. Bell expects the V-280 to cost around the same as a AH-64E or MH-60M. While the Osprey has a higher disk loading and lower hover efficiency than a helicopter, the V-280 will have a lower disk loading and longer wing for greater hover and cruise efficiency. 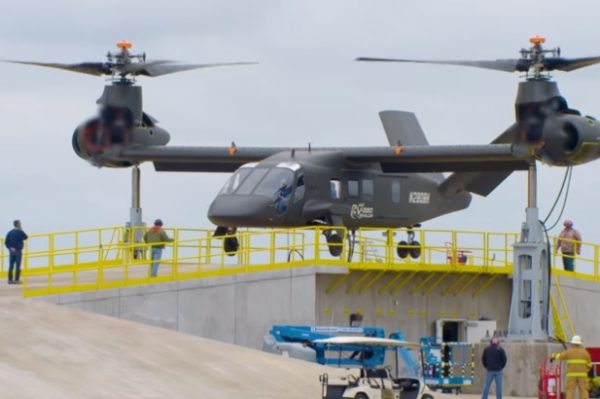 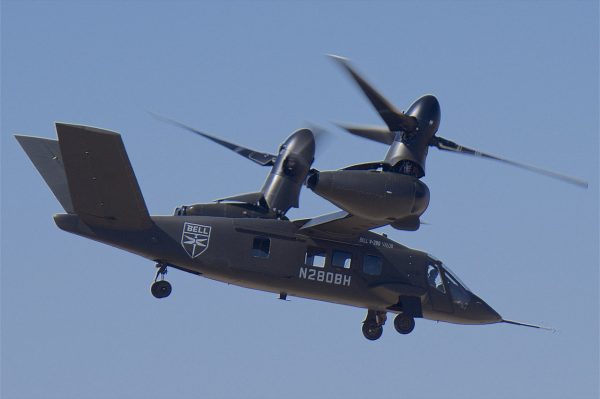 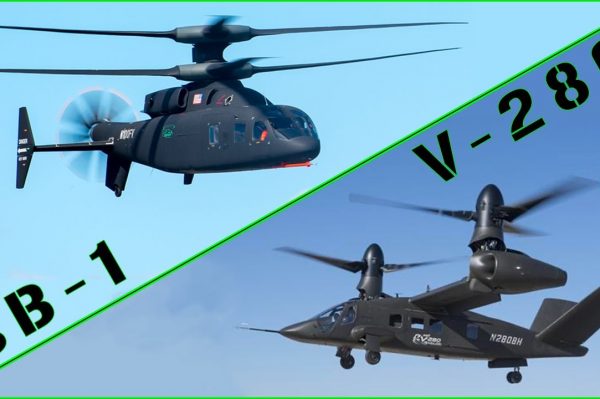