Moreover on Nov. 18, all eight RAAF C-17A Globemaster III cargo aircraft of 36sq have been parked together (briefly!) for the very first time in the service history.

On Nov. 15, 2019 for the first time ever five out of seven Royal Australian Air Force (RAAF) KC-30A Multi-Role Tanker Transport (MRTT) aircraft belonging to 33sq performed an Elephant Walk filling the 1,000 ft (300 meters) of taxiway Alpha at RAAF Base Amberley. The two other KC-30As of the RAAF were not at home.

The KC-30A MRTT is fitted with two forms of air-to-air refuelling systems: an Advanced Refuelling Boom System mounted on the tail of the aircraft; and a pair of all-electric refuelling pods under each wing.

These systems are controlled by an Air Refuelling Operator in the cockpit, who can view refuelling on 2D and 3D screens.

The KC-30A can carry a fuel load of more than 100 tonnes, and transfer part of that load to compatible aircraft, including:

It is also compatible with refuelling P-8A Poseidon surveillance aircraft, F-35A Lightning II, and foreign aircraft such as the F-16C Fighting Falcon and B-1B Lancer.

The KC-30A MRTT can remain 1800 km from its home base, with 50 tonnes of fuel available to offload for up to four hours.

In its transport role, the KC-30A is capable of carrying 270 passengers. It comes with under-floor cargo compartments which can accommodate 34,000 kilograms of military and civilian cargo pallets and containers.

Moreover, as reported by Scramble Magazine, on Nov. 18, all eight RAAF C-17A Globemaster III cargo aircraft of 36sq have been parked together (briefly!) for the very first time in the service history. The eight C-17A aircraft created a total wingspan of some 1,400 ft (420 meter).

Based at RAAF Base Amberley, all eight C-17As are operated by No. 36 Squadron, and provide a logistics backbone for Australian Defence Force operations overseas. This has included operations in the Middle East and Afghanistan, as well as East Timor.

C-17As have supported personnel on deployments, and been an integral part of disaster relief and humanitarian missions.

Past operations have included: 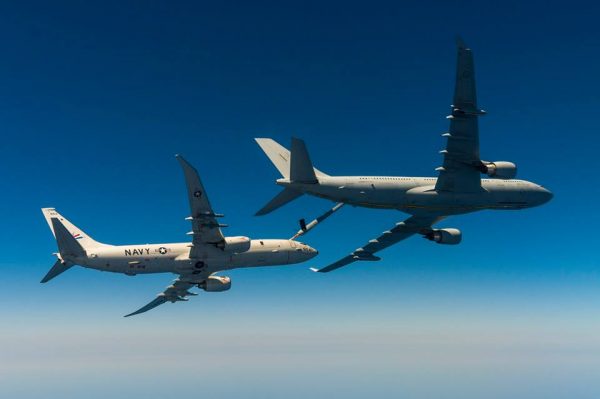 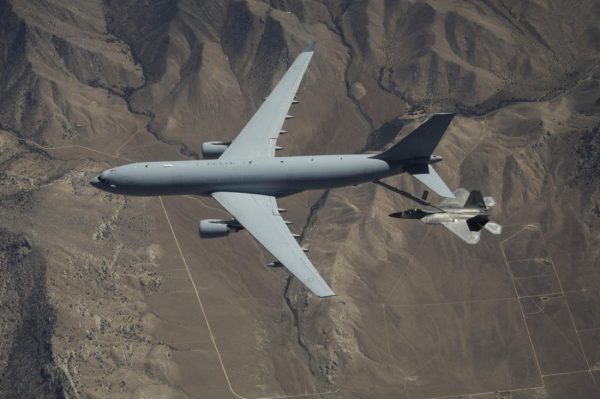