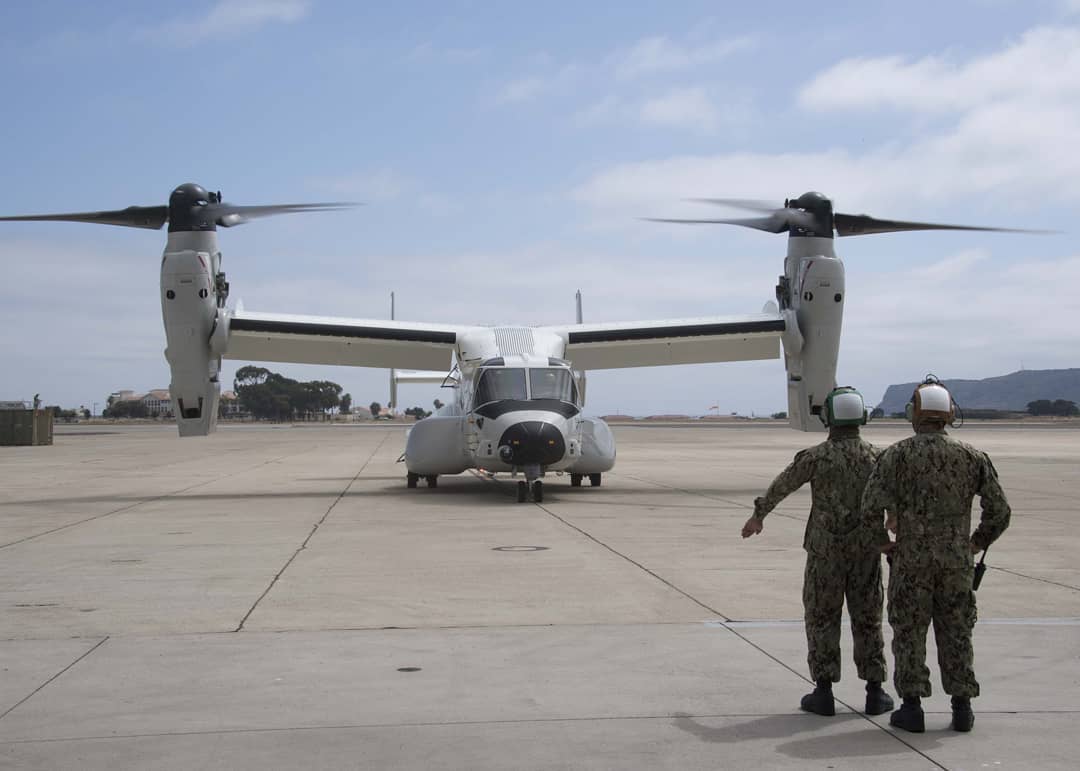 The V-22 is based at Fleet Logistics Multi-Mission Squadron (VRM) 30 at Naval Air Station North Island in San Diego.

Bell Textron and Boeing delivered the first CMV-22B for fleet operations to the U.S. Navy on Jun. 22, 2020. The V-22 is based at Fleet Logistics Multi-Mission Squadron (VRM) 30 at Naval Air Station (NAS) North Island in San Diego.

“This first fleet delivery marks a new chapter of the V-22 Tiltrotor program providing enhanced capabilities and increased flexibility to the US Navy as they conduct important operational missions around the globe,” said Shane Openshaw, Boeing vice president of Tiltrotor Programs and deputy director of the Bell Boeing team, in the company news release.

This aircraft is the third overall delivery to the U.S. Navy. Bell Boeing delivered the first CMV-22B at NAS Patuxent River in February for developmental testing, followed by a second in May. The Navy variant V-22 will take over the Carrier Onboard Delivery Mission (COD), replacing the C-2A Greyhound.

“We are thrilled to bring the Osprey’s capabilities as a warfighting enabler and its ability to provide time sensitive logistics to the men and women deployed around the world in support of U.S. Navy operations,” said Kurt Fuller, Bell V-22 vice president and Bell Boeing program director.

The CMV-22B and C-2A Greyhound conducted a symbolic passing of the torch flight in April.

“The CMV-22 will be a game-changing enabler to the high end fight supporting the sustainment of combat lethality to the carrier strike group,” said US Navy Capt. Dewon Chaney, Commodore, Fleet Logistics Multi-Mission Wing. The multi-mission capabilities of the CMV-22, already recognized, will be realized in Naval Aviation’s Air Wing of the future. The arrival of this aircraft is the first of many steps to that becoming reality.”

The CMV-22B carries up to 6,000 pounds of cargo and combines the vertical takeoff, hover and landing (VTOL) qualities of a helicopter with the long-range, fuel efficiency and speed characteristics of a turboprop aircraft. 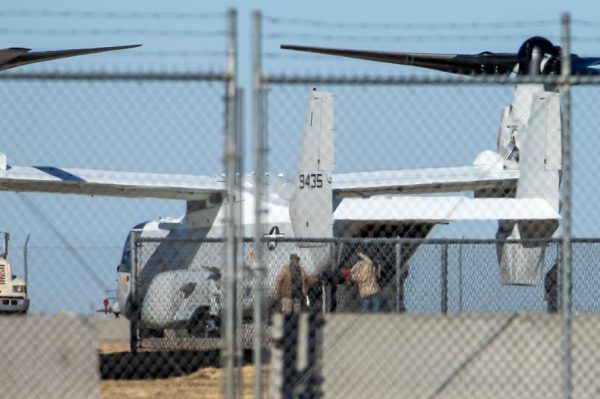 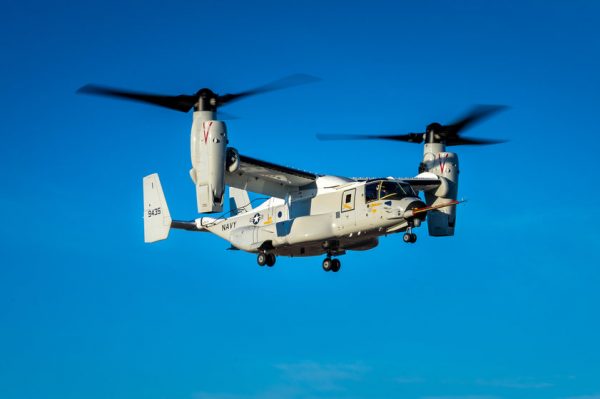 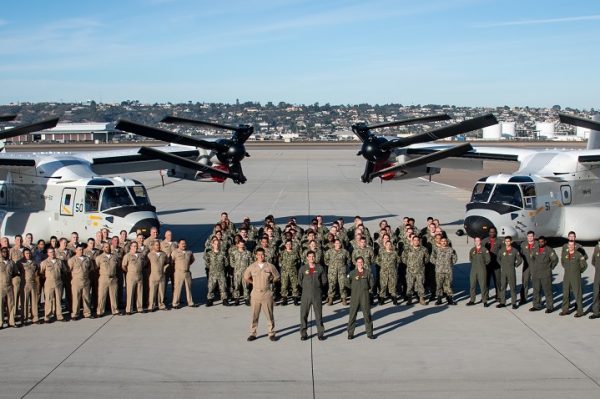