Log In Sign Up
Homepage Military AviationFIND OUT HOW THE T-38 TALON JET TRAINER POSED A CREDIBLE THREAT TO F-22 AND F-35 STEALTH FIGHTERS DURING EX. ATLANTIC TRIDENT 17 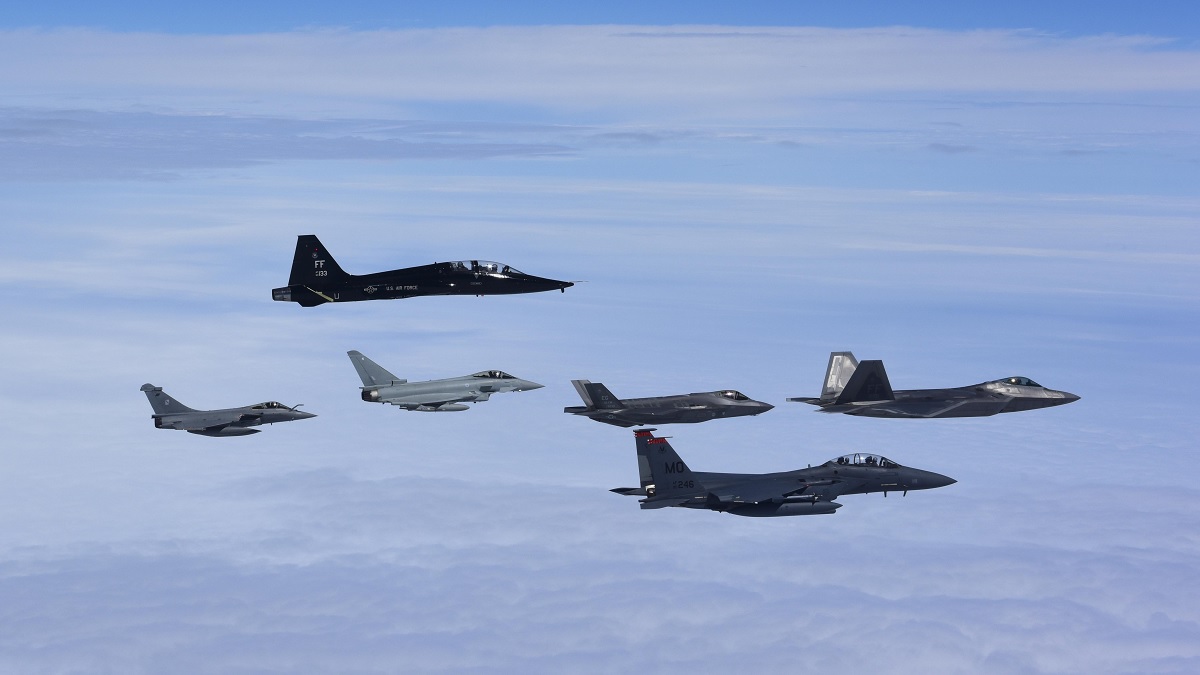 FIND OUT HOW THE T-38 TALON JET TRAINER POSED A CREDIBLE THREAT TO F-22 AND F-35 STEALTH FIGHTERS DURING EX. ATLANTIC TRIDENT 17

Even though challenging the F-22 and F-35 is almost impossible,  through their mass in numbers and understanding, the red air adversaries were able to pose a credible threat to the latest cutting edge fighters that took part in Atlantic Trident 17

Even though as we have recently explained challenging the F-22 and F-35 is almost impossible, as reported by Staff Sgt. Natasha Stannard, 633rd Air Base Wing Public Affairs, in the article Art of War: fifth-gen, allies train to defeat future adversaries, through their mass in numbers and understanding, the red air adversaries were able to pose a credible threat to the latest cutting edge fighters that took part in the exercise.

The drill in fact featured the U.K. Eurofighter Typhoon, and the French Dassault Rafale along with the U.S. F-22 Raptor and F-35 Lightning II, while U.S. Air Force (USAF) F-15E Strike Eagles flanked the T-38 Talons in playing the roles of adversary aircraft.

“Having a former (F-22) Raptor pilot flying the T-38 essentially allows them to get inside our brains a little bit; they know where a good plan could fail,” said Capt. Michael, a 94th Fighter Squadron F-22 Raptor pilot. “For me, and I think any blue pilot in general, when you see a lot of adversaries out there, you have that, ‘Alright, here we go,’ moment. It’s a problem to solve and that’s what we like doing, solving problems out there.”

Moreover, as told by Lt. Col. Charles Hebert, the 71st FTS commander and an aggressor pilot, the red air pilots, like 1st Lt. Duston “Champ” Obrien, the 71st FTS aircraft commander, don’t need Raptor cockpit experience to understand what the Raptor can do, or to expose any weaknesses that might unveil during a coalition training like Atlantic Trident 17.

“A guy like Champ (Obrien) has flown adversary air and even though he doesn’t have fighter jet experience prior to being here, he’s as capable as anybody in the squadron flying adversary air,” Hebert said pointing to a 71st FTS adversary T-38 pilot. “He briefs and debriefs with the Raptor (pilots) day-in and day-out; he’s deployed, he’s mission planned for the Raptor, he’s flown Raptor sims; the guy knows how the Raptor employs in a broad sense. Therefore, he knows how to fight against it and may expose weaknesses.”

According to Michael, finding those weaknesses is what the exercise was all about.

During each sortie the blue and red teams went into the fight with a coach that talked over the plan, the expected interruptions and contingencies. In this way, if the blue team experienced something they didn’t see coming, this could be added to their books for use in future operations against real adversaries.

Actually the Raptors non only partnered with allied nations to take on red air, but also teamed up with a fellow fifth-generation fighter, the F-35 Lightning II.

While both the Raptor and Lightning provide fifth-generation stealth capabilities, the aircraft strengths are in different specialties that, when combined with fourth-generation partners, create an ideal line-up.

“What this exercise really helps us with, in regard to our foreign partners, is figuring out how are we going to integrate and how we all get on the same sheet of music, so that when something kicks off, we can go in there with very little prep time and know how we’re going to integrate with those forces,” said Hebert. “It’s the same with the F-35 just coming online and the unique challenges that the aircraft brings to the fight. It’s about how we come together and work together to maximize the efficiency of the entire fighting force out there.”

During the exercise the fighters played different roles: while the French and Royal air forces’ fourth-generation fighters act as the linebackers bringing a larger fleet and a heavy load of weapons, the F-22 and F-35 act as running-backs and quarterbacks, bringing a stealth aspect but specializing in different areas.

“Where we do our work best is in those separate arenas,” said Michael. “The F-35 takes care of the air-to-ground while backing us up in the air-to-air side of the house and vice versa.”

As told by Stannard, in addition to fine tuning tactics, techniques and procedures between the U.S., French and Royal air forces against future adversaries, Atlantic Trident 17 also aimed to give future F-22 pilots a unique perspective through the red air program. Much like the advantage red air has in understanding the F-22, the adversaries learn to think like an enemy.

“What benefits adversaries like Champ (Obrien) is, he is thinking about adversary weapons all the time because he is employing them during this assignment,” said Hebert. “When he moves over to the Raptor, he’s going to have that filed in the back of his mind knowing what kind of threats, and depending on what part of the world he is in, what weapons they have.” 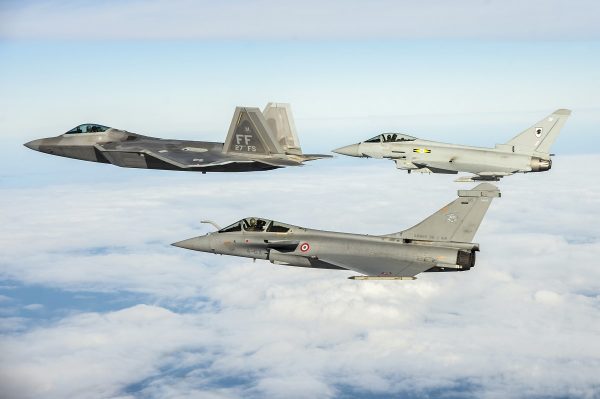 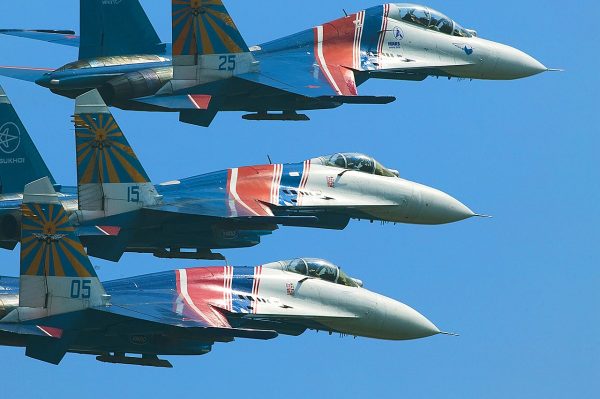