Log In Sign Up
Homepage Aviation HistoryFamous pilot and historian Walter J. Boyne explains why the 10:1 victory loss ratio of USAF F-86 pilots against MiG-15 pilots during the Korean War was just propaganda 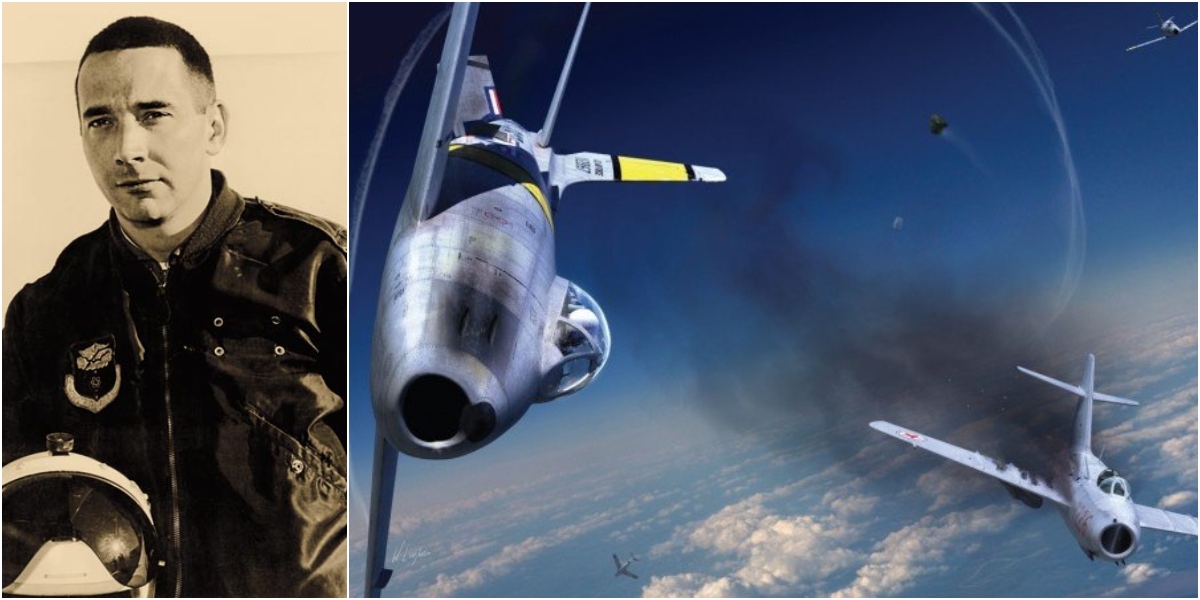 The MiGs were so good that in October 1951, they succeeded where the pilots of the Luftwaffe had failed in World War II: they inflicted such losses on the B-29s that the Air Force was forced to abandon daylight bombing missions and use the Superfortresses only at night for the rest of the war.

Between December 1950 and July 1953, the northwest corner of North Korea between the Chongchon and Yalu rivers bore witness to an air campaign unlike any other before or since. It was fought almost exclusively by two antagonists: those flying the US Air Force’s premier air superiority day-fighter, the North American F-86 Sabre, and those flying the Soviet Red Air Force’s powerful interceptor, the Mikoyan-Gurevich MiG-15.

Long believed in the West to have been a one-sided affair, the battle for the skies over Korea was in actuality one of the fiercest aerial conflicts of the 20th century. Of the many myths that emerged following the end of the Korean War, the prevailing one in the West was that of the absolute supremacy of USAF pilots and aircraft over their Soviet-supplied opponents. Exaggerated claims of success over “MiG Alley,” the northwestern part of Korea where the majority of aerial fighting took place, saw, amongst many other fabrications, a 10:1 victory-loss ratio attributed to the USAF pilots flying the F-86 Sabre against their Communist adversaries in the MiG-15. Such claims would go unchallenged until the end of the Cold War, when Soviet conflict records were finally opened.

From that point onwards, a very different story began to emerge. Far from decisive American victories over an unsophisticated opponent, the aerial battles of the Korean War were, at least in the early years, evenly matched affairs, fought to an approximate 1:1 victory-loss ratio.

‘The appearance of advanced MiG-15 jet fighters, secretly flown by experienced Red Air Force pilots, made operations by B-29s and F-8os over North Korea extremely dangerous. As a result, the Fourth Fighter Wing, equipped with the new F-86 Sabre, was sent to Korea to counter the Soviet air threat,’ says Col Walter J. Boyne – former B-50, B-47 and B-52 pilot historian, novelist and Air and Space Museum director who passed on Jan. 9, 2020 – in Thomas McKelvey Cleaver’s MiG Alley: The US Air Force in Korea, 1950-53.

‘Much of what has been recorded as “official history” of the Air Force in the Korean War is little more than recycled wartime propaganda. In the past 65 years, Korea has become the “forgotten war” to most Americans, and as a result few historians have challenged these “facts.” One of the main myths is that the pilots who arrived in Korea in December 1950 with their Sabres were combat-experienced veterans of World War II. In fact, it was the Sabre pilots who faced combat-experienced enemies during 1951, a year that US pilots called “The Year of the Honcho,” during which the Americans played catch-up with their opponents. Captain Dick Becker, recognized as the second Air Force “MiG Ace” of the war (but the first whose victories are all confirmed by Soviet loss records), said of the fighting in 1951:

“There was no 14-to-1 kill ratio when I was there. The guys we flew against were good, and they were as committed as we were. Every fight that I was in was decided by the guy in the cockpit who was better able to take advantage of the moments presented by luck. The MiG-15 was a dangerous opponent. We were very evenly matched and I am certain that overall in that first year, we fought them to a draw.”

‘The MiGs were so good that in October 1951, they succeeded where the pilots of the Luftwaffe had failed in World War II: they inflicted such losses on the B-29s that the Air Force was forced to abandon daylight bombing missions and use the Superfortresses only at night for the rest of the war. Even with the Sabres providing cover over MiG Alley to block the MiG-15s from getting at the fighter-bombers over North Korea, the Russians and later the Chinese became such a threat that, by late 1952, fighter-bomber missions were not flown into MiG Alley until more Sabre-equipped fighter wings arrived as reinforcements in 1953, and even then the fighter-bombers were in seriously dangerous air north of the Chongchon River.’

‘Regardless of the validity or accuracy of Air Force claims of enemy aircraft shot down, or of aircraft lost in combat, one thing stands clear: despite being outnumbered by as much as 10:1 during 1951 and much of 1952, the Air Force was successful in maintaining air superiority over North Korea. No Red Air Force combat aircraft ever flew over the battlefield on the 38th Parallel during three years of war. This is an accomplishment that is even more impressive when based on more realistic facts and figures than were given out at the time. Korea was a hard-fought war from the first day to the last.’

MiG Alley: The US Air Force in Korea, 1950-53 is published by Osprey Publishing and is available to order here. 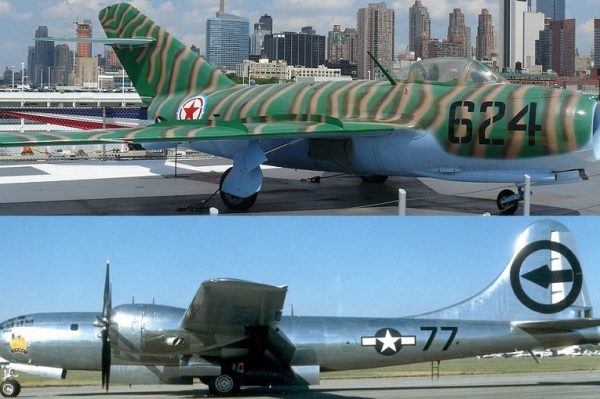 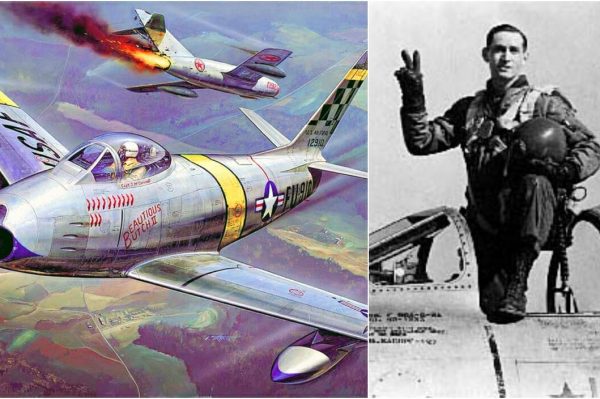 MiG Madness and the Story of George Davis, the Only American Ace to be Killed in Combat in Korea