Log In Sign Up
Homepage Cold War EraFalcon Frustration: the F-4D, the AIM-4D and the mission that prevented Robin Olds from becoming a jet ace 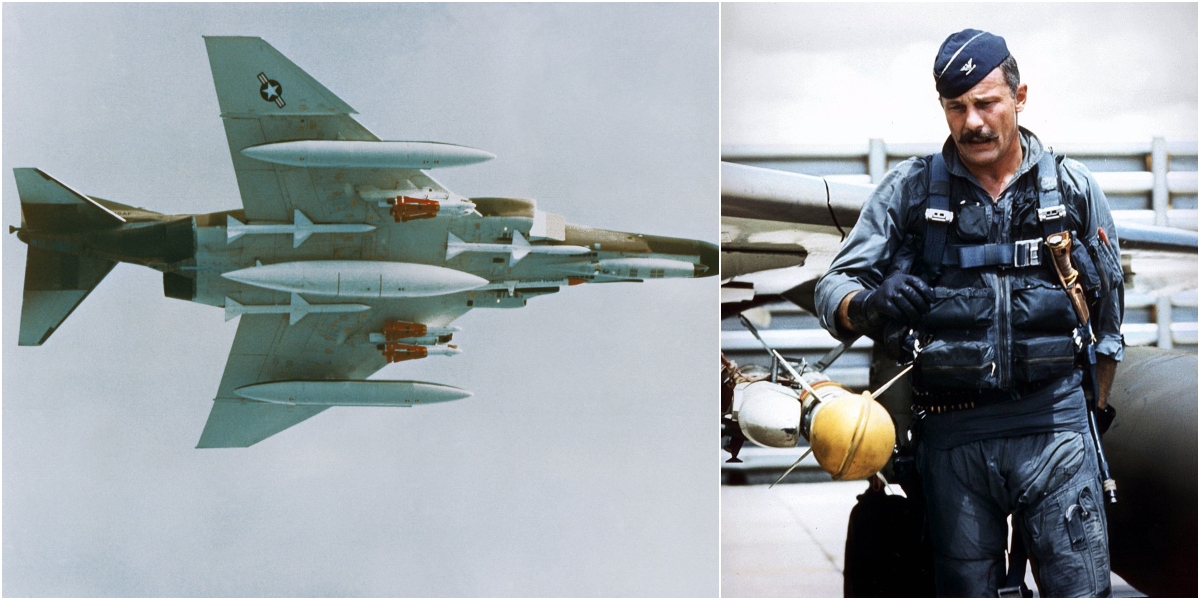 Falcon Frustration: the F-4D, the AIM-4D and the mission that prevented Robin Olds from becoming a jet ace

Early F-4Ds had in important alteration in their secondary air-to-air armament. While the AIM-7 Sparrow was retained, AIM-9 Sidewinder wiring was removed and replaced with equipment for the Hughes AlM-4D Falcon missile.

In late May 1967 the first examples of the new F-4D Phantom II variant arrived at Ubon for the 555th TFS. In the D-model, the emphasis was in much better bombing capability.

Block 26z-33ag aircraft had the first fully operational F-4D avionics suite, including the General Electrics (GE) AN/ASCU-22 lead computing optical sight set (LCOSS) in place of the primitive, manually-depressed sight in the F-4C. These aircraft were also wired for GE’s SUU-23/A gun pod. Although the new variant was designed mainly to be a better tactical bomber, it became the most successful MiG destroyer in the Vietnam War, with 44 kills to its credit.

As explained by Peter E Davies in his book USAF F-4 Phantom II MiG Killers 1965-68, early F-4Ds also had in important alteration in their secondary air-to-air armament. While the AIM-7 Sparrow was retained, AIM-9 Sidewinder wiring was removed and replaced with equipment for the Hughes AIM-4D Falcon missile. The latter were mounted in pairs on `slant two’ LAU-42 launchers that contained piping for gaseous nitrogen cryogenics to cool the missiles’ infra-red seeker heads. The installation was tested at Eglin AFB in late 1965 during Project Dancing Falcon, and on paper at least, the missile gave better detection capability than the AIM-9B and an expanded acquisition envelope.

The Falcon had been used by Air Defense Command since its IOC (Initial Operational Capability) in 1956 as the world’s first fully guided air-to-air missile, and its development dated back to 1947. The USAF’s selection of the weapon as its close-in, dogfighting missile was reinforced by inter-service rivalry, since the AIM-9 was very much a US Navy-led programme. In Brig Gen Robin Olds’ opinion;

`The word was that the Air Force, in a fit of righteousness, wanted an air-to-air missile they could call their own. The powers in Systems Command must have tired of having to kowtow to the Navy in testing and improving the AIM-9. They wanted a missile of their own devising and picked the existing AIM-4 as a solution. What a farce!’

His reactions were based on bitter experience with a missile system that demonstrated big technical problems from the outset. These centred around the comparatively long cooling time (at least 4.2 seconds) for the Falcon’s seeker head, which meant that the AIM-4 could not be set up for a quick Iock-on and launch during a dogfight. The missile was inoperative once its liquid nitrogen coolant had been used up.

The USAF’s Red Baron report described the firing process for the AIM-4 as the most complex for any aerial missile in its entire inventory. A further problem was its lack of a proximity fuse (unlike the AIM-9B), which meant that direct hit was required with the small, 7.5-lb explosive warhead in order to achieve a kill. Because of the missile’s disappointing performance in combat with the 8th TFW, a later AIM-4H version of the weapon was dropped.

The US Navy, meanwhile, simply went ahead with developing an improved Sidewinder (the AIM-9D)), which had a much better hit rate than the AIM-9B. The latter had been moderately successful in use with the F-4C, but a better missile was certainly needed. Mai Gen Dick Pascoe had experience of both the early Sidewinder and the Falcon in combat, and was fully aware of the shortcomings of both weapons;

‘On my 6 January 1967 mission, I was able to maintain a position of advantage behind the second element of MiG-21s after I had shot the leader down. However, even though I fired three AIM-9s during the turning engagement, none found the target due to the weapon’s limitations. To address this generally recognised deficiency, a decision was taken to adapt existing AIM-4s to the F-4 as a potentially enhanced dogfighting weapon. Having flown the AIM-4-equipped F-102, I was familiar with the Falcon’s characteristics and limitations. Unfortunately, the AIM-4 was declared unfit (at Ubon) before I was able to convince the 8th TFW of its merits.

`While the Falcon’s flight dynamics were better than the AIM -9’s, the arming and firing process was more complex — certainly in a dogfight environment. The AIM-4 was a hit-to-kill weapon, and to achieve the required accuracy it used nitrogen to super-cool the seeker head before launch. This design is effective, but adds a degree of complexity to the missile launch sequence. In the all-weather interceptor application, the added complexity was managed by the weapons system. However, in the F-4D application, the pilot had to decide to fire the weapon 90 seconds prior to it actually leaving the aircraft, as he had to push a button to discharge the nitrogen and then fire the missile within a lapsed time of between two to three minutes after the nitrogen had been discharged! Not An easy task to complete in a 6g turning fight.’

Like Robin Olds, fellow ‘Wolfpack’ MiG killer Brig Gen David Williams was not a fan of the AIM-4 either;

`Pilots much preferred to employ the Sidewinder because it was more reliable, required less cockpit procedure and incorporated a proximity fuse. The AIM-4 was a hit-to-kill missile, and the pilot had to go through a “Mickey Mouse” (“hit the tit” twice) cockpit procedure to cool the missile’s seeker head, uncage the gyro, then secure a “high tone” IR signal from the seeker head before he could launch the missile. As a consequence, we tended to rely more on the Sparrow because we appreciated its proximity fuse and the missile’s reliability.’

The ‘Wolfpack’s’ first combat engagement with AIM-4D-armed Phantom IIs took place on 2 June 1967. A MiGCAP element of two Sidewinder armed F-4Cs and a pair of F-4Ds attempted to pick MiG-17s out of a defensive ‘wheel’ formation of eight fighters. Two Falcons, four Sparrows and three Sidewinders were fired and none scored a hit.

A second opportunity came three days later in the air battle that gave to Pascoe and his ‘GIB’ 1Lt (later Capt) Norm Wells their second kill. Once again, the MiGCAP flight included a mixture of F-4Cs and Ds. Maj Gen Pascoe recalled;

‘It was decided to fly the AIM-4s in positions 1 and 3 and the AIM-9s in positions 2 and 4 in each flight. That mix was intended to back up the Falcons with Sidewinders in the event that the Falcons didn’t perform up to expectations. In my case, that was how it worked out. After Col Olds had either fired or “stepped through” his AIM-4s, I downed a MiG-17, hitting it with both of the AIM-9s that I fired. The result was that the AIM-4 was declared unfit for combat in engagements requiring visual acquisition another of the many lessons learned in the South-East Asia conflict which have led to the array of devastating weapons systems available to out- fighting forces today.’

The failure of the Falcon in these June 1967 missions eventually prompted changes, and in mid-January 1968 the 8th TFW MiGCAP configuration was altered through the creation of a ‘Fast CAP’ flight that was to deal exclusively with MiG-21s. These F-4s had AIM-9s in place of AIM -4s, a 600-gallon tank in place of the gun pod and one ECM pod.

Returning to the 5 June 1967 mission, Col Olds’ first two shots from ‘Chicago 01 ‘ as he broke into a MiG ‘wheel’ were AIM-4s, fired within textbook parameters. One missile failed to guide and the other did not leave the launch-rail! Giving up on the AIM-4s, he then released all four of his AIM-7s in boresight mode and none of them guided correctly either! Col Olds was denied his fifth kill, and jet ace status. 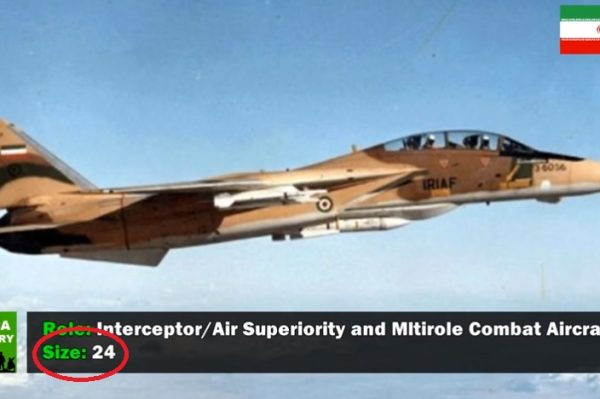 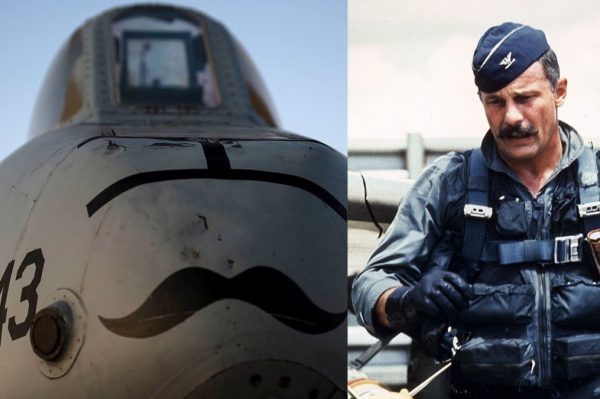