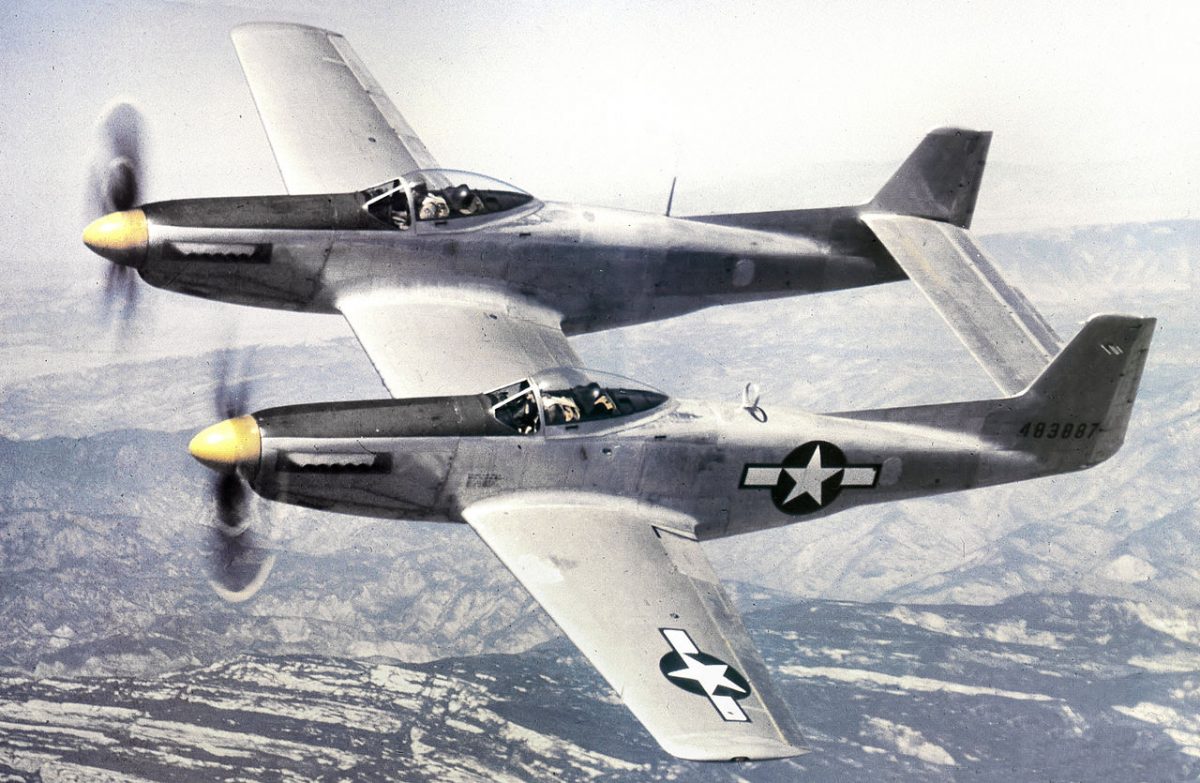 “Our first burst hit the rear of the fuselage and knocked some pieces off. The Yak pilot racked it over in a steep turn to the right and we gave him another burst along the right wing…,” 1st Lt C. Fraser, F-82 Twin Mustang navigator.

The F-82 was the last propeller-driven fighter acquired in quantity by the US Air Force. It appears to be two P-51 Mustang fuselages on one wing, but in reality it was a totally new design. The Twin Mustang carried a pilot and co-pilot/navigator to reduce fatigue on long-range bomber escort missions. Production deliveries did not begin until early 1946, too late for World War II. After WWII, Air Defense Command flew radar-equipped F-82Gs as replacements for the P-61 night fighter. During the Korean War, Japan-based F-82Gs were among the first USAF aircraft to operate over Korea.

On Jun. 27, 1950, the North Korean Army (KPA) broke through the Republic of Korea Army (ROKA) positions around Seoul and the Korea People’s Army Air Force (KPAAF) concentrated on targets in the ROKA rear areas.

As explained by Michael Napier in his book Korean Air War, the KPAAF Il-10s carried out airstrikes on Anyang rail station and military targets between Seoul and Suwon. The US military had already realized that Seoul would fall sooner rather than later and an emergency air evacuation had been quickly arranged for all remaining US and UN personnel. A fleet of two C-54 and 11 Douglas C-47 Skytrain transports was assembled together from disparate units in Japan to extract the remaining personnel from Kimpo Air Base, starting at dawn. The transport aircraft were heavily escorted by F-82s with a high cover of F-80s.

The US mission was unimpeded during the morning, while the KPAAF concentrated on other objectives, but in the afternoon a Yak-11 led four Yak-9Ps to disrupt the evacuation airlift. In order to reach the transport aircraft, the KPAAF fighters first had to get through the F-82 Combat Air Patrol (CAP).

Crossing Seoul at 10,000ft, they dived onto the four F-82s of the 68th Fighter (All-Weather) Squadrons (68th F(AW)S), which formed the low CAP at 4,000ft. Although the USAF crews were taken by surprise and took some hits, they were able to turn the tables. Moments later, the Yak-11 became the first air-to-air casualty of the Korean War when it was shot down by 1st Lt W. G. Hudson and 1st Lt C. Fraser.

‘We were circling over Kimpo when two North Korean fighters came up out of some low clouds and started after Charlie Moran and Fred Larkins, who were flying the Number Four ship in our flight. The North Korean’s shooting was a little better than yesterday and they shot up Charlie’s tail. My pilot ‘Skeeter’ Hudson slipped around and got on the tail of their flight leader. When the guy realised that we were there, he pulled up into some clouds and tried to shake us off. Fortunately, we were so close that we could see him even in the middle of the clouds. Our first burst hit the rear of the fuselage and knocked some pieces off. The Yak pilot racked it over in a steep turn to the right and we gave him another burst along the right wing. This set the gas tank on fire and took the right flap and aileron off. By this time, we were so close that we nearly collided with him. I could clearly see the pilot turn around and say something to the observer. Then he pulled the canopy back and climbed onto the wing. Once again, he leaned in and said something to the observer. But he was either scared or wounded as he never attempted to jump. The Yak pilot pulled the ripcord and the chute dragged him off the wing, just before the ship rolled over and went in. The whole action took place below 1,000 ft. Later we found that Moran had evaded the Yak, but in doing so he had stalled out. When he recovered, he found himself dead astern of the other Yak and shot it down.’

Reinforcements from the 339th F(AW)S on a nearby patrol joined the fray and accounted for another Yak-9P. An hour later, another attack on Kimpo airfield was mounted by a formation of nine Il-10s from Yonpo. However, as they approached their target, they were intercepted by four F-80s from the 35th Fighter Bomber Squadron (FBS), which shot down four of the Il-10s and severely damaged another. The rest of the formation scattered into the clouds and returned home.

Korean Air War is published by Osprey Publishing and is available to order here. 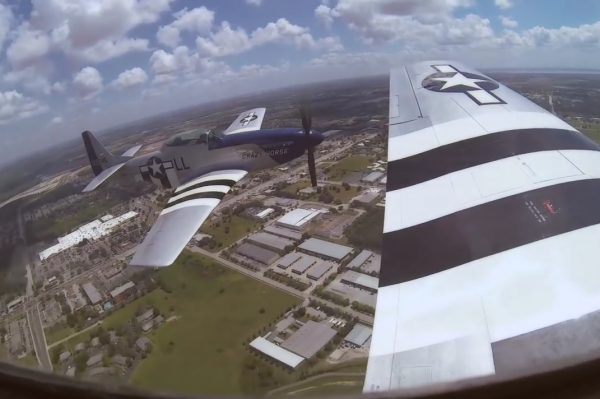 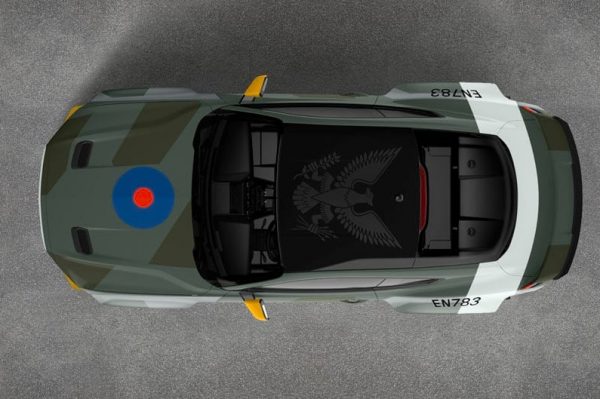