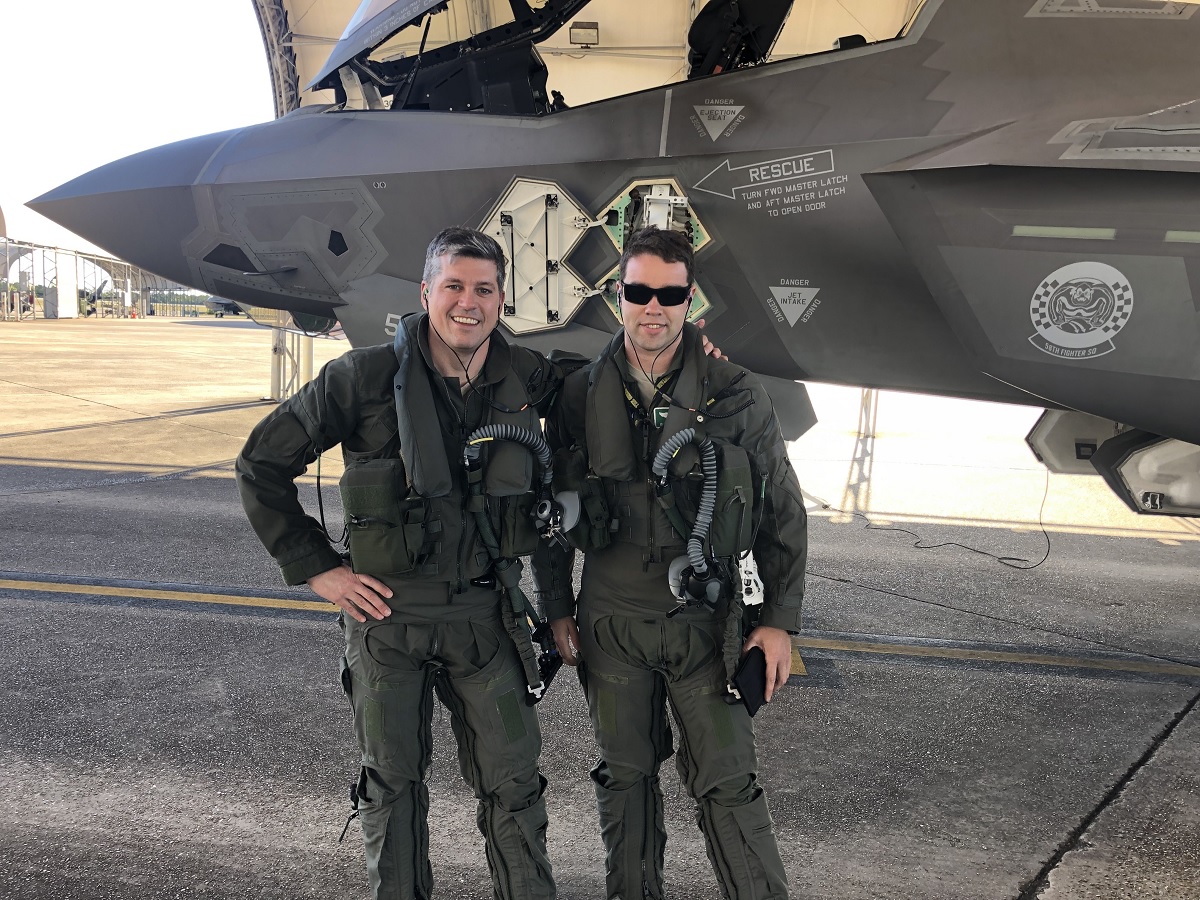 Lt. Col. Nathan Graber, a pilot assigned to the 134th Fighter Squadron of the Vermont Air National Guard, once was Devlin’s instructor when he was a new F-16 Fighting Falcon pilot. Now, as a new F-35 Lightning II pilot, it is Graber’s turn to be the student.

Two months have gone by of simulators, briefings, debriefings and over 150 hours of instruction. It leads up to being on your own, no backseat, no one with you.

There is a certain amount of anxiety that comes with the unknowns of doing something for the first time. For the first flight however, Capt. Jeremy Devlin will be there, a familiar face in roles that are now reversed.

As told by Tech. Sgt. Ryan Campbell in the article 158th FW Pilots Reunite for F-35 Lessons in Florida, Lt. Col. Nathan Graber, a pilot assigned to the 134th Fighter Squadron of the Vermont Air National Guard, once instructed Devlin when he was a new F-16 Fighting Falcon pilot. Now, as a new F-35 Lightning II pilot, it is Graber’s turn to be the student.

“I was in training from March through May,” said Graber about his time spent learning the F-35 at Eglin Air Force Base in Florida. “We relied very heavily on these simulators which are very realistic and pretty much mimic the jet in every way except they don’t move and you don’t get the same sensations as the actual aircraft.”

Joining the Air Force in 1995, Graber spent his career flying the F-16, a jet where the instructor can sit in the backseat and take control if the student pilot gets into an unsafe situation.

As luck would have it, for Graber’s first flight in the F-35 the instructor scheduled with him was Devlin, whom he has known since 2011 when Devlin was an enlisted crew chief looking to become a pilot.

“I watched him go through the whole process of getting hired into the pilot training program, become an officer, go to pilot training and come back and fly the F-16,” said Graber. “At one point I had instructed him in the F-16 when he was first getting started in really any kind of tactical fighter flying.”

Devlin, who joined the Green Mountain Boys in 2001, was with Graber every step of the way, from the mission brief, to getting his jet programmed and any last questions before he took to the skies for the first time in an F-35. The captain is on an extended active duty tour with the 58th Fighter Squadron, 33rd Fighter Wing at Eglin AFB, as an instructor pilot, and will eventually be returning to Vermont.

“The exciting thing was that I basically had that experience with him, but the roles were reversed,” said Graber. “Now he’s the instructor pilot and definitely not new at the game anymore.”

Graber said there was a certain comfort level that came with having someone he has known and trained with be there for him as his instructor. While he felt comfortable flying with any F-35 pilot, he added there was something extra about the fact it was with Devlin.

“It makes it more special that it’s now two Vermont guys flying jets down at Eglin, especially the first time,” said Graber. “I really feel privileged to be able to fly this.” 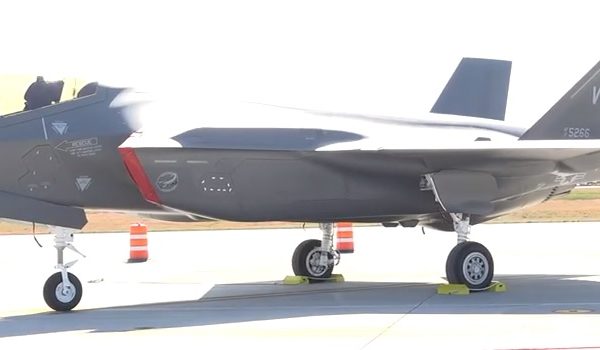