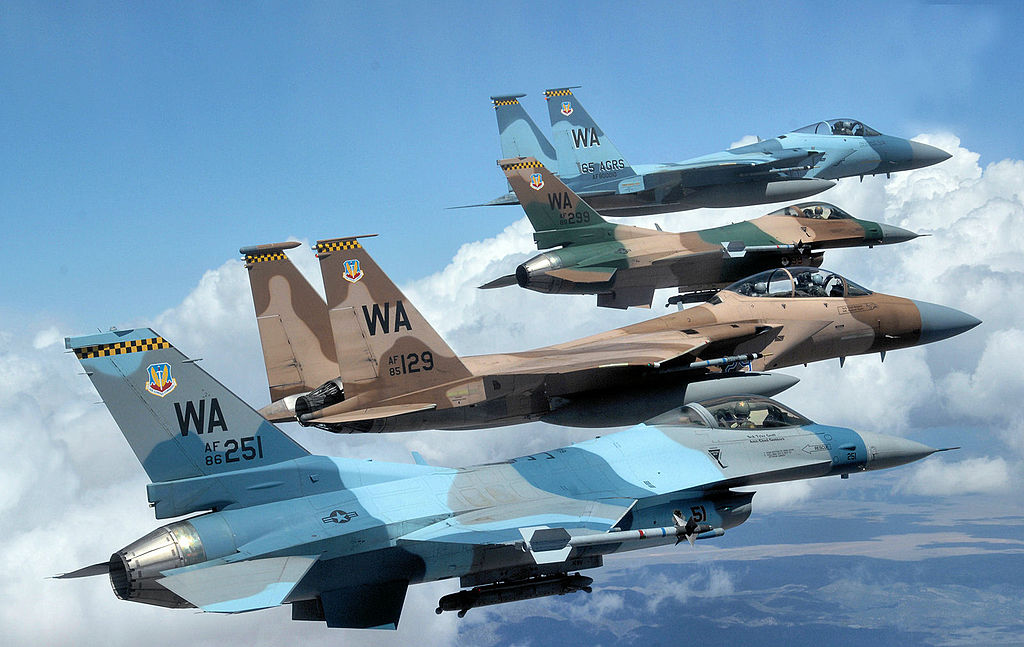 “I think the F-16 can beat just about any fighter in the world today. Of course, I’m happy to say the F-22 and F-35 are on our side!” Colonel Sonny “Blink” Blinkinsop F-16 Viper Driver.

Genesis of the successful F-16 Viper multi-role fighter aircraft lies in reaction to severe deficiencies in US fighter design revealed by the Vietnam War.

For many years in the Vietnam War era, U.S. Air Force (USAF) fighter pilots were not allowed to fight BFM (Basic Fighter Maneuvers, dogfight) against dissimilar aircraft because it was deemed “too dangerous.” The USAF paid the price for this error, however, as the first time many fighter pilots fought a dissimilar type of aircraft was in the skies over North Vietnam against a determined adversary with live missiles.

Dissatisfaction with these deficiencies led to the USAF F-15 design.

However, since many in the fighter community believed that aircraft like the F-15 Eagle were too large and expensive for many combat roles the Lightweight Fighter (LWF) was initiated. The program sought a small, lightweight, low cost, air superiority day fighter designed for high performance and ease of maintenance.

Two aircraft competed one versus the other in the LFW program the General Dynamics YF-16 and the Northrop YF-17.

On Jan. 13, 1975 at Edwards Air Force Base (AFB), Secretary of the Air Force John L. McLucas announced that the YF-16 had won the competition over YF-17 for full scale development as the USAF’s next Air Combat Fighter.

The YF-16 evolved into the F-16, a small, lightweight, low cost, air superiority day fighter designed for high performance and ease of maintenance. It achieved combat-ready status in October 1980.

“The great thing about the Viper is that it can turn an average pilot into a well-above-average pilot pretty quick,” Maj. “Cracker” McBrayer, a Viper driver, tells to John M. Dibbs and Lt. Col. Robert “Cricket” Renner for their book Viper Force 56th Fighter Wing-To Fly and Fight the F-16.

“Blade” Thornton describes what it’s like to dogfight in the Viper: “At the merge, you enjoy one last peaceful breath before pulling back on the stick and then, BAM! When your body gets hit with nine g’s, it feels like you just got run over by an NFL linebacker who is now standing on your chest making it nearly impossible to breathe. The first couple of times you experience this, your body panics and you think, ‘I’m never going to get through this; it hurts.’ The first few air-to-air sorties, you are not able to put up a good fight because you are just trying to figure out how to deal with these stresses and stay conscious.”

Today, dissimilar BFM is highly encouraged, and it is one of the most exciting missions fighter pilots fly. On those sorties, they pit themselves and their jets (and their pride!) against another pilot and his jet. In some ways, it is the modern day equivalent of jousting by medieval knights. When fighting dissimilar BFM, fighter pilots practice exploiting their jets’ strengths against their adversaries’ weaknesses.

Most Viper Drivers agree the “big mouth” Block 30 has the best BFM performance. The “big mouth” refers to the larger intake that allows the GE engine to gulp more air, thus giving more thrust. Lieutenant Colonel Philippe “Rico” Malebranche says it the “best BFM’ing Viper… because it didn’t have all the avionics, so its nose is lighter and I can get it tracking across the horizon easily.”

Malebranche has flown numerous different versions of the Viper, as well as the F/A- 18C Hornet in an exchange tour with the U.S. Navy. When asked about flying, the Viper against various dissimilar aircraft, he said, “The F- 16 is still very capable versus the F-15 or F-22. The F/A- I 8E/F Super Hornet is nowhere close to the Viper’s thrust-to-weight. We can climb 3,000 feet above the Hornet, then bunt over to put him in the HUD [for a gun shot]. The Viper is a rate fighter, whereas Hornet guys like to point and keep on pointing. When fighting the Mirage 2000, you can see the `flying Dorito’ from twenty miles away. It can give you one good turn, and then it bleeds energy very quickly. Our toughest BFM fight is against the Raptor. When we fight the F-22, it’s not a matter of trying to kill him, but to see how long you can survive!”

Colonel Sonny “Blink” Blinkinsop adds, “The F-16 does very well against dissimilar adversaries because it has the power to operate throughout the spectrum of air combat. While it is not invisible to radar, if the Viper can sneak into the visual merge it is very tough for the adversary pilot to see us. I think the F-16 can beat just about any fighter in the world today. Of course, I’m happy to say the F-22 and F-35 are on our side!” 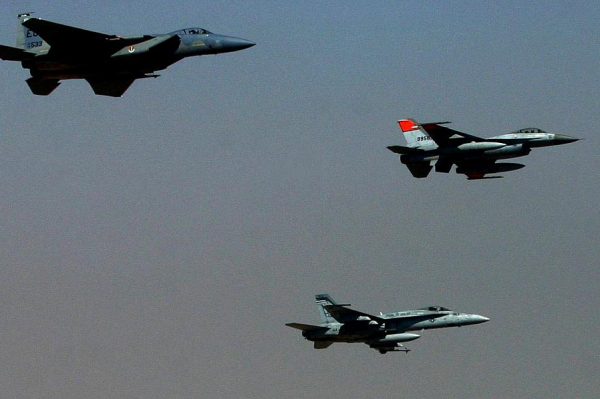 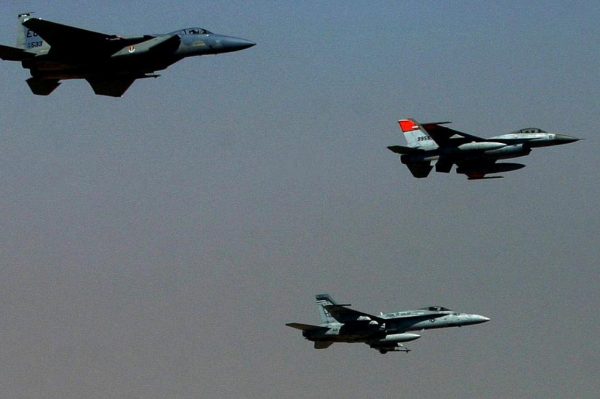 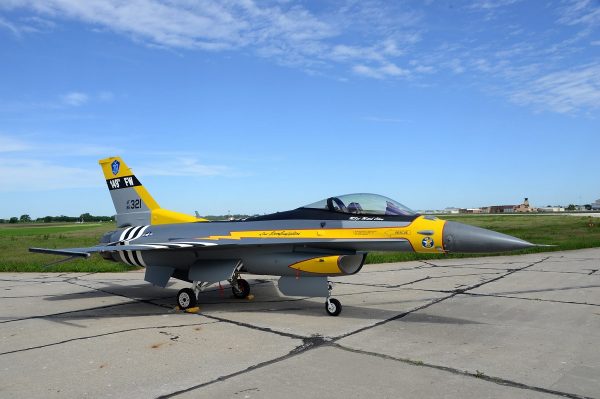