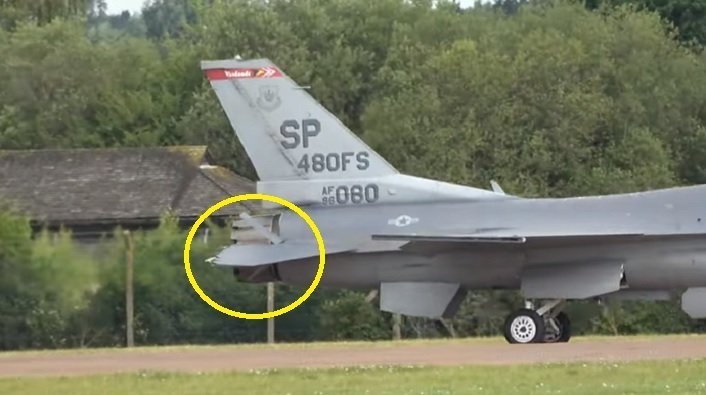 Following the damage, Maj. Garret “Toro” Schmitz spoke to the tower and stated that he thought his arrestor hook had ‘inadvertently’ lowered but, as the video in this post shows, the hook is still stowed.

The first display aircraft of the Royal International Air Tattoo (RIAT) on Sunday Jul. 21, 2019 program was the USAF F-16 Viper Demonstration Team display which was short lived as only a few minutes into the display an emergency was called, the display ceased and Maj. Garret “Toro” Schmitz climbed higher to circle while assessing the issue.

Noteworthy as the video in this post shows the F-16 suffered damage to the trailing edge of the right horizontal stabilizer/elevator.

Following the damage, Schmitz spoke to the tower and stated that he thought his arrestor hook had ‘inadvertently’ lowered but, as you can see from the footage, it is definitely still there and stowed (maybe the damage triggered a sensor to indicate that the hook is lowered).

The pilot then did an emergency landing with flight control issues.

The mishap could have been caused by delamination of the right horizontal stabilizer caused by pulling too many G’s.

A team from Spangdahlem Air Base (AB) is being sent out to asses the damage this week.

However we’re glad ‘Toro’ was able to land safely.

Toro is tasked with commanding the F-16 Viper Demonstration Team through their 2019 and 2020 seasons as they perform at approximately 40 shows across the world.

Previously assigned to the 55th Fighter Squadron, Schmitz is a combat-proven pilot with more than 2,500 flight hours in his approximate 11 years of military service. He also completed 55 combat missions in support of Operation Inherent Resolve. 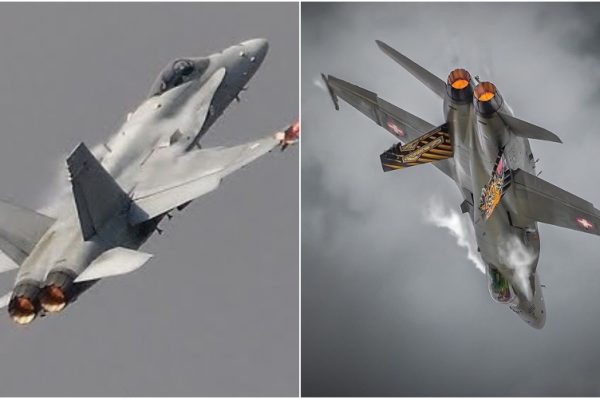