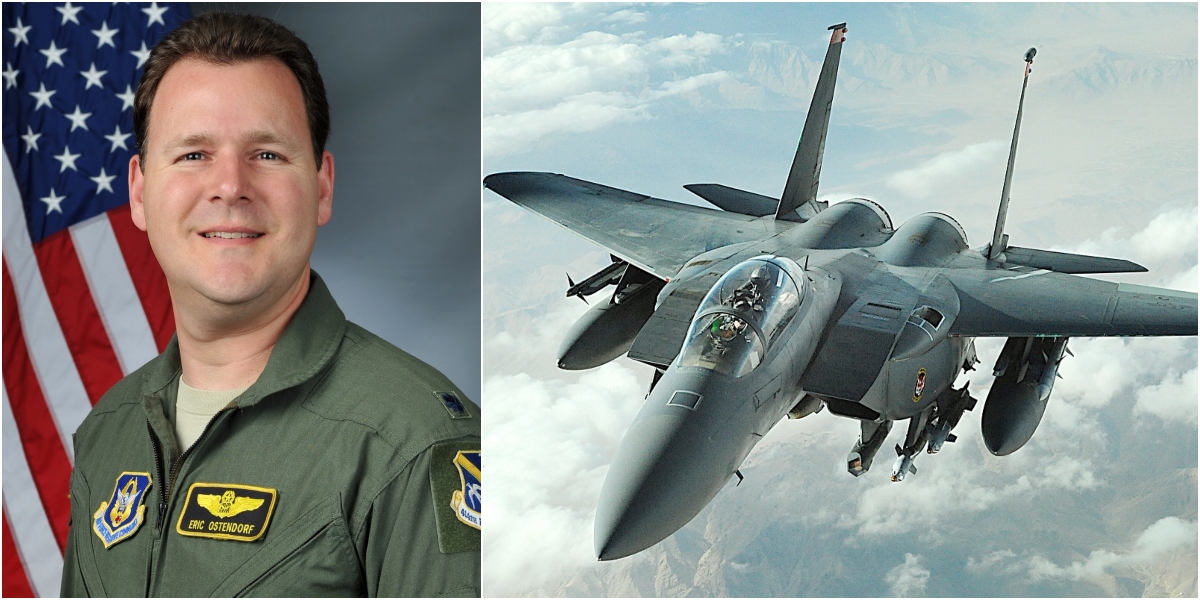 Lt. Col. Eric “Dorf” Ostendorf began his flying career with the F-111 in 1991. In 1996, he transitioned to the Strike Eagle, fell in love with the airframe, and has been flying for the last 25 years.

The year 2020 was a challenging one all around the world. So many people’s lives changed and plans were cancelled, but for one pilot he managed to reach a goal other fighter pilots hope to hit.

As told by Tech. Sgt. Courtney Richardson, 944th Fighter Wing Public Affairs, in the article New target: 5,000 flying hours, Ostendorf began his flying career with the F-111 in 1991. In 1996, he transitioned to the Strike Eagle, fell in love with the airframe, and has been flying for the last 25 years.

“What’s not to love?” Ostendorf said. “It’s multi-role, can employ almost every weapon in America’s arsenal, and continues to be upgraded and improved.”

Ostendorf served over 22 years on active-duty and only one of those was outside of the cockpit. During that time he deployed in support of Operation SOUTHERN WATCH and Operation IRAQI FREEDOM. He completed the instructor course, became an instructor pilot, and held a number of positions in and out of the flying community to include becoming chief of wing public affairs.

There came a point when Ostendorf and his family were faced with a tough decision about his active duty career, either accept a non-flying assignment or retire. After some deliberation, he chose to PALACE FRONT into the Air Force Reserve and has been in place for the last eight years.

“The decision to serve so long after being retirement eligible is a very personal one,” Ostendorf said. “I’m extremely happy I decided to continue.”

Just two years ago Ostendorf celebrated reaching the 3,000 flying hours mark with his family and friends. Reaching this milestone was, as he stated, “very satisfying” and he doesn’t plan on stopping.

“I’m looking forward to the 5,000 hour mark, if all goes well,” Ostendorf said. “My personal goal is to continue flying and teaching. I feel like I still have a lot to give and my family and I are hoping we can stay until I am required to retire by law.”

His dedication to the mission and the training of future pilots doesn’t go unnoticed.

“Dorf” is a living legend in the F-15E community,” said Lt. Col. Timothy Foery, 307th FS commander. “After transitioning from the F-111 to the F-15E, “Dorf” has been a constant force in training F-15E aircrew for combat. Achieving 4,000 fighter hours is a dream few aviators achieve and it usually happens at the twilight of their flying career. However, Dorf hit his 4K and continues strong to this very day.”

Ostendorf was fortunate enough to be offered a full-time flying position in the Reserve doing what he loves. Taking this position meant a lot to him but more important was making sure his family approved and their needs and desires were met.

“This was one of the biggest concerns when we decided I would transition,” he said, “I am fortunate that remaining in one place for so long was a decision that also made my family very happy. Many of the aspects of life as an Air Reserve Technician and a field training unit instructor lend themselves very well to maintaining a healthy work-life balance.”

The 414th Fighter Group Commander, Col. Jason Reiss, expressed with sincerity that Ostendorf is the epitome of an Air Force Reserve Citizen Airman.

“He is a bastion of knowledge, humble, approachable, credible, and has been a continuity bridge unsurpassed in the F-15E community,” Reiss said. “Beyond his incredible flying career, Lt. Col. Ostendorf knows the indelible value of family, community, and has successfully balanced the homestead with the Reserve marathon!” 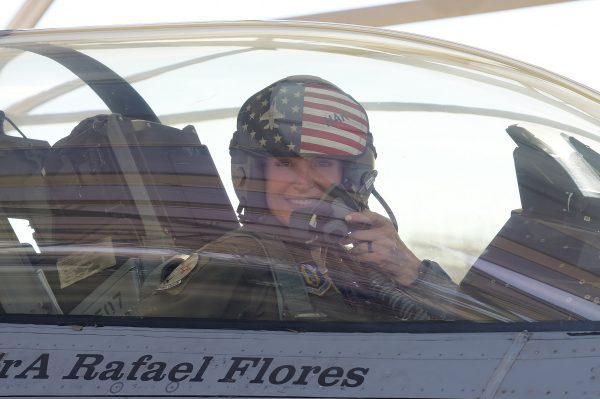