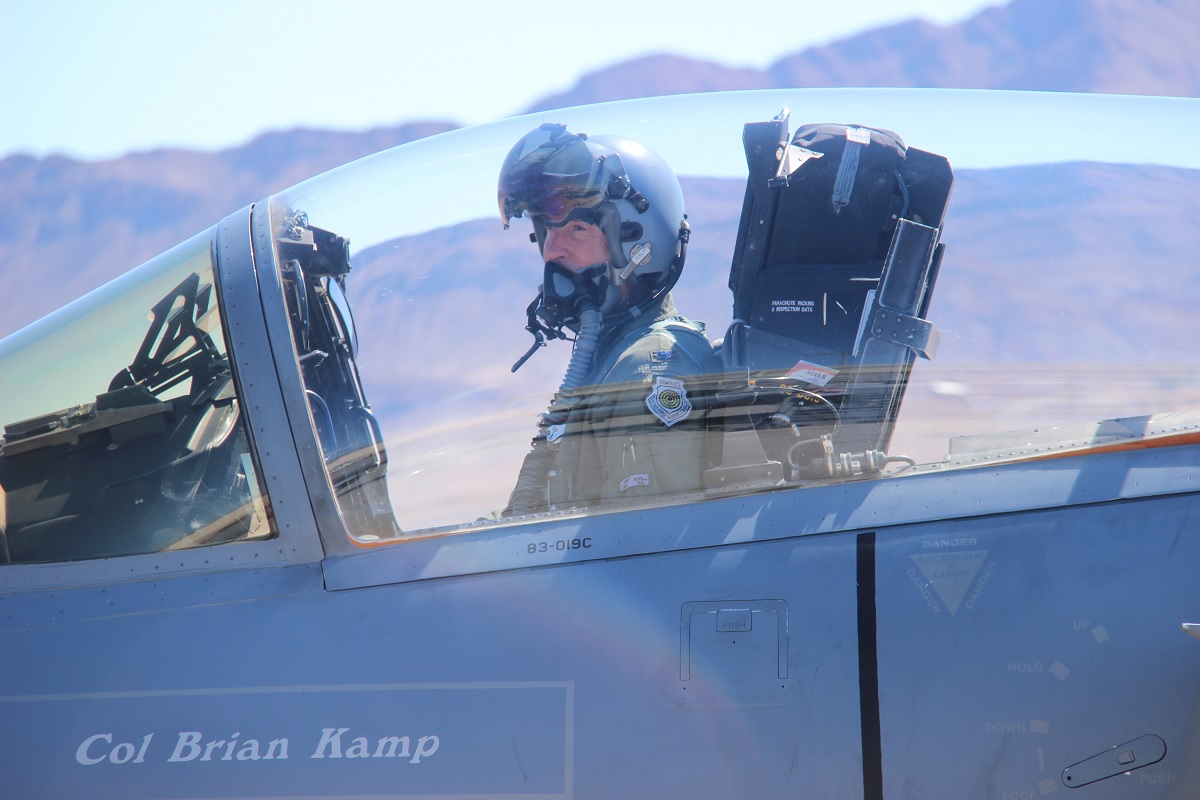 An incredible record has been set at Nellis Air Force Base (AFB).

“Although the 4,000-hour milestone was never a goal I was seeking, my passion for flying and instructing for the last quarter-century made reaching that mark inevitable,” said Kamp in the article F-15C pilot reaches 4,000 flight hours, written by Airman 1st Class Andrew D. Sarver, 99th Air Base Wing Public Affairs.

Noteworthy Kamp joined the Air Force to continue his family legacy after his father served 27 years in the Air Force and his grandfather fought in World War II on D-Day.

“I have been fortunate enough to be a pilot and instructor for this long,” said Kamp. “It’s a passion of mine especially when you see the students’ progress and improve once they understand a specific topic.”

Kamp explained he uses his good and bad experiences as examples in the classroom for students to learn and grow from, because there are very few jobs that have very real risks and dangers.

Fortunately, Kamp has never had to eject after flying more than 3,000 sorties – but that doesn’t mean he hasn’t had his fair share of close calls from being shot at in Desert Storm to having severe aircraft malfunctions and a mid-air collision.

With experience under his belt, Kamp plans to retire next March after 30 years with the Air Force.

“This milestone could not have happened without the professionalism and dedication of Eagle-Maintenance – it will be the culmination of my career,” said Kamp.

The F-15 Eagle is an all-weather, extremely maneuverable, tactical fighter designed to permit the Air Force to gain and maintain air supremacy over the battlefield.

The Eagle’s air superiority is achieved through a mixture of unprecedented maneuverability and acceleration, range, weapons and avionics. It can penetrate enemy defense and outperform and outfight any current enemy aircraft. The F-15 has electronic systems and weaponry to detect, acquire, track and attack enemy aircraft while operating in friendly or enemy-controlled airspace. The weapons and flight control systems are designed so one person can safely and effectively perform air-to-air combat.