Log In Sign Up
Homepage Cold War EraF-14’s first air-to-air kill was a gun kill. But it wasn’t scored by a US Navy Tomcat. 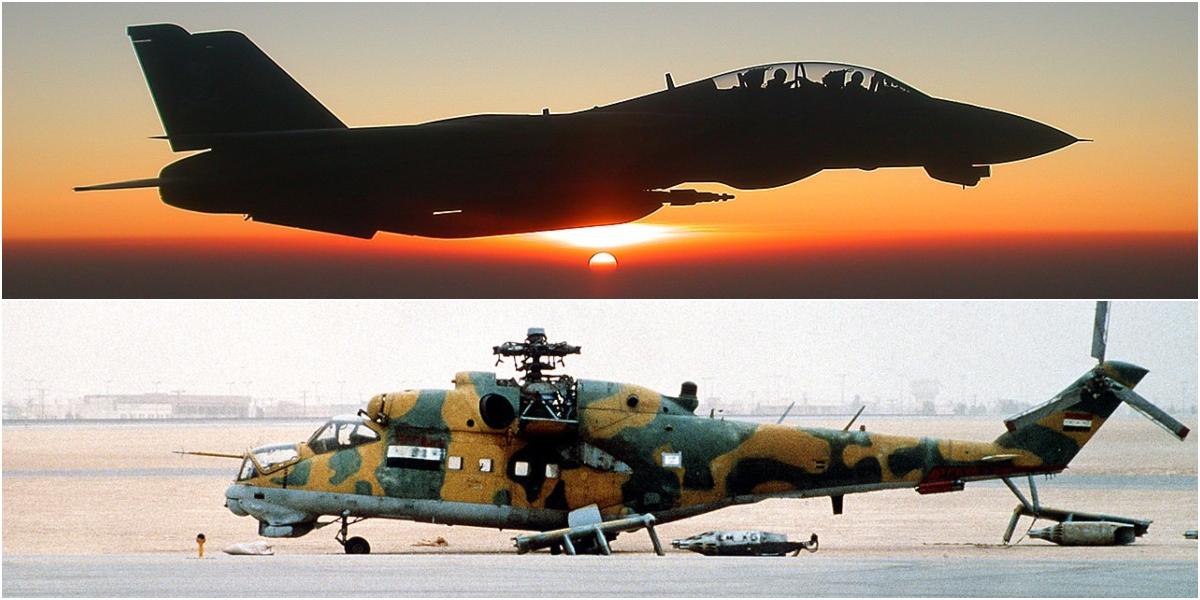 F-14’s first air-to-air kill was a gun kill. But it wasn’t scored by a US Navy Tomcat.

One of the first lessons learned in every war is that no plan survives contact with the enemy for long. In the case of the F-14A, declared by the US Navy to be a powerful ‘fleet defender’ and built to confront large formations of Soviet bombers and defend aircraft carriers using long-range air-to-air missiles, this dictum certainly applied to its Iranian service.

As told by Tom Cooper and Farzad Bishop in their book Iranian F-14 Tomcat units in combat, when fighting against Libya in 1986 or Iraq in 1991, for example US Navy Tomcat crews never expected to go ‘feet dry’ and fly extensive over-land operations. Yet this was part of the job for Iranian pilots, even if the performance of the jet’s AWG-9 radar suffered as a result.

The nature of the first air-to-air combat fought — and won — by F-14s was also unexpected. The first skirmishes between Iraq and Iran occurred on Sep. 4, 1980. Immediately afterwards, the Islamic Republic of Iran Air Force (IRIAF) started returning an increasing number of F-14s to service. Most of the 77 surviving airframes were not operational, or at least had non-functioning AWG-9s, while their crews lacked Fresh training and experience. As a result of non-functioning radar and ‘green’ crews, F-14 units had come to rely heavily on ground control when it came to intercepting Iraqi aircraft. This soon changed with the escalation of hostilities, as both Tomcat and AWG-9 reliability improved and confidence grew with the flying of more sorties, thus helping crews to recall their training.

Within a few days of the first clashes with the Iraqis, a dozen or so F-14s were back in service flying combat air patrols (CAPs) along the border. On the afternoon of Sep. 7, five Mil Mi-25 (export model of the soviet Mi-24) attack helicopters of the 1st Combat Transport Helicopter Squadron, 4th Composite Wing, Iraqi Army Air Corps (IrAAC), penetrated Iranian airspace and attacked several border posts in the Zain al-Qaws region. Their appearance was detected by the local IRIAF radar station, and two F-14As were vectored to intercept.

A few minutes later, the lead Tomcat pilot acquired the Mi-25s on his radar and dived at high speed after them. Uncaging one of his Sidewinders, the pilot attempted a lock-on against the heat of the ground. The AIM-9P Sidewinders were definitely a huge improvement over the AIM-91B/Es of the Vietnam era, but they were not that good. The first missile lost lock-on and flew into the ground behind the rearmost Iraqi. Turning around at high speed so as to deny the Mi-25s an opportunity to return fire, the Iranian pilot launched another Sidewinder. Again, the missile failed to track and hit the ground. Technically, the engagement should have now been over.

According to modern rules of engagement, and most tactical manuals, an expensive interceptor like an F-14A is not expected to engage a heavily armed helicopter in combat at close quarters. But the Iranian pilot did not hesitate. Selecting ‘GUN’ on his control column, he put the gunsight pipper over the rearmost Mi-25 and opened fire. The aircraft’s M61A1 Vulcan gun gull spewed out 400 rounds. Many found their mark and the Iraqi attack helicopter exploded in a brilliant ball of fire.

It was therefore an Iranian F-14A which scored the type’s first kill almost a year before the US Navy achieved this feat. The weapon used was unexpected, too. Navy legend maintains that a few older F-14 pilots promised to erect a monument to the first individual to score a gun kill in combat. It is unlikely, however, that the pilot who downed the Mi-25 that September afternoon in 1980 will ever reveal his name in public.

Iranian F-14 Tomcat units in combat is published by Osprey Publishing and is available to order here. 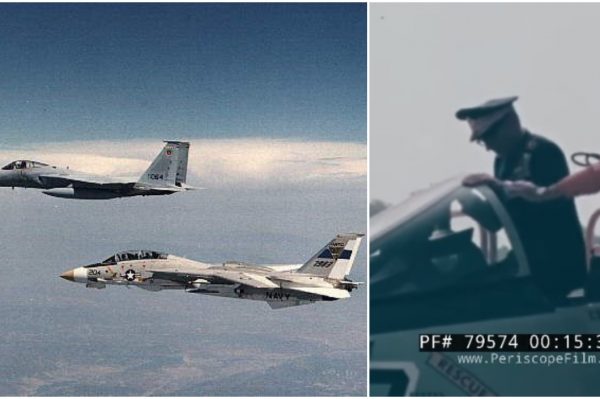