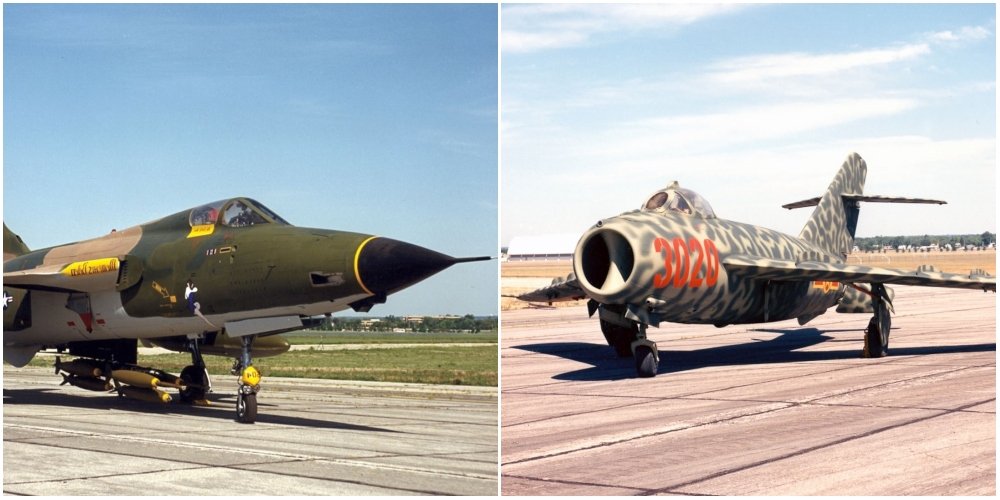 Despite its ‘F-for-fighter’ designation, the F-105 was designed and purchased to give the USAF an aircraft that could deliver nuclear weapons. But when the Vietnam War erupted the Thunderchief emerged as the USAF’s best tactical bomber for a ‘limited conventional’ conflict, becoming a powerful tool for strategic strikes against the industrial heartland of North Vietnam. It was in this role, as a strike aircraft, that the F-105 was extensively targeted by MiG-17s and MiG-21s, and Thunderchief crews faced these adversaries more often than any other US flyers. Forced to develop innovative tactics to compete with their smaller and more manoeuvrable enemies, F-105 pilots used speed and skill to down 27.5 MiG-17s — a tally in excess of the that scored by the F-4 Phantom II crews assigned to protect them during 1966-67.

Although it could not appear in official records, the first MiG kill by an F-105D happened at the end of a 25-mile chase into Chinese airspace on May 10, 1966. It was one of several similar incidents involving US fighters and fleeing VPAF, or Chinese communist MiGs, and it caused increased policing of US air activity in the northern border areas of North Vietnam by EC-121D airborne radar surveillance aircraft.

As expained by Peter E Davies in his book F-105 Thunderchief MiG Killers of the Vietnam War, the year was half gone before F-105 crews finally had an official chance to avenge their losses to MiG-17s. On Jun. 29, Maj James Kasler, operations officer of the 354th TFS, led 46 F-105s in a new campaign to hit petrol, oil and lubricant (POL) storage sites, bombing unprecedentedly close to Hanoi. ‘Crab’ flight from the 421st TFS/388th TFW provided Iron Hand SAM suppression for the attack, and it had just destroyed a SAM site with GM-45 Shrike missiles and Mk 4 Folding-Fin Aerial Rockets fired from LAU-3A launchers when four MiG-17s began to close in behind at around 5000 ft as the flight rejoined the strike force at 480 knots. ‘Crab 4’ belatedly saw them heading in and broadcast a warning that the lead ‘Crab’ element one mile ahead apparently did not hear. ‘Crab 3’ (Maj Kenneth D Frank) and ‘4’ made a diving turn, with gunfire from the leading MiG following them but missing ‘Crab 3’.

The MiGs pressed on, lining up on the lead ‘Crab’ element just as `Crab 1′ (an F-105F flown by Maj Richard D Westcott and Capt Herbert L Friesen) saw them. He called for afterburner and the jettisoning of ordnance, after which his element broke sharply to the left. Nine 23 mm and 37 mm cannon shells hit Maj Fred Tracy’s ‘Crab 2’ (F-105D 58-1156). One of the 23 mm projectiles forced the pilot’s hand away from the throttle, abruptly cancelling his afterburner. It also knocked out most of Tracy’s cockpit instruments, large areas of the left cockpit interior, the oxygen equipment and gunsight. The projectile then lodged in his AC power pack, fortunately without exploding.

As the F-105 slowed without afterburner the MiG overshot and Tracy fired 200 rounds of 20 mm ammunition without the aid of a gunsight. “I manoeuvred to superimpose my pitot boom over the MiG, squeezed the trigger and saw the 20 mm rounds sparkling along the left fuselage and wing root of the MiG. His left wing folded over the tail and in an abrupt left turn he went into a cloud at about 2500 ft’. Maj Tracy saw about ten definite hits. Intelligence sources later discovered MiG-17 wreckage and confirmed that the fighter had crashed. Tracy, who was on the mission to check out a new Wild Weasel pilot, became the first F-105 MiG killer.

All four ‘Crab’ flight pilots were involved in the dogfight. The lead F-105 was hit in its tail surfaces by the second MiG, and would have been further damaged had Maj Frank not fired at it, forcing the VPAF pilot to abandon his firing pass. All pilots then fired at the enemy aircraft, including a 200-round burst from ‘Crab 4’, but only Tracy’s bullets are known to have struck home.

F-105 Thunderchief MiG Killers of the Vietnam War is published by Osprey Publishing and is available to order here. 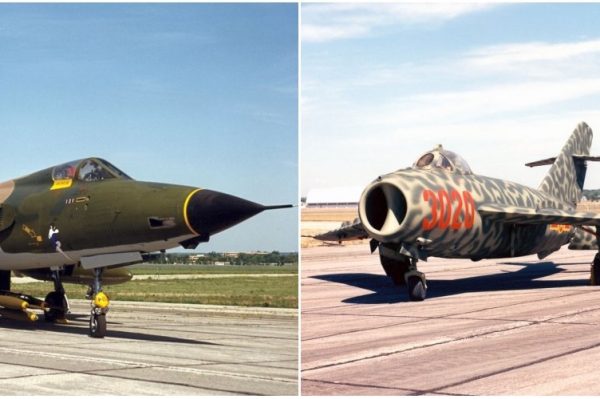 Thud Vs Fresco: The Story of a Hair-Raising Dogfight Between USAF F-105s and North Vietnamese MiG-17s 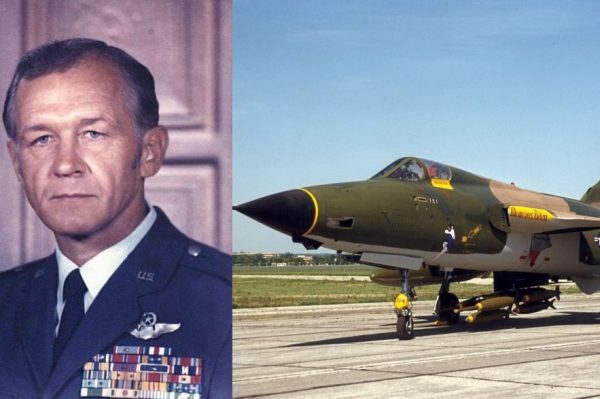