Log In Sign Up
Homepage Military AviationEnd of an Era: Nellis Air Force Base bids farewell to the F-15C Eagle 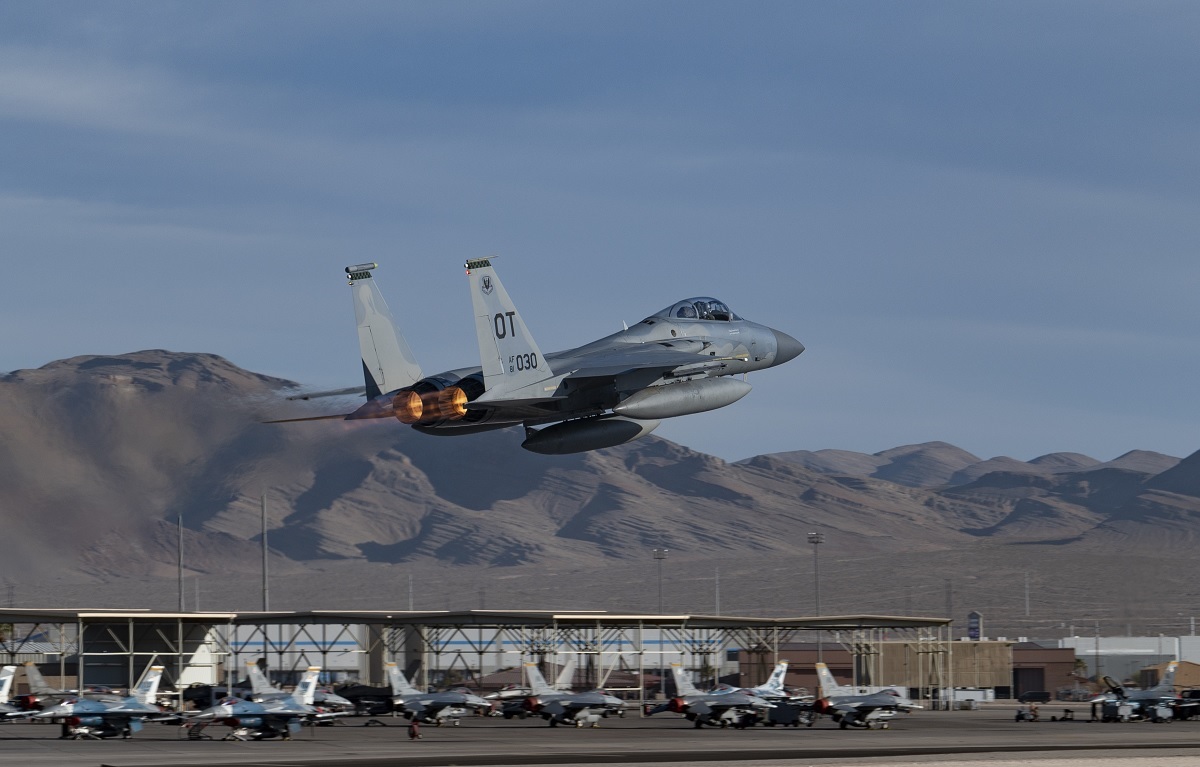 End of an Era: Nellis Air Force Base bids farewell to the F-15C Eagle

The end of an era is upon Nellis Air Force Base. The installation geared up to bid farewell to the F-15C Eagle as the aircraft prepared to depart for the last time.

The end of an era is upon Nellis Air Force Base (AFB). The installation geared up to bid farewell to the F-15C Eagle as the aircraft prepared to depart for the last time. On Mar. 16, 2022 one of the last few F-15Cs departed to its final active flying unit, Eglin AFB, Florida.

Back in December 2020, it was announced that the last cadre of F-15C students and instructors flew their final defensive counter-air mission for the US Air Force Weapons School.

As explained by Staff Sgt. Miranda A. Loera, 57th Wing Public Affairs, in the article End of an Era: Nellis bids farewell to the soaring F-15C Eagle, since its inception in 1977, the 757th Aircraft Maintenance Squadron’s Eagle Aircraft Maintenance Unit has been making history by supporting world-class generation of weapons-qualified F-15C pilots. Over 100 undergraduate classes have been completed; making over 500 pilots combat capable, enhancing America’s air superiority and lethality.

“Eagle’s maintenance operations have made an incredible achievement by supporting over 88,000 flights; producing more than 111,000 hours of flight-weapons training,” said Col. Barton Kenerson, 57th Maintenance Group commander. “That’s equivalent to over 12 years of non-stop flying. Eagle is standing down, but its legacy will continue to support the fight.”

As the US Air Force focuses on the modernization of its technology, it will continue to advance its airpower. At Nellis, the Eagle Aircraft Maintenance Unit, 57th Wing Maintenance Group, maintained 16 F-15Cs. The jets have been relocated to several locations that included various Guard units and also Eglin AFB for test missions. Others are scheduled to be sent to a depot for refurbishing or to a boneyard in Arizona.

“As we refocus Eagle’s personnel on the Air Force’s premier multi-role fighter, the F-15E, I want the men and women of Eagle to know how extremely proud I am of their dedication, expertise and work,” said Kenerson. “I look forward to seeing how our team will continue to build F-15E Weapons School Pilots and field critical-combat capabilities to the battlefield.”

For years, the F-15C has occupied a spot with Eagle AMU. Following the departure of the aircraft, the maintenance unit will soon deactivate, and maintainers will be assigned locally or will be relocated to meet the needs of the Air Force.

Senior Airman Jose Rodriguez, 757th AMXS Eagle AMU crew chief, is one of the many Airmen who performed maintenance on the F-15C and have sent it off for the final time.

“I have worked on the F-15C since I have been at Nellis,” said Rodriguez. “I thoroughly enjoyed launching them out, and just learning the ins and outs of [the aircraft]. I continued to test my mind by troubleshooting and changing the parts of it. As we launched out one of the last aircraft, as a unit, we pushed through to get everything done correctly and ensured everything gets to where it needed to go.”

The F-15 Multistage Improvement Program was initiated in February 1983, with the first production MSIP F-15C produced in 1985. Improvements included an upgraded central computer; a Programmable Armament Control Set allowing for advanced versions of the AIM-7, AIM-9 and AIM-120A missiles, and an expanded Tactical Electronic Warfare System that provides improvements to the ALR-56C radar warning receiver and ALQ-135 countermeasure set. The final 43 included a Hughes APG-70 radar. 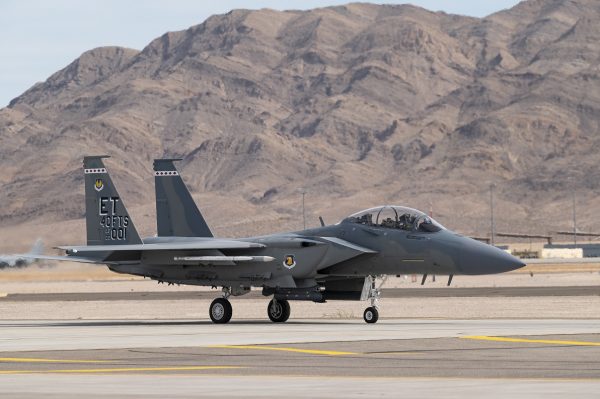