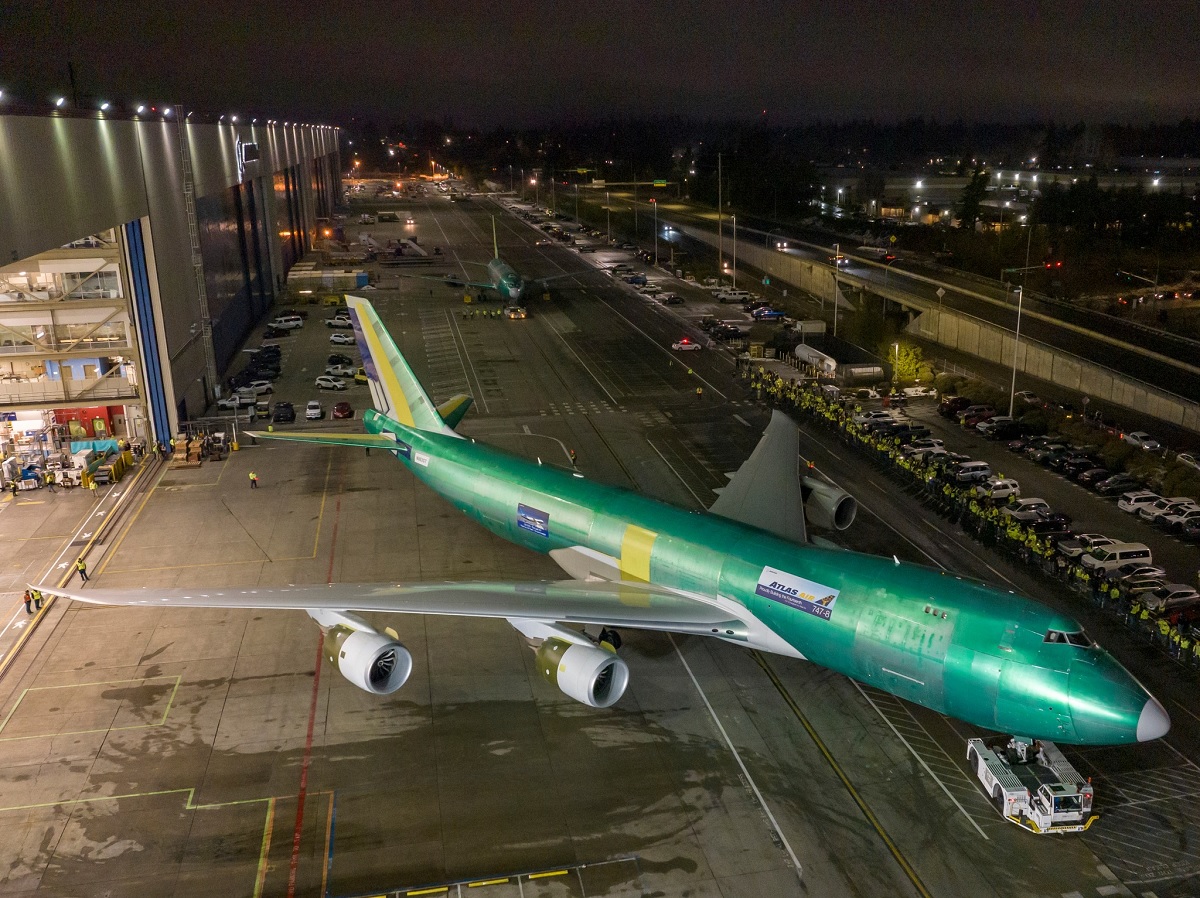 The last Boeing 747 left the company’s widebody factory in advance of its delivery to Atlas Air in early 2023.

As the photos in this post show, the last Boeing 747 left the company’s widebody factory in advance of its delivery to Atlas Air in early 2023.

“For more than half a century, tens of thousands of dedicated Boeing employees have designed and built this magnificent airplane that has truly changed the world. We are proud that this plane will continue to fly across the globe for years to come,” said Kim Smith, Boeing Vice President and general manager, 747 and 767 Programs, in a company news release.

The 747 has played a key role in Boeing’s history of aerospace leadership:

The 747 was the result of the work of some 50,000 Boeing people. Called “the Incredibles,” these were the construction workers, mechanics, engineers, secretaries and administrators who made aviation history by building the 747 — the largest civilian airplane in the world — in roughly 16 months during the late 1960s.

According to Boeing, the incentive for creating the giant 747 came from reductions in airfares, a surge in air-passenger traffic and increasingly crowded skies. Following the loss of the competition for a gigantic military transport, the C-5A, Boeing set out to develop a large advanced commercial airplane to take advantage of the high-bypass engine technology developed for the C-5A. The design philosophy behind the 747 was to develop a completely new plane, and other than the engines, the designers purposefully avoided using any hardware developed for the C-5.

The 747’s final design was offered in three configurations: all passenger, all cargo and a convertible passenger/freighter model. The freighter and convertible models loaded 8- by 8-foot (2.4- by 2.4-meter) cargo containers through the huge hinged nose.

The 747 was truly monumental in size. The massive airplane required construction of the 200 million-cubic-foot (5.6 million-cubic-meter) 747 assembly plant in Everett, Wash., the world’s largest building (by volume). The fuselage of the original 747 was 225 feet (68.5 meters) long; the tail as tall as a six-story building. Pressurized, it carried a ton of air. The cargo hold had room for 3,400 pieces of baggage and could be unloaded in seven minutes. The total wing area was larger than a basketball court. Yet, the entire global navigation system weighed less than a modern laptop computer.

Pilots prepared for the 747 at Boeing training school. The experience of taxiing such a large plane was acquired in a contraption called “Waddell’s Wagon,” named after Jack Waddell, the company’s chief test pilot. The pilot sat in a mockup of the 747 flight deck built atop three-story-high stilts on a moving truck. The pilot learned how to maneuver from such a height by directing the truck driver below him by radio.

The 747-400 rolled out in 1988. Its wingspan is 212 feet (64 meters), and it has 6-foot-high (1.8-meter-high) “winglets” on the wingtips. The 747-400 also is produced as a freighter, as a combination freighter and passenger model, and as a special domestic version, without the winglets, for shorter range flights.

In August 1999, major assembly began on a militarized 747-400 Freighter to be used as a platform for the US Air Force’s Airborne Laser (ABL) program. It rolled out on Oct. 27, 2006, and was eventually designated YAL-1. Boeing was the prime contractor for ABL, which was designed to provide a speed-of-light capability to destroy all classes of ballistic missiles in their boost phase of flight. Boeing provided the modified aircraft and the battle management system and is the overall systems integrator. ABL partners were Northrop Grumman, which supplied the chemical oxygen iodine, or COIL, high-energy laser associated lasers, and Lockheed Martin, which provided the nose-mounted turret in addition to the beam control/fire control system. On Feb. 11, 2010, the flying test bed destroyed a ballistic missile off the coast of Southern California. The program was canceled in 2011, and in 2012, YAL-1 was flown to the US Air Force “bone yard” near Pima, Ariz., to be scrapped.

Another variant is the Dreamlifter — a specially modified 747-400 — that transports the large composite structures, including huge fuselage sections of the 787 Dreamliner, from partners around the world to Everett, Wash., and Charleston, S.C., for final assembly. The massive cargo is loaded and unloaded from a hinged rear fuselage. The fourth and final Dreamlifter entered service Feb. 16, 2010.

The longer range 747-400 airplanes (also known as 747-400ERs) were launched in late 2000. The 747-400ER (Extended Range) family is available in both passenger and freighter versions. The airplanes are the same size as current 747-400s and have a range of 7,670 nautical miles (14,205 kilometers) as opposed to the 747-400 range of 7,260 nautical miles (13,450 kilometers). It incorporates the strengthened -400 Freighter wing, strengthened body and landing gear, and an auxiliary fuel tank in the forward cargo hold, with an option for a second tank. When the 747-400ER’s full-range capability is not needed, operators can remove the tank (or tanks), freeing up additional space for cargo.

In November 2005, Boeing launched the 747-8 family — the 747-8 Intercontinental passenger airplane and the 747-8 Freighter. These airplanes incorporate innovative technologies from the 787 Dreamliner. In fact, the designation 747-8 was chosen to show the technology connection between the 787 Dreamliner and the new 747-8, including the General Electric GEnx-2B engines, raked wingtips and other improvements that allow for a 30 percent smaller noise footprint, 15 percent reduction in-service carbon emissions, better performance retention, lower weight, less fuel consumption, fewer parts and less maintenance.

The 747-8 Freighter first flew on Feb. 8, 2010. The airplane is 250 feet, 2 inches (76.3 meters) long, which is 18 feet, 4 inches (5.6 meters) longer than the 747-400 Freighter. The stretch provides customers with 16 percent more revenue cargo volume compared with its predecessor. That translates to an additional four main-deck pallets and three lower hold pallets.

The passenger version, the Boeing 747-8 Intercontinental, serves the 400- to 500-seat market and took its first flight on Mar. 20, 2011. The cabin’s sculpted ceilings, bigger overhead and side stowbins, a redesigned staircase and dynamic LED lighting all add to an overall more comfortable passenger experience. With 51 additional seats and 26 percent more revenue cargo volume than the 747-400, Boeing delivered the first 747-8 Intercontinental to an undisclosed Boeing Business Jet customer on Feb. 28, 2012. Launch customer Lufthansa took delivery of the first airline Intercontinental Apr. 25, 2012. 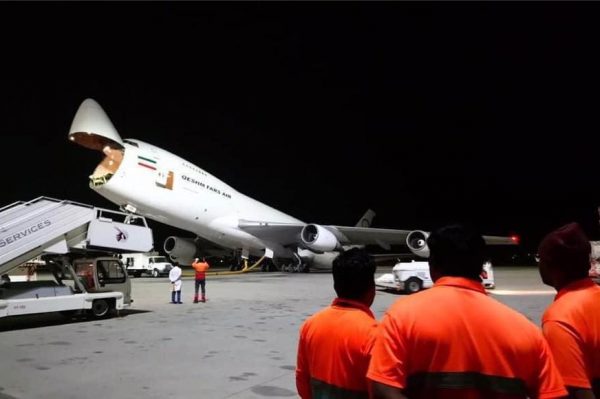 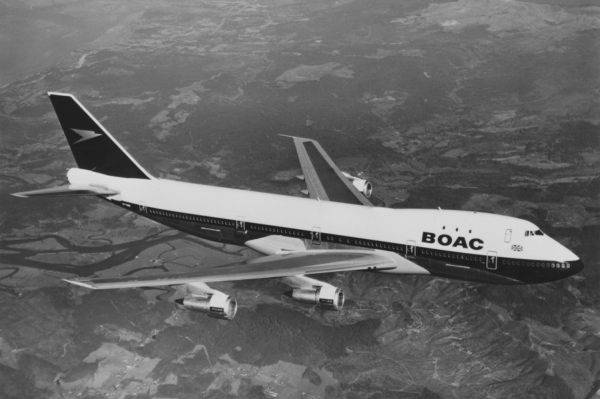