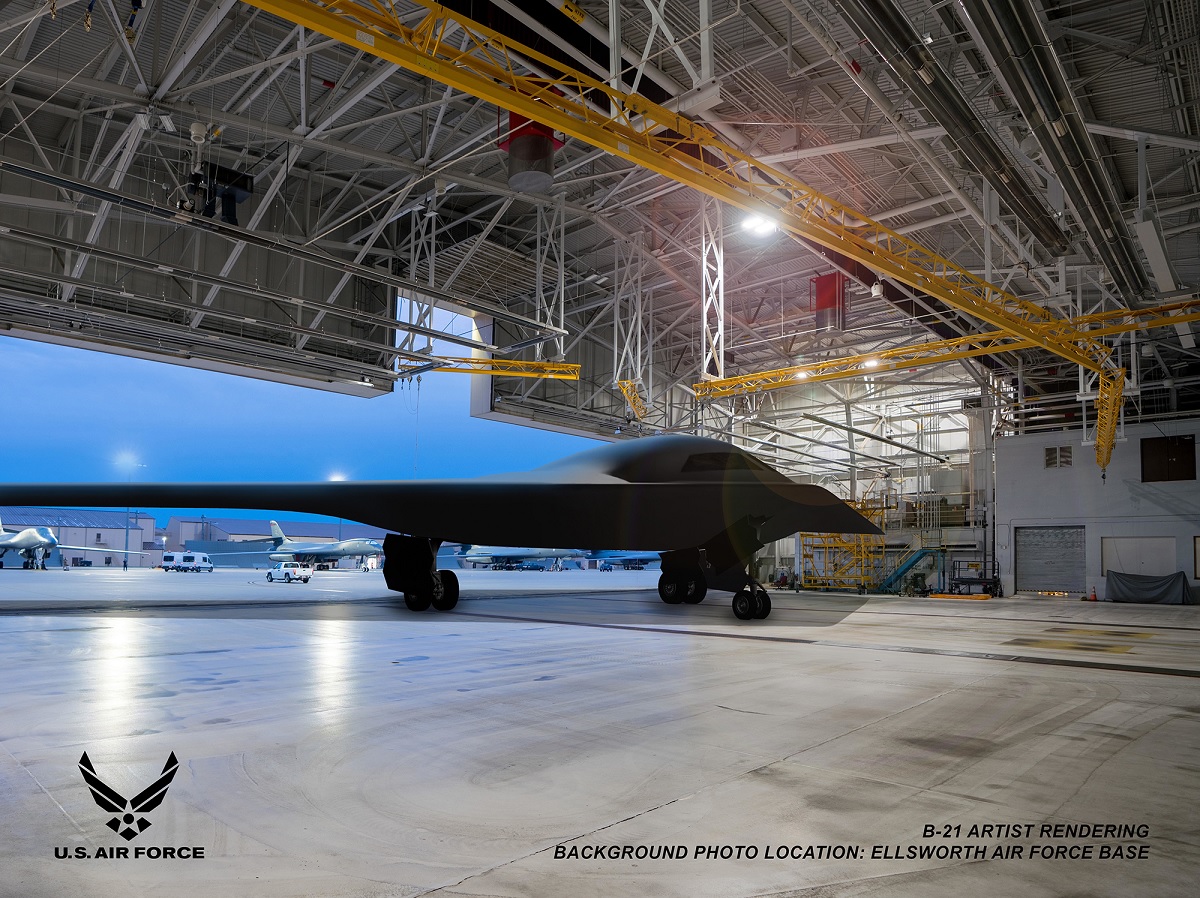 The Secretary of the Air Force officially selected Ellsworth Air Force Base, South Dakota, as the location to host the Air Force’s first operational B-21 Raiders and the formal training unit.

The B-21 Raider was designed to replace the Air Force’s aging bomber fleet as a long-range, highly-survivable bomber capable of carrying mixed-conventional and nuclear payloads, to strike any target worldwide.

“Since its humble beginnings as Rapid City Army Air Base in 1942 with a mission of training B-17 Flying Fortresses for missions in the European theater, Ellsworth has continuously evolved into its current role of providing combat airpower – anytime, anywhere around the globe,” said Maj. Gen. Mark Weatherington, 8th Air Force and Joint-Global Strike Operations Center commander. “Now home to three of the four original squadrons that participated in the historic Doolittle Raid, the rich heritage continues today with Ellsworth’s selection as the first main operating base for the B-21 ‘Raider’ bomber.

“The Doolittle Raid proved there was no target out of reach for the United States, and the B-21 Raider will continue that legacy as the nation’s most advanced long-range aircraft capable of penetrating any enemy airspace with a diverse set of weapons,” Weatherington added.

Ellsworth was selected as the first home of the B-21 based on criteria related to minimized mission impact, maximized facility reuse, minimized cost and reduced overhead. The selection came after a thorough environmental impact analysis, in accordance with the National Environmental Policy Act.

Until the B-21s reach full operational capacity, the B-1 Lancers will simultaneously continue their mission at Ellsworth.

The B-21 mission will eventually absorb the manpower already required by the B-1s and will result in an increase of about 1,600 Airmen.

The B-21 will support the nuclear triad by providing a visible and flexible nuclear deterrent capability that will assure U.S. allies and partners.

The B-21s will begin arriving at Ellsworth in the Mid-2020s. In the meantime, its B-1s will continue providing long-range bomber support.

According to Air Force Magazine, the first two B-21s are currently in production. “There are two test aircraft [being] built and it will take a while to get through all the testing. And therefore, there could be some changes [to the design] as a result of the testing,” Air Force acting acquisition executive Darlene Costello said during a House Armed Services subcommittee on projection forces hearing on Jun. 8, 2021.

The USAF released the latest artist renderings of the B-21 Raider concept on Jan. 21, 2020. The renderings showed the B-21 in hangars at the three locations where the nation’s newest stealth bomber will be housed – Dyess Air Force Base, Ellsworth Air Force Base and Whiteman Air Force Base.

The B-21 Raider is being developed to replace the Air Force’s aging B-1 Lancer and the B-2 Spirit aircraft. The B-21 will be a long-range, highly survivable bomber aircraft capable of carrying a variety of mixed conventional munitions or nuclear ordinance.