Several Eastern Europe Countries, such as Bulgaria, Slovakia and Poland, which already operate the MiG-29 fighter jet, could procure the MiG-35

According to Special-ops.org, several Eastern Europe Countries, such as Bulgaria, Slovakia and Poland, which already operate the MiG-29 fighter jet, could procure the MiG-35, the latest Fulcrum derivative.

In fact Deputy Director of the Russian Federal Service for Military-Technical Cooperation (FSMTC) Anatoly Punchuk said that “The MiG-35 could be captivating, first of all, to countries in Europe, like Bulgaria, Slovakia, and Poland, that still (along with NATO membership) operate the MiG-29s.”

He also added that Russia is currently carrying out contracts with these countries to repair and modernize their MiG-29 fleet.

As reported by Janes.com, speaking at the aircraft rollout for president Vladimir Putin on Jan. 26, 2016 Russian Aerospace Forces (VKS) commander-in-chief Colonel General Viktor Bondarev explained that the MiG-35 will be VKS future light fighter, meaning that the aircraft will replace the service aging MiG-29 fleet.

Classified as a 4+++ generation jet fighter the Mikoyan MiG-35 (NATO reporting name Fulcrum-Foxtrot) is a fighter aircraft that is a further development of the MiG-29M/M2 and MiG-29K/KUB fighters.

Actually the MiG-35 features advancements on MiG-29K/KUB and MiG-29M/M2 fighters in combat efficiency enhancement, universality and operational characteristics improvement. Moreover Sergei Korotkov, the CEO of MiG, claimed that the aircraft will have a speed of Mach 2.23 and an operational range 1.5 times longer than the MiG-29. 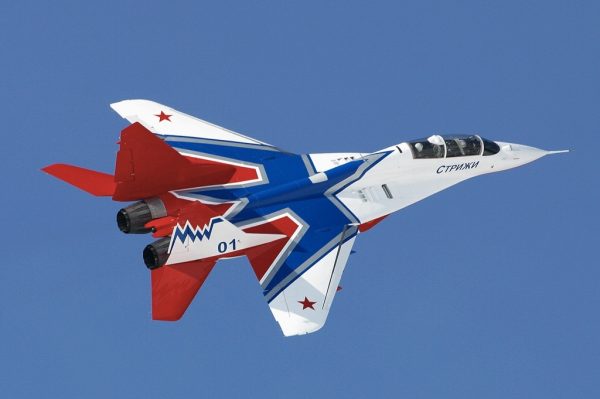