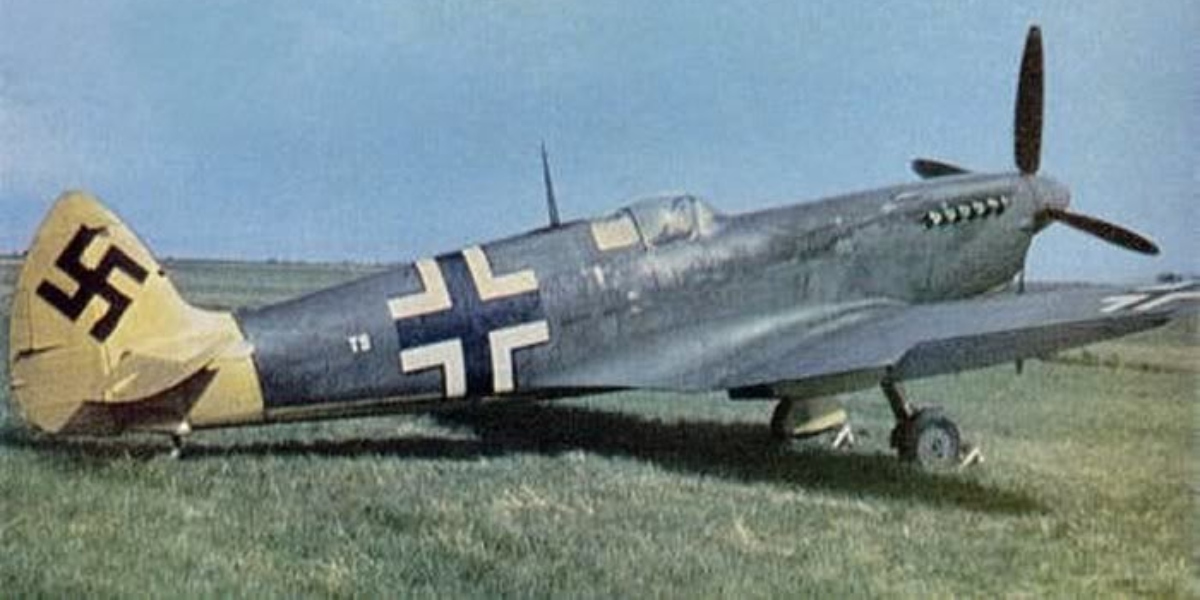 During WWII Axis pilots tested captured Allied aircraft: they deemed the Spitfire a miserable fighter, the LaGG–3 poorly maneuverable and the P-51 disconcerting

‘The Spitfire handles well, is light on the controls, faultless in the turn and has a performance approaching that of the Me 109. As a fighting aircraft, however, it is miserable,’ Major Werner Mölders, JG 51, Luftwaffe.

A number of captured allied aircraft were examined by Axis during the Second World War.

“It was very interesting to carry out the flight trials at Rechlin with the Spitfire and the Hurricane. Both types are very simple to fly compared to our aircraft, and childishly easy to take ¬off and land. The Hurricane is good¬-natured and turns well, but its performance is decidedly inferior to that of the Me 109. It has strong stick forces and is “lazy” on the ailerons.

The Spitfire is one class better. It handles well, is light on the controls, faultless in the turn and has a performance approaching that of the Me 109. As a fighting aircraft, however, it is miserable. A sudden push forward on the stick will cause the motor to cut; and because the propeller has only two pitch settings (take¬off and cruise), in a rapidly changing air combat situation the motor is either overspeeding or else is not being used to the full.”

‘Fortunately for the RAF, by the time the Battle started they had the use of 100 rather than 87 Octane fuel and constant–speed rather than the two–pitch propellors derided by Mölders. These changes gave a considerable improvement in performance and allowed ‘overboost’ supercharger settings (12 psi versus 6.75) below 15,000 feet, which added approximately 30 mph to the speed of both aircraft.

‘[The British assessment of the Me109 was similarly unflinching. The A&AEE pilots found it responsive and pleasant to fly up to medium speeds (250 mph), after which the controls became excessively heavy. “In general the flying qualities of the aeroplane are inferior to both the Spitfire and the Hurricane at all speeds and in all conditions of flight.” [From FLYING TO THE LIMIT — testing WW2 single–engined fighter aircraft by Peter Caygill, published by Pen & Sword 2005] It’s clear that both air forces were evaluating the opposition’s aircraft very much according to their own yardstick. The Luftwaffe’s preferred tactics involved diving attacks from a position of advantage, and disengagement by diving or climbing steeply – engine cutout under negative G would be an issue. The RAF were more focused on the traditional dogfighting engagement. But as Hurricane ace Tom Neil remarked, no-¬one won any air battles by turning. “All you needed was to go like a bat out of hell, clobber the other fellow and keep going. The 109 was very good at that.”]’

‘After the Russo¬-Japanese War in Mongolia in 1939 a captured Polikarpov I-16 was evaluated by the Japanese. They had acquired a high degree of respect for the Russian fighter, which was faster and better armed than their own, although less manoeuvrable. Major G. Yamamoto test flew the I-16, praising armament and pilot protection, but he considered the centre of gravity was too far aft, which resulted in a heavy elevator control and bad landing characteristics. He found the controls were insensitive by comparison with Japanese fighters. German pilots who encountered the Polikarpov in 1941, regarded it as highly manoeuvrable on the other hand: another example of different perspective affecting judgment.

‘Another Russian aircraft tested by the Finns and the Japanese was the LaGG–3. The former criticised the acceleration (poor) and the aircraft’s tendency to spin in sharp turns. The Japanese, on the other hand, found the LaGG’s acceleration to be one of its most outstanding qualities, along with high diving speeds, whereas manoeuvrability was regarded as extremely poor. Again, both nations were viewing the fighter through the prism of their own preferences: Japanese fighters were highly manoeuvrable but generally had low diving speeds, whilst the Finns were judging in the context of their own ragbag collection of (largely obsolescent) aircraft — Morane¬-Saulnier MS406, Fokker DXXI, Gloster Gladiator, Brewster Buffalo, Me109. But everybody agreed that the Russian fighter was extraordinarily robust, which says something.

‘When US aircraft were encountered in numbers on the Western Front from 1943 onwards the Germans were anxious to evaluate them if possible. Hauptmann Rosarius was tasked with forming a collection of captured Allied types, testing them and touring around frontline units to familiarise Luftwaffe pilots with them. The Rosarius ‘Circus’ included P-38 Lightnings, at least three P-47 Thunderbolts, Spitfires, Mosquitoes and a Typhoon. Later on P–51B and –D Mustangs were acquired. Sometimes the frontline pilots were allowed to fly aircraft from the Circus. Walter Wolfrum was among these pilots : “During the war I had the opportunity to fly captured P-47s and P-51s. I didn’t like the Thunderbolt. It was too big [US pilots converting to the P–47 from the Spitfire had exactly the same initial reaction. But eventually the Thunderbolt’s virtues became apparent.]. The cockpit was immense and unfamiliar. After so many hours in the snug confines of the 109, everything felt out of reach and too far away from the pilot. Although the P-51 was a fine airplane to fly, because of its reactions and capabilities, it too was disconcerting. With all those levers, controls and switches in the cockpit, I’m surprised [their] pilots could find the time to fight. We had nothing like this in the 109. Everything was simple and very close to the pilot. You fitted into the cockpit like a hand in a glove. Our instrumentation was complete, but simple: throttle, mixture control and propeller pitch. How [the] pilots were able to work on all their gadgets and still function amazes me.”’ 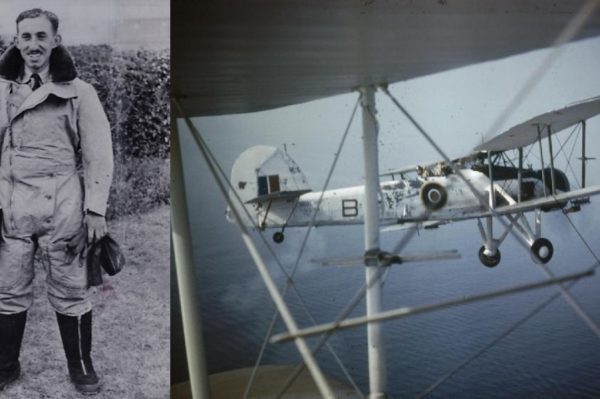