Log In Sign Up
Homepage Military AviationDisassembled B-52H arrives in Oklahoma City ending a Road Trip of almost four weeks. The BUFF will support the B-52 Bomber Fleet Modernization Effort. 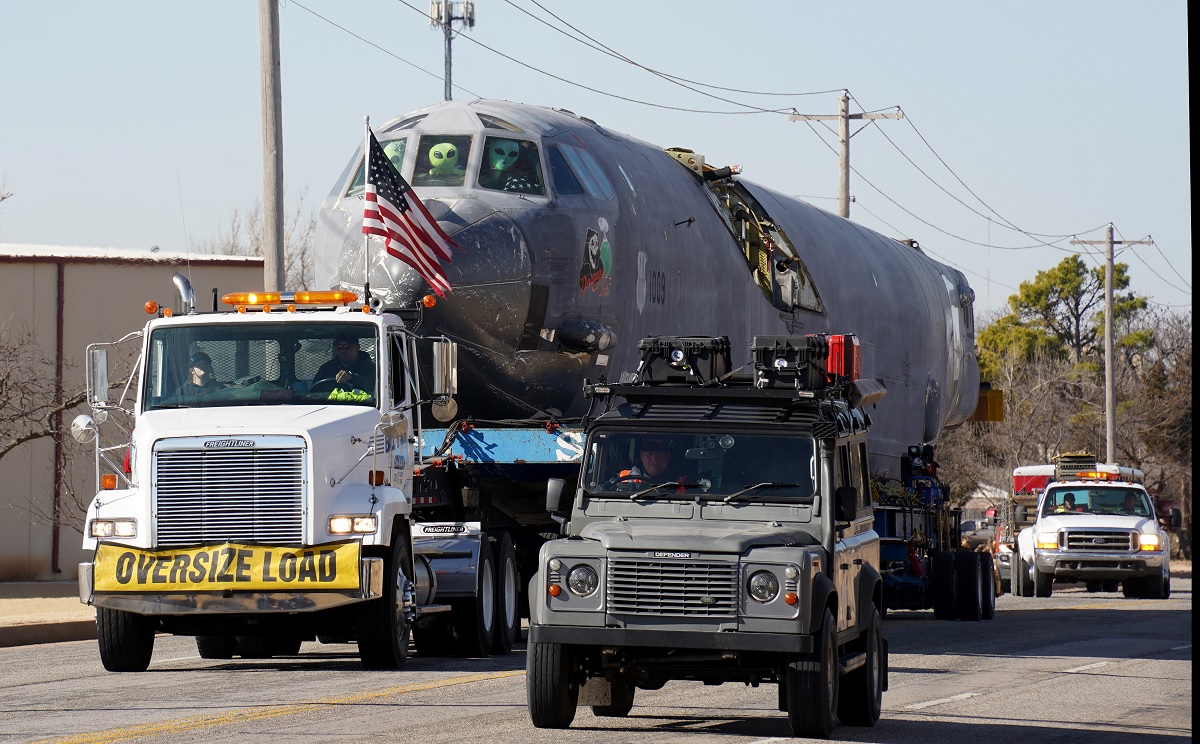 After nearly 1,500 miles and a month on the road, the B-52H Stratofortress nicknamed “Damage Inc. II” has arrived in Oklahoma and is ready to start its new mission.

After nearly 1,500 miles and a month on the road, the B-52H Stratofortress nicknamed “Damage Inc. II” has arrived in Oklahoma and is ready to start its new mission.

As explained by Ron Mullan 72nd Air Base Wing Public Affairs in the article B-52H bomber makes its way slowly to Oklahoma City, ready to fulfill mission, unlike its predecessors “Ghost Rider” and “Wise Guy,” which were also resurrected from the Arizona desert, this venerable aircraft will not be rejoining the active fleet, but still has an important mission to fulfill.

As already reported, before being taken out of storage and being towed to the Pima Air & Space Museum, the aircraft tail number 61-0009 was in non-flyable status at the 309th Aerospace Maintenance and Regeneration Group (AMARG) at Davis-Monthan Air Force Base (AFB), AZ.

Damage Inc. II was built in 1961 and retired in 2008 and it took about four months to disassemble the plane and get it ready for the move.

The fuselage arrived at the Boeing facility near Tinker Air Force Base (AFB) on Jan. 22, 2022, where it will be reassembled with the left wing. The aircraft will then serve as an integration model to test how well new technologies and current and future modifications will integrate with B-52 aircraft.

The right wing and horizontal stabilizer were transported to McFarland Research and Development in Wichita, Kansas, to support structural integrity research for the B-52H Aircraft Structural Integrity Program, or ASIP.

“We appreciate Boeing’s partnership to revive Damage Inc. II in support of the B-52 modernization effort,” said Col. Louis Ruscetta, the B-52 senior materiel leader with the Air Force Life Cycle Management Center’s Bomber Directorate. “This is a great opportunity to reduce risk to the some of our development efforts and opens doors to bring other innovative capabilities to the fleet and keep this platform flying into 2050.”

According to Bill Pogorzelski, the project lead for the mock-up effort, the Air Force funded the aircraft regeneration and transportation, while Boeing will provide the infrastructure to house the mock-up to allow for development and testing activities.

“The B-52 modernization is truly a Team Tinker effort, relying on program office and local industry and the sustainment center expertise,” Pogorzelski said, adding that most of the installation work is planned to be done on Tinker by the Oklahoma City Air Logistics Complex.

The group within the B-52 Program Office working this is the Commercial Engine Replacement Program or CERP. Their mission is to replace the aging Pratt & Whitney TF33 engines with modern commercial engines. The Air Force recently selected the Rolls-Royce F-130 engine as a replacement to the TF33.

Ruscetta said having the integration model nearby will be beneficial to the Air Force.

“As new technologies develop, we can use this mock-up to help speed integration and get capability to the field faster” he said.

Transporting such an outsized load required a lot of planning. The crew had to contend with traversing overpasses and turning through intersections where the margins measured in inches. The B-52 and its escorts took up two lanes of traffic requiring the convoy to pull over every few miles to let traffic pass. In all the journey from Arizona to Oklahoma took almost four weeks.

The B-52 is undergoing its biggest modernization effort in its history. In addition to new engines, the B-52 is also upgrading its 1960’s core radar to a new Active Electronically Scanned Array system similar to those found in modern fighter aircraft. It also just completed a major communications upgrade and will soon get a new Tactical Data Link capability. 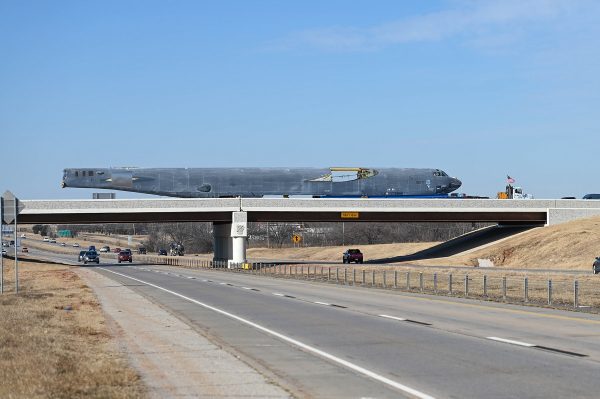 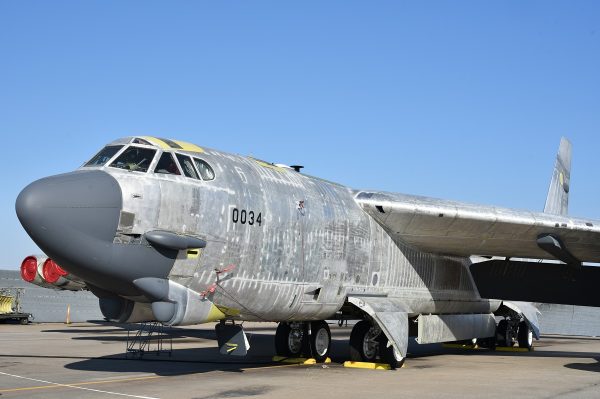