“The President has not spent a moment thinking about the color scheme of Air Force One,” White House spokeswoman Jen Psaki said, adding that, “Certainly, we’re aware of the proposal.”

White House spokeswoman Jen Psaki said in a Jan. 22 briefing that deciding on the color scheme for the VC-25B, which is under development to replace the current VC-25As that serve as Air Force One, is not on the immediate to-do list for President Joe Biden.

As reported by Air Force Magazine, former President Donald J. Trump in June 2019 displayed a proposed new livery for the next Air Force One, which would replace the famous white, gold, and light blue with a red, white, and blue scheme.

“The President has not spent a moment thinking about the color scheme of Air Force One,” Psaki said, adding that, “Certainly, we’re aware of the proposal.”

As we have already explained, the US Air Force (USAF) announced that the conversion of the first of two Boeing 747-8 aircraft into VC-25B has started on Feb. 25, 2020.

Known everywhere by the call sign “Air Force One” when the President is on board, the VC-25B will ensure safe, secure, worldwide transport of the President. While airborne the President can execute the duties of Commander in Chief, Head of State, and Chief Executive. The program is managed by the Air Force Life Cycle Management Center’s Presidential & Executive Airlift Directorate.

The first step of the modification is to include an internal airstairs into the aircraft. This requires strengthening the forward and aft lower lobes of the aircraft.

The VC-25B modifications to the 747-8 aircraft will include electrical power upgrades, a mission communication system, a medical facility, executive interior, and autonomous ground operations capabilities. The work is being performed at a Boeing facility in San Antonio, Texas.

The new aircraft are expected to begin operations in 2024. 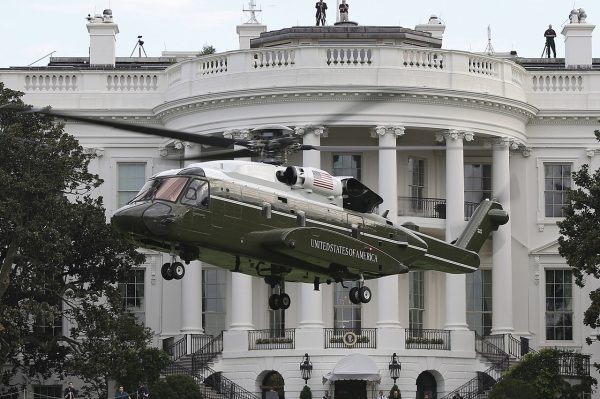