Log In Sign Up
Homepage Aviation HistoryTHIS DAY IN AVIATION HISTORY: THE ENOLA GAY AND THE ATOMIC BOMBING OF HIROSHIMA 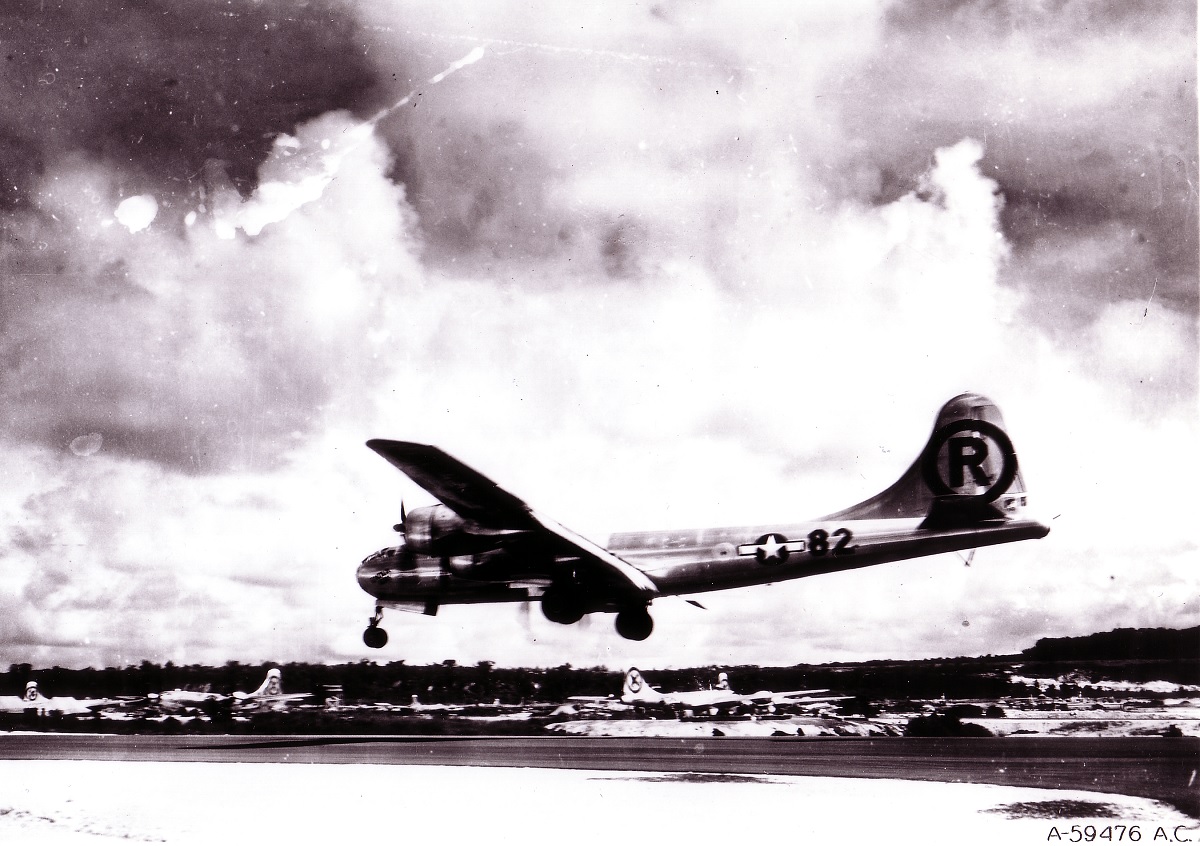 The Enola Gay lurched as the the 10,000 pounds Mk I bomb, nicknamed “Little Boy,” dropped out of the bomb bay

The 509th Composite Group, born in secrecy Dec. 17, 1944, was created for the sole purpose of delivering the world’s first nuclear weapon.

Because of the secret nature of their mission, the group trained at Wendover, Utah, and Tinian Island, in the Pacific, ever-perfecting the performance of the crew and their B-29 Superfortress bombers.

“What I tried to do, initially, was to train individuals – then weld the individuals into a good, cohesive team to fly this B-29 better that anybody else was flying … that particular day,” said Lt. Col. Paul W. Tibbets, 509th Composite Group commander, and orchestrator of the operational aspect of the original nuclear enterprise, the Manhattan Project, in an interview in 1966. “We were after perfection. I wouldn’t settle for anything less than a quarter of a mile of accuracy, and I wouldn’t stand for anything less than 20 seconds off on time. This became a challenge … and you’d be surprised at the pride these boys took in being able to qualify.”

As explained by Airman 1st Class Torey Griffith, 509th Bomb Wing Public Affairs, in the article 509th Bomb Wing continues Assurance, Deterrence … 65 years later, the early 509ers rose to meet these demanding standards without question. Only Colonel Tibbets and a select few over him knew of the nuclear mission.

“I kept telling [the crews] that the work they were doing, even though it might seem non-productive to them at the moment … because their contemporaries … were overseas fighting a war and they were still training, … their contribution would be something that had a good strong chance of ending the war,” said Colonel Tibbets. “Now, this was enough to raise their curiosity. It didn’t violate any security, and it gave them something to go on.”

“… with this type of a training program, I think I produced the best B-29 crews in the 20th Air Force,” Colonel Tibbets said.

With a squadron of 15 specially prepared ‘Silverplate’ B-29s and the best-prepared crews in the U.S. Army Air Forces (USAAF) standing by, Colonel Tibbets received orders from the White House to bomb Hiroshima.

“We got going down the runway [on Aug. 6, 1945] at 2:15 a.m.,” Colonel Tibbets said. “After we got the airplanes in formation, I crawled into the tunnel and went back to tell the men. I said, ‘You know what we’re doing today? This is an atom bomb we’re dropping.’ These guys were no idiots. We’d been fiddling ’round with the most peculiar-shaped things we’d ever seen.”

Colonel Tibbets said the Enola Gay lurched as the the 10,000 pounds Mk I bomb (nicknamed “Little Boy”), dropped out of the bomb bay. He immediately banked the B-29, having only 40 seconds to put as much distance between the plane and the blast as he could.

In less than a minute in fact, 4.7 square miles of Hiroshima were erased from the earth.

Tailgunner Staff Sgt. Bob Caron watched the shock wave, which looked like a ring of vapor quickly reaching out from the blast sight, overtake the Enola Gay. According to accelerometers on board, the first shock wave rocked the Enola Gay with 2.5 Gs of force. A second, smaller wave hit a few seconds later.

According to Griffith, President Harry S. Truman’s decision to use the atomic weapons was a difficult one to reach.

Germany, one of the original intended recipients of a simultaneous strike, had already folded that spring.

The war in the Pacific, however, was still raging.

Threats of an invasion had little effect on Japanese leaders.

President Truman was faced with adding to the millions who had lost their lives during the course of the war, or use the most powerful weapon known to mankind in hopes of ending the war.

“Sixteen hours ago an American airplane dropped one bomb on Hiroshima,” said the president in a public announcement. “It [was] an atomic bomb. We are now prepared to obliterate more rapidly and completely every productive enterprise the Japanese have above ground in any city. If they do not now accept our terms they may expect a rain of ruin from the air the like of which has never been seen on this earth.”

Since Japan was silent for three days after the strike on Hiroshima, the 509th Composite Group’s “Bock’s Car,” piloted by Maj. Charles Sweeney, struck Nagasaki, Aug. 9.

In his Aug. 9, 1945, radio address to the nation, Truman gave his reasons: “We have used (the nuclear bomb) in order to shorten the agony of war, in order to save the lives of thousands and thousands of young Americans,” he said.

On Aug. 15, 1945, in a radio broadcast, Japan’s Emperor Hirohito said that “the enemy has begun to employ a new and most cruel bomb, the power of which to do damage is indeed, incalculable, taking the toll of many innocent lives.”

Japan formally surrendered aboard the battleship USS Missouri, in Tokyo Bay, Sept. 2, drawing the bloody, six-year war to a close. 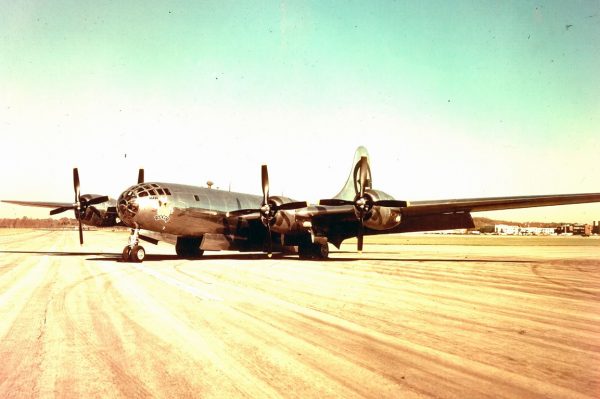 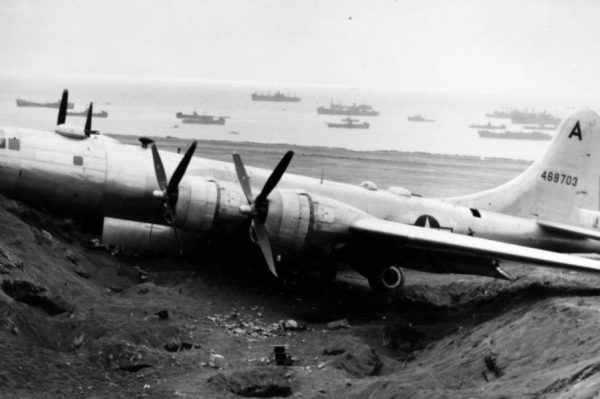 Did you know 414 B-29s were lost bombing Japan? For every Superfortress lost to the enemy, almost two were lost to accidents and crashes.