Log In Sign Up
Homepage Aviation HistoryCrossbows, Big Bens and Divers: a quick look at Allied Operations against Hitler’s V-Weapons 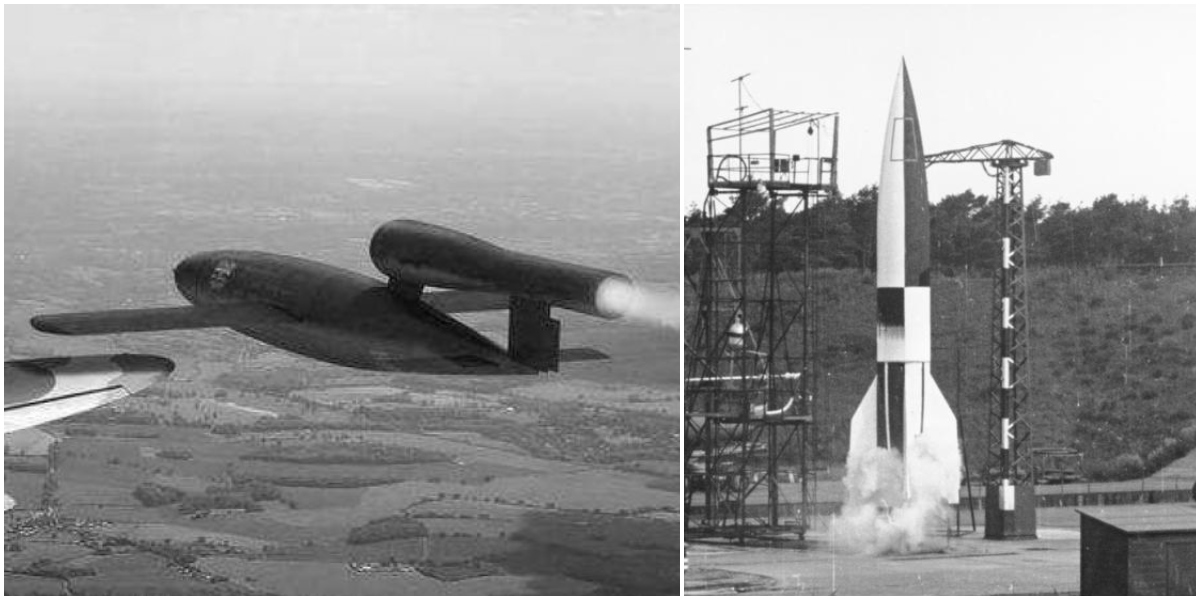 The following article contains excerpts from Adam Lunney’s book We Together, 451 and 453 Squadrons at War.

Rocketry, as a new weapon of warfare, predated the Second World War, and with the British trying to keep tabs on German developments as they progressed. In 1931 the German Army requested specific rocket designs capable of carrying warheads and, by 1939, a programme was in place and underway. Hitler didn’t take a great deal of interest in the project until April 1942, when it was proposed to fire 5,000 V-2 rockets (also known as A-4 rockets) at England. Meanwhile, the Luftwaffe became interested, and began developing their own designs, as rocketry could not be left to the army (due to perpetual inter-service rivalry), and designated their weapon the FZG76, which became commonly known as the V-1. As told by Adam Lunney in his book We Together, 451 and 453 Squadrons at War, these projects proceeded in competition with one another until Albert Speer became Minister for War Production in March 1943 and concentrated the efforts of the two projects while adding resources of material and manpower. But the Allies needed to know the details of the projects, so used spies and prisoner interrogations to gain what information they could.

This intelligence was backed up by ongoing aerial photography, and between March 1943 and March 1944 approximately 40 per cent of Allied photo-reconnaissance sorties were directed at locating V-1 and V-2 sites. Over a million photographs were taken in an effort to locate the manufacturing, storage and launching facilities of these weapons. In March 1944 the assumption was that the sites would be fixed, and would require heavy bombers to destroy them, but subsequent intelligence, including that gained from the photographic sorties, showed that V-2 sites were a relatively simple square of concrete upon which the portable equipment would be parked for the launch to take place, after which the transporter unit would depart. In July and August 1944 approximately 30 per cent of RAF Bomber Command sorties and tonnage was directed against V-1 and V-2 sites, as was about 20 per cent of US Eighth Air Force sorties and tonnage. Standing instructions set out the code words to be used in reference to the V-weapons:

Operation Hydra, the raid by 596 RAF bombers (crewed by men from all over the Commonwealth) on Peenemunde in August 1943 alerted the Germans to Allied awareness of their activities and resulted in a dispersal of the facilities, making subsequent raids less effective. That night, 40 bombers were lost, 243 aircrew were killed and 45 made prisoner. To highlight the intensity of Bomber Commands operations, compare this to Fighter Command losing about 537 pilots killed during the Battle of Britain, which lasted almost four months. The loss of one person is not greater than the other, the sacrifice of one no less than the other, but the rate of loss in Bomber Command can often be overlooked. V-1 attacks commenced on the night of 12/13 June 1944 and the Allies instigated a number of countermeasures to complement the bombing raids. The fastest fighters were withdrawn from operations over Normandy, their role being to chase and shoot down the rockets, and a belt of anti-aircraft guns was set up along the coast on predicted routes of approach.

The V-1 attacks against England ceased before Operation Market Garden, as the Allies had taken much of the coastal zones where they were primarily based, but with the end of one threat came another, and on 8 September the first V-2 landed in London. Despite the size and speed of this new weapon, the warhead was only as large as the V-1. As the front line moved, so too did the launch sites, and even though England was attacked less often, other targets such as Antwerp and Allied airfields were still within range. By the end of the war, operations against the V-1 sites and their related facilities had cost the Allies 443 aircraft and 2,924 aircrew.

One method which was planned to be used to defeat the V-2 rockets was electronic countermeasures, which consisted of RAF units positioned on the coastal areas with signalling equipment attempting to detect the signals associated with the launch of a V-2 and then trying to jam that signal. It was thought that radio control was only in place for the first 40-70 seconds of the V-2’s flight, so any action taken had to be almost instantaneous. These assumptions were based on the method of operating the HS 293 radio-controlled bomb used by the Luftwaffe, which was launched from a bomber then steered onto its target by the bomb aimer. Radio-controlled bombs of varying types were used with some success by the Luftwaffe, including against Allied shipping during the landings at Anzio where LCT35, liberty ship Elihu Yale and HMS Inglefield were all sunk by radio-guided bombs.

While the electronic countermeasures were thought to be of use, one proven piece of technology was radar, which had been used so successfully during the Battle of Britain in 1940. Radar sites along the areas where the rockets were expected to pass were alerted to the potential new threat, and a number of procedures were put in place, one being the shouting of the code word ‘Big Ben’ when a launch was detected, to set in motion the chain of tasks and communications for the countermeasures to commence. Notification to the Scientific Observers Office was by the code word ‘Fireworks’ and if the army units on the continent detected a rocket being fired, they were to use the code word ‘Pop Gun’. Anti-Big Ben exercises were carried out in August 1944 in anticipation of the operation of these long-range weapons. Actual operations included ongoing `Jim Crow’ coastal patrols for spotting V-2 launches, and escorts to the specially modified bombers of RAF 100 Group who would also patrol the area of the coast of the Netherlands in an effort to detect any electronic signals related to the operation of V-2s. However, once the attacks on England had commenced, the rockets turned out to be less deadly than anticipated, and the attacks occurred at a lower rate than anticipated, so some countermeasures (such as equipping trawlers to help spot launches) were reduced or discarded altogether.

While 451 and 453 Squadrons flew dive-bombing missions against the German sites based in and around The Hague, other Australians contributed to operations against the V-weapons, including 456 RAAF Squadron. They flew night-interception patrols in their Mosquitos, hoping to find the occasional Heinkel He-111 that launched V-1s from the air. Instructions for squadrons conducting Big Ben operations included:

Credit for the idea of using Spitfires as dive-bombers against the V-2 sites is given to a collaborative effort between Sqn Ldr Ernest Esau, of 453 Squadron, and his station commander, Group Captain Arthur Donaldson DSO, DFC, AFC and they took the idea to Air Marshal Sir Roderic Hill, Commander-in-Chief of Fighter Command, who gave them the go-ahead.

We Together, 451 and 453 Squadrons at War is published by Mortons Books and is available to order here along with many other beautiful aviation books. Save 10% on all books with exclusive promotional code ‘AVGEEK10’! 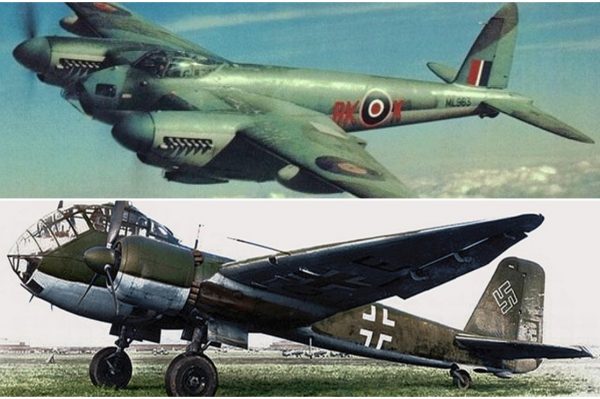