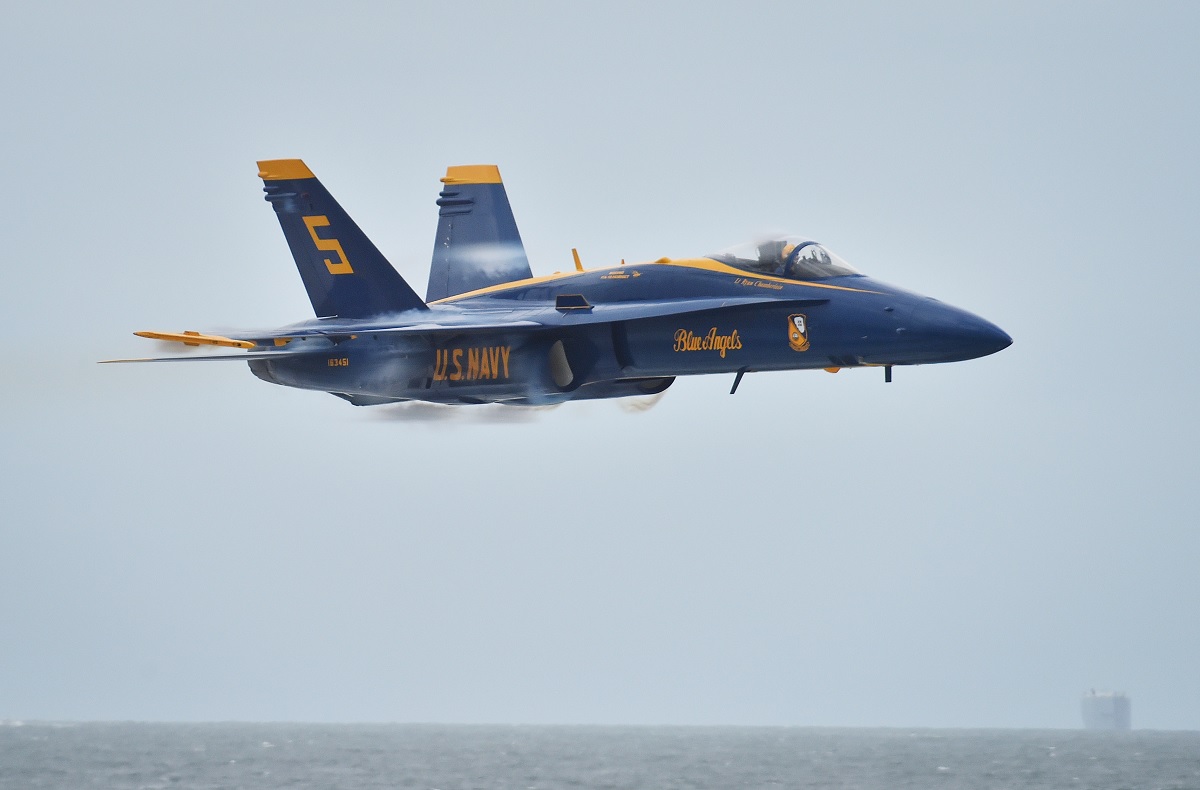 What it makes this video even more spectacular is the original sound of the jets which gives you the chance to appreciate the sheer power of the team F-18 Hornets.

Noteworthy, as announced earlier this year, the Blue Angels are slated to upgrade to Super Hornet soon.