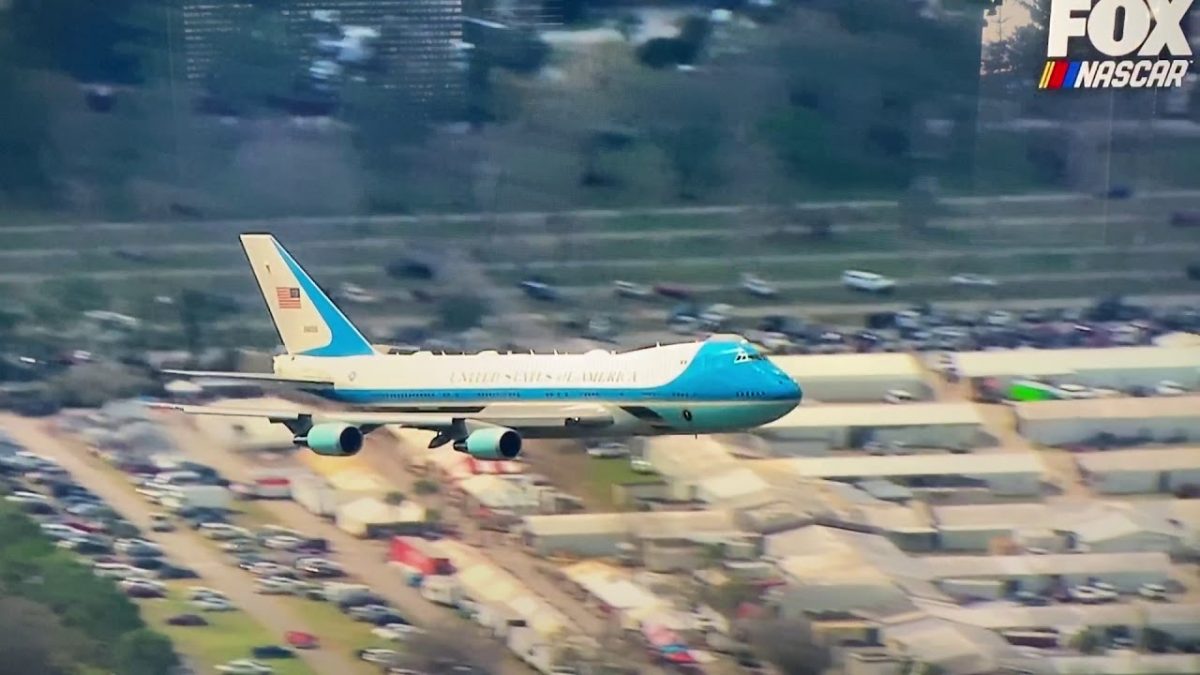 The Air Force One circled speedway stands that were not completely full at the time.

Taken on Feb. 16, 2020 the impressive video in this post features US President Trump‘s arrival at Daytona 500.

As the clip shows, the Air Force One circled speedway stands that were not completely full at the time.

From Presidents Roosevelt to Trump, Boeing airplanes have transported U.S. presidents around the world. Today, the chief executive flies aboard a specially configured 747-200B, the newest and largest presidential airplane. Its capabilities include:

The “flying Oval Office” has 4,000 square feet of interior floor space. Among its accommodations are:

The U.S. Air Force announced that it will continue the Boeing tradition with the 747-8, which will replace the two 747-200s that serve as the presidential Air Force One fleet. When the 747-8 takes flight as the next Air Force One, Boeing airplanes will mark more than half a century of presidential service through the Jet Age.