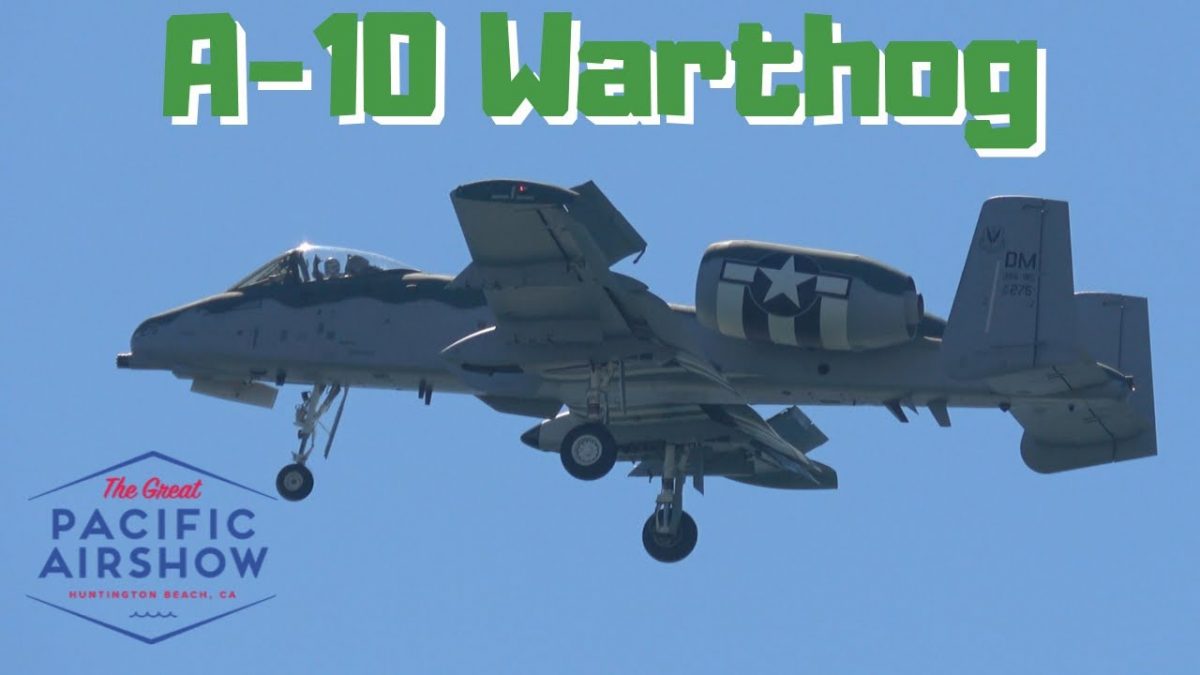 Since its launch in 2016 TGPA has exploded in popularity. In 2018 we had unprecedented attendance of more than 2 million people (!) making Huntington Beach the destination for the country’s best airshow experience.

As the video descriptions says, the unmistakable engine noise can only mean an A-10 Warthog is about to enter the area with a demonstration of agility and tight minimum radius turn during Saturday’s schedule of the Great Pacific Airshow.

Airmen of the 355th Equipment Maintenance Squadron gave A-10 Thunderbolt II 80-0275, assigned to the A-10 Demonstration Team at Davis-Monthan Air Force Base, a custom paint job resembling a World War II-era P-51 Mustang.

The A-10 / P-51 paint scheme features green paint overlapping the standard low-visibility gray pattern on the upper surfaces of the fuselage, engines, wings and horizontal stabilizers, while invasion stripes have been applied on the lower surfaces of the engines and wings.

The engines and wings also sport the same insignia used by the U.S. Army Air Forces until 1947, a few months before the official formation of the U.S. Air Force, instead of the current low-visibility markings. 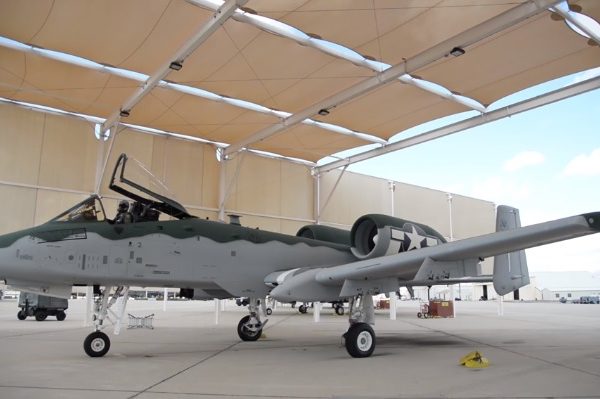 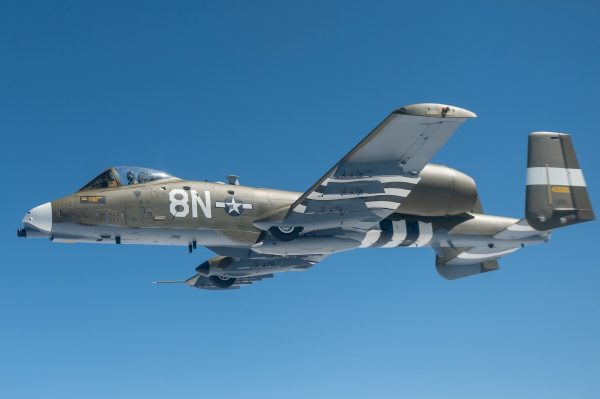 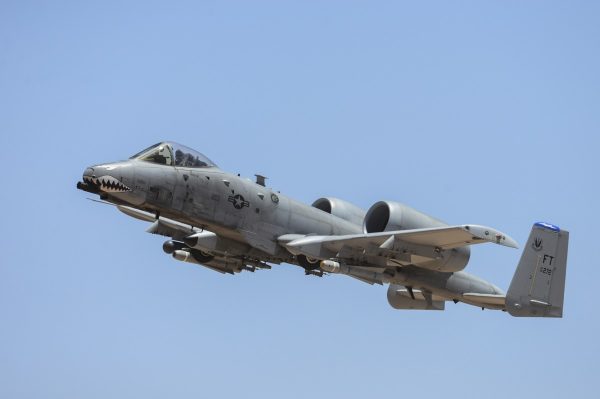