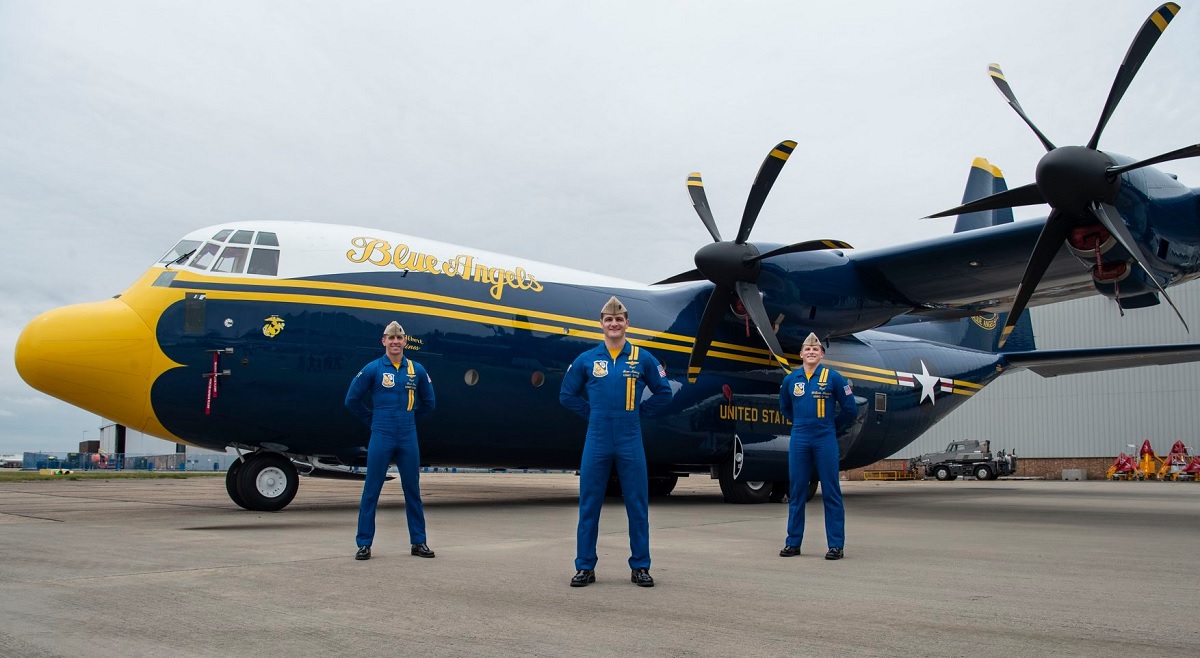 The new Blue Angels Fat Albert is almost ready to join the team: as the cool time-lapse video in this post shows in fact the Blue Angels C-130 Fat Albert New 2020 Paint has recently been revealed.

‘Your Blue Angels C-130 pilots and crew are currently in Cambridge, United Kingdom with our new C-130J!,’ the team says on its Facebook Page.

‘Over the next few weeks, team members will conduct a series of maintenance tests, which include an aircraft systems operational check out and a functional check flight, prior to completing the transatlantic flight to the United States.

‘Blue Angels fans you will notice a couple changes to the paint scheme. The flight surfaces now have yellow tips, similar to our F/A-18s, 2 stripes run down the side of the aircraft and the iconic white top has been changed to a tear drop design.

BUNO 164763 served the Blue Angels honorably for17 years, flew more than 30,000 hours in support of their mission, and represented the United States Marine Corps (USMC) to millions of fans.

The Blue Angels will be transported via Fleet-provided logistics, until the arrival of their new C-130J Fat Albert.