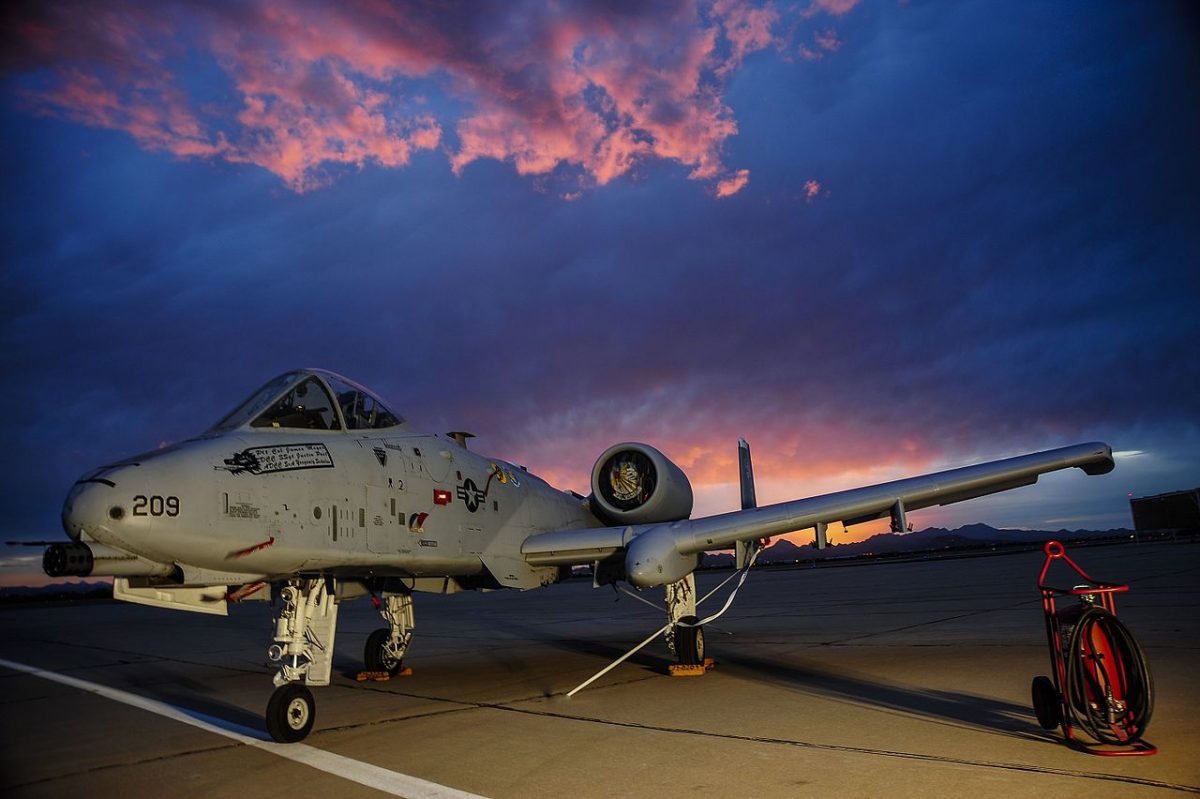 The Department of the Air Force’s fiscal year 2022 budget request is seeking the retirement of 42 A-10 aircraft, 35 of which are at Davis-Monthan AFB.

The Department of the Air Force announced on Jul. 23, 2021 it is pausing plans related to aircraft basing decisions at Davis-Monthan Air Force Base (AFB), Arizona and Nellis AFB, Nevada that are dependent upon the requirement to retire 42 A-10 Thunderbolt IIs, a Secretary of the Air Force Public Affairs news release says.

The announcement comes as the department awaits congressional action that will be reflected in fiscal year 2022’s National Defense Authorization Act.

As already reported, in support of modernization efforts, the Air Force announced Jun. 30 for its plans to establish a center of excellence for close air support and rescue missions at Davis-Monthan AFB by transferring the A-10 Thunderbolt II and HH-60 Pave Hawk weapons schools and test squadrons to the Arizona base beginning in fiscal year 2022 – a move contingent on congressional approval of the President Biden’s budget request to retire 42 older A-10 aircraft.

In addition, the movement of these squadrons and personnel from Nellis AFB would free additional range and base capacity necessary to test and train warfighters in fifth-generation aircraft and establish Nellis AFB as a fifth-generation center of excellence.

According to Air Force officials, however, these plans are on hold pending the outcome of congressional decisions in the FY-22 NDAA.

As already reported, along with Davis-Monthan AFB the Indiana Air National Guard (ANG) was slated to lose its A-10 aircraft in fiscal year 2022. The 122nd Fighter Wing at Fort Wayne, Indiana, had to pick up a new mission too.

The Department of the Air Force’s fiscal year 2022 budget request is seeking the retirement of 42 A-10 aircraft, 35 of which are at Davis-Monthan AFB. Pending congressional approval, the funds made available from retiring these older A-10s would create the fiscal and manpower flexibility required to design and field the future force needed to meet combatant commander requirements.

To date, the Air Force has 281 A-10s in its inventory, but has repeatedly stressed it can maintain roughly six of its nine A-10 combat squadrons through 2032. For this reason, the USAF is seeking to retire 42 A-10s while aims to modernize and keep 218 combat-capable Warthogs. The A-10 Thunderbolt Advanced Continuation Kitting wing replacement contract, which was awarded in August 2019, included the purchase of wings for 218 aircraft. The Air Force has invested $880 million in A-10 re-winging and avionics modernization efforts.