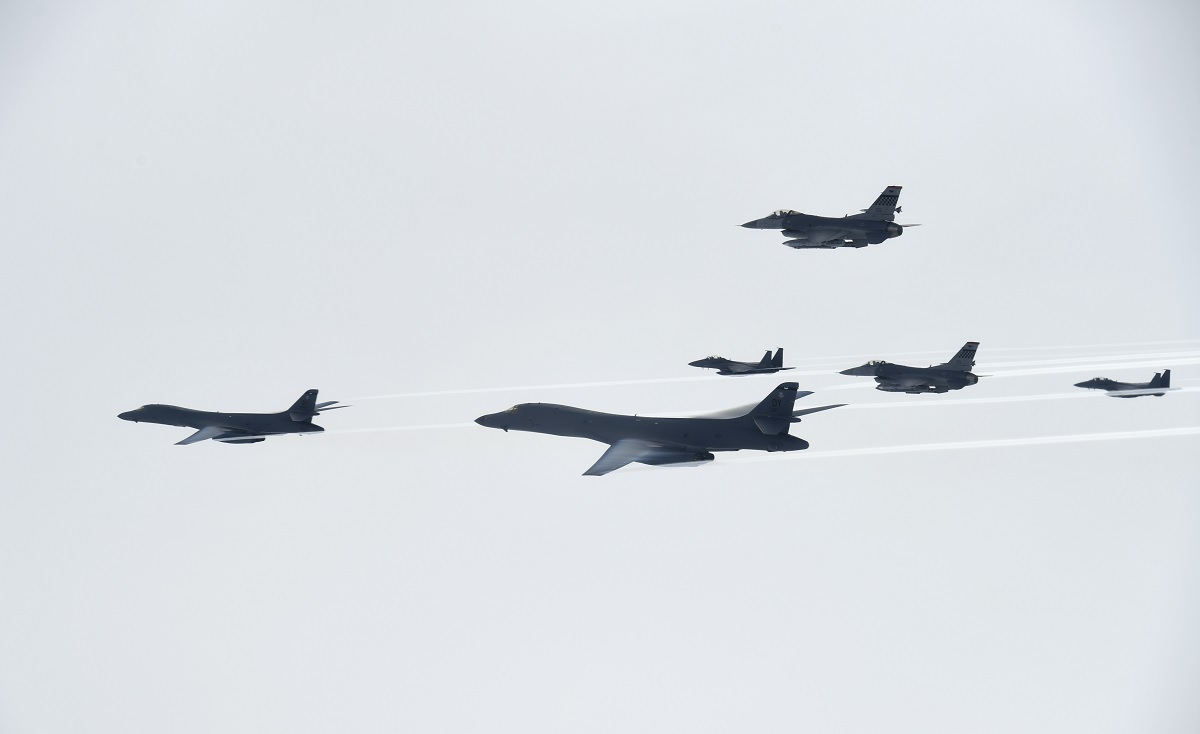 The Lancers have conducted a 10-hour sequenced bilateral mission with South Korean and Japanese fighter jets in response to a series of increasingly escalatory actions by North Korea, including a launch of an ICBM on Jul. 3

The Lancers have conducted a 10-hour sequenced bilateral mission with South Korean and Japanese fighter jets in response to a series of increasingly escalatory actions by North Korea, including a launch of an intercontinental ballistic missile (ICBM) on Jul. 3.

“North Korea’s actions are a threat to our allies, partners and homeland,” said General Terrence O’ Shaughnessy, Pacific Air Forces commander, in the article U.S. B-1B bomber flights demonstrate ironclad commitment to South Korea, Japan. “Let me be clear, if called upon we are trained, equipped and ready to unleash the full lethal capability of our allied air forces.”

As they were heading to the Korean Peninsula the B-1Bs were joined by Republic Of Korea Air Force (ROKAF) F-15 fighter jets and USAF F-16 fighter jets.

“U.S. bombers and Republic of Korea fighters are just two of many lethal military options at our disposal,” said Lt. Gen. Thomas Bergeson, U.S. Forces Korea deputy commander. “This mission clearly demonstrates the U.S.-ROK alliance remains prepared to use the full range of capabilities to defend and to preserve the security of the Korean Peninsula and region.”

“The U.S.-Japan alliance and the relationship between our militaries are stronger than they have ever been,” said Lt. Gen. Jerry P. Martinez, U.S. Forces Japan commander. “We continue to train with our Japanese allies to ensure we are ready to defend ourselves from attack.”

U.S. Pacific Command (USPACOM) maintains flexible bomber and jet fighter capabilities in the Indo-Asia-Pacific theater, retaining the ability to quickly respond to any regional threat in order to defend U.S. homeland and to support allies in the area.

As we have previously explained the B-1B Lancers are currently deployed at the Andersen AFB in support of USPACOM’s Continuous Bomber Presence (CBP) mission and have been dispatched to the peninsula several times recently ― generally after a provocative military action by the North. 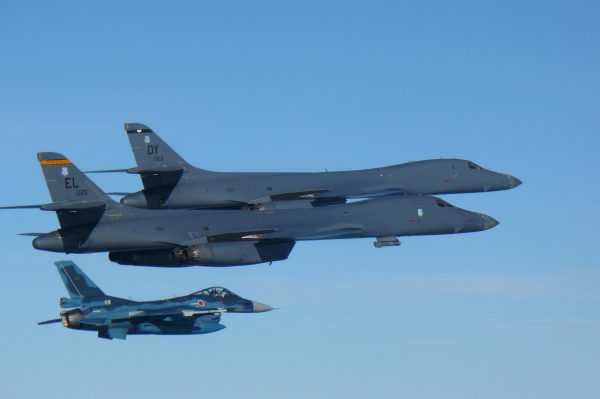