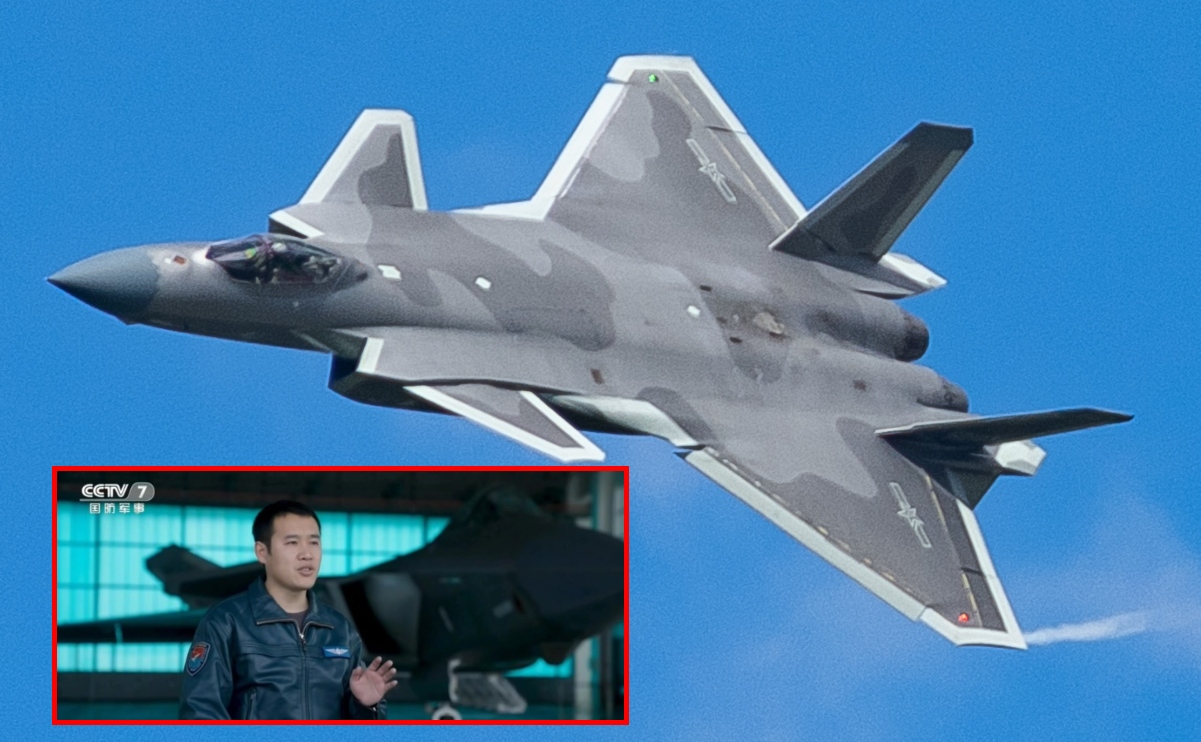 “When I was flying the fighter plane Treasure Island of the motherland, I could see the entire coastline and mountains of the Treasure Island. At that moment, I was proud and proud [sic],” Captain Yang Juncheng, PLAAF J-20 Mighty Dragon pilot.

A People’s Liberation Army Air Force (PLAAF) J-20 stealth fighter pilot said that he flew over Taiwan’s airspace and his Mighty Dragon was not intercepted by Republic of China Air Force (ROCAF) aircraft.

PLAAF has recently stepped up its incursions into the Taiwanese Air Defense Identification Zone (ADIZ). PLAAF had sent its fighters on at least seven occasions last week, Taiwan’s National Ministry of Defense (MND) said on Jan. 15, 2023.

While all the PLAAF fighter jets flying close to Taiwan are regularly monitored by the ROCAF, there may have been an instance when the service could not intercept China’s fifth-generation stealth fighter jet flying close to its airspace.

PLAAF Captain Yang Juncheng of the “Wang Hai” brigade recently told Chinese Central Television (CCTV) that he flew over Taiwan, overseeing the entire island from his cockpit. He said that he flew over Bashi Channel, Miyako Strait, and Tsushima Strait in the East China Sea.

Yang said, “When I was flying the fighter plane Treasure Island of the motherland, I could see the entire coastline and mountains of the Treasure Island. At that moment, I was proud and proud [sic].”

However, Taiwan’s MND has not officially acknowledged a J-20 flight near its airspace. According to The EurAsian Times, the MND regularly publishes data about Chinese aerial and maritime incursions on its official Twitter handle. This could mean that either the island forces could not intercept the J-20 or chose to withhold that information.

Yang added: “I said to myself at that time, I will fly over in the future! There is no such thing as the Taiwan Strait. This line or that line!”

The statement references the median line, an imaginary buffer that runs down the Taiwan Strait between Taiwan and China. While the line has helped keep the peace for a long time, it has increasingly become irrelevant as Beijing asserts its sovereignty over self-ruled Taiwan and has vowed to integrate it with the Chinese mainland.

In August 2022, PLAAF deployed the J-20 fighters for the first time in joint military exercises conducted by the PLA as tensions soared after US House Speaker Nancy Pelosi’s planned visit to Taiwan.

However Wilsbach did not specify when the F-35/J-20 encounter took place, or if there have been more than one.

“It’s a bit early to say what they intend to do with the J-20, so really all we’ve seen it do is air superiority,” he said about the role played by the Mighty Dragon.

“But we notice that they are flying it pretty well. We recently had – I wouldn’t call it an engagement – where we got relatively close to the J-20s along with our F-35s in the East China Sea, and we’re relatively impressed with the command and control associated with the J-20.”

“We’re seeing relatively professional flying and it’s still too early to tell exactly what they intend to do with [the J-20] – whether it’s going to be more like an F-35 that’s capable of doing many, many missions or more like an F-22 that is primarily an air superiority fighter that has an air-to-ground capability.”

In September 2021 the PLAAF showcased J-20 Mighty Dragon stealth fighter jets fitted with domestically produced engines at the Zhuhai Airshow. This represents a significant milestone as Beijing pushes the capabilities of its J-20 aircraft in a bid to rival the USAF F-22.

The Chengdu J-20 Mighty Dragon is a single- and twin-seat, twinjet, all-weather, fifth-generation fighter aircraft developed by China’s Chengdu Aerospace Corporation for the People’s Liberation Army Air Force (PLAAF). The J-20 is designed as a fighter with precision strike capability; it descends from the J-XX program of the 1990s.

The J-20 made its maiden flight on Jan. 11, 2011, and was officially revealed at the 2016 China International Aviation & Aerospace Exhibition. The aircraft was in military service by March 2017, with the aircraft officially entering combat training phase in September 2017.

Photo credit: N509FZ, Own work and emperornie via Wikipedia