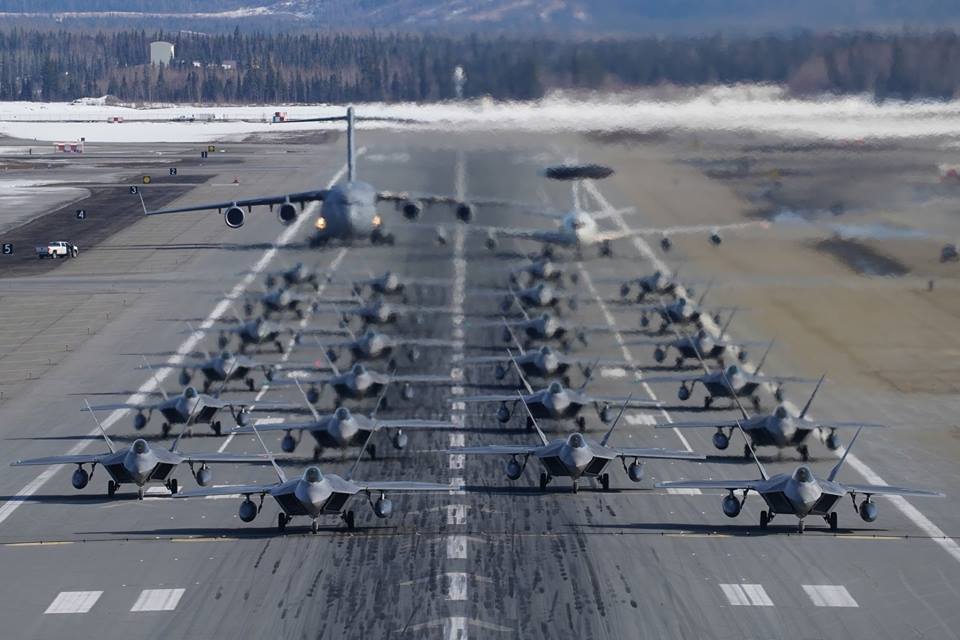 On Mar. 26, 2019 a squadron of USAF aircraft “elephant walked” down Joint Base Elmendorf-Richardson (JBER) in Alaska, as part of a routine to demonstrate their combat airpower and response abilities.

The “elephant walk,” which refers to the close formation of military aircraft before takeoff, comprised of 24 F-22 Raptor stealth fighters, a C-17 Globemaster III transport and an E-3 Sentry.

The routine was part of Polar Force, a two-week exercise that allows squadrons to showcase “their abilities to forward deploy and deliver overwhelming combat airpower,” officials said.

The F-22 Raptors are from the 3rd Wing and 477th Fighter Group, which are both associated with Joint Base Elmendorf-Richardson.

Should a crisis arise in the Pacific region, the aircraft and airmen of the 3rd Wing would be among the first responders.

Video from the exercise shows the aircraft taking off one by one before returning to the airstrip. 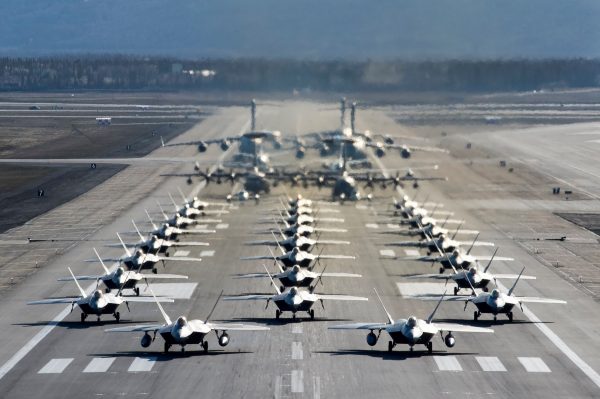 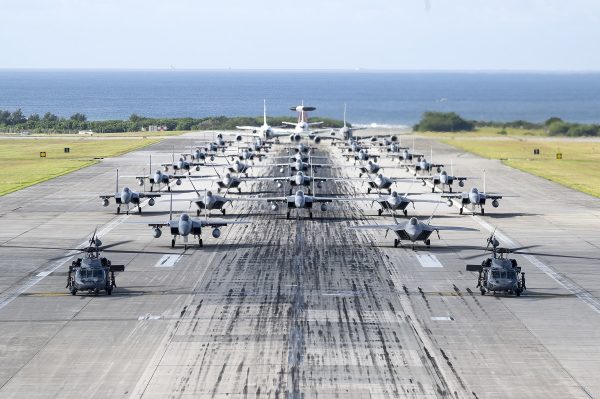