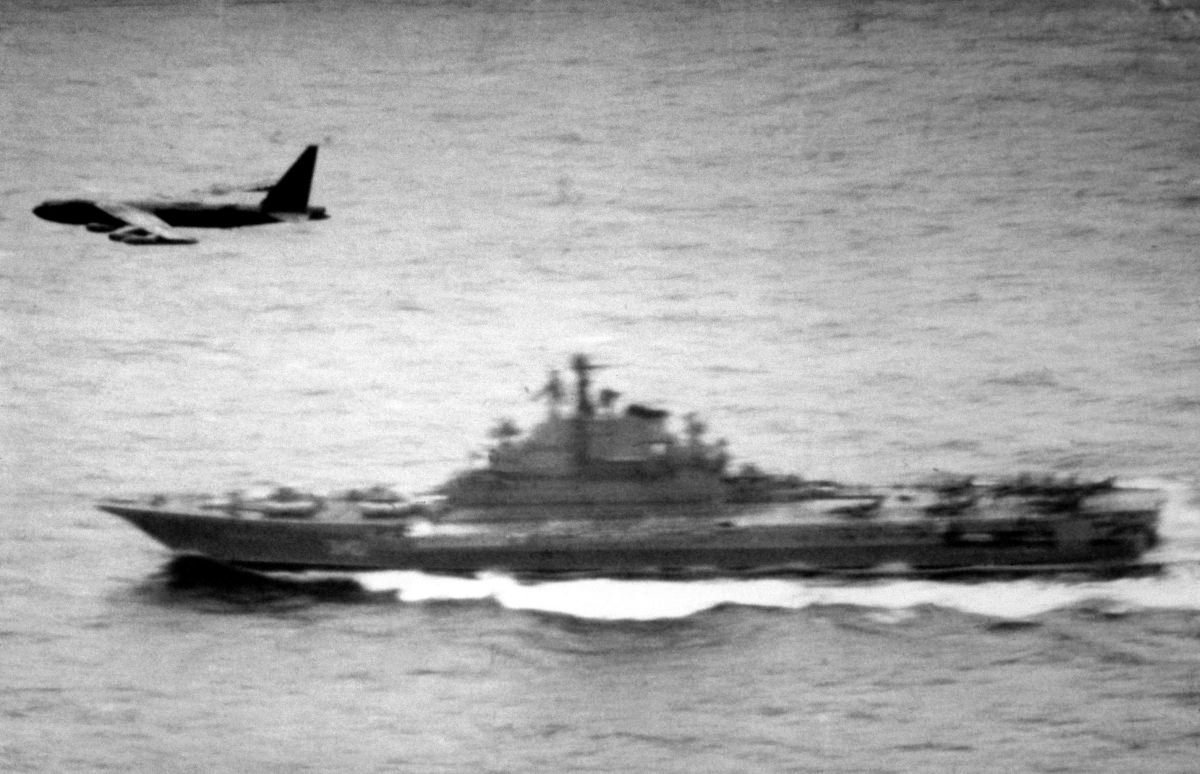 “As we approached the helo-ship, I noticed ten guys facing us, standing in a line across the landing pad. As we approached, all ten turned, dropped their pants, and mooned us. Navy guys, what a hoot!”

In 1976, my crew flew as three-ship cell lead across the Atlantic to train in a mock scenario with the British aircraft carrier Ark Royal, their sole carrier, which would gain fame six years later in the British/Argentine Falklands War in the South Atlantic. This war displayed that America is not the only civilized country that can stride into a conflict half-cocked and for prideful reasons. In retrospect, I can’t imagine what the Brits and Argentines were thinking at the time. However, I can’t imagine what the two sides in the American Civil War were thinking, either.

Reality seized the Falkland combatants when, over two days, the Brits sank the Argentine light cruiser General Belgrano with submarine torpedoes, and the Argentines sank the HMS Sheffield with a long-range Exocet missile fired from an Argentine fighter. The burning Belgrano killed 320 Argentines, and the sinking Sheffield claimed twenty Brits. Both populations recoiled in horror that their easy little war had produced such carnage.

But this event happened years later; in 1976, the Ark Royal was the pride of the vastly reduced British fleet that once ruled the waves for Britannia. A small ship by American standards, it could not catapult-launch state-of-the art fighters but instead relied on launching vertical takeoff/landing Harrier fighters off an up-sloped ramp.

We were supposed to fly to the eastern Atlantic near the British Isles to fly approaches to the Ark Royal as a training exercise. This proved a physically taxing mission.

The initial briefing took place at 0300 at Loring for the three bomber and four tankers that would refuel us over Newfoundland to allow us to make, the double oceanic crossing with added time for the exercise. Knowing I had to arise at 0200 made it impossible to get to sleep, as I went to bed at 2100. I kept calculating how much sleep I would get if I fell asleep immediately which discouraged me and prevented me going to sleep until about 2300. In the future, it seemed the three hours’ sleep I finally got was my minimum fo maximum crew days. If I got the three hours, I could hack it, I decided.

The briefing room crowd resembled an alert force briefing in size, and gaggle of every colonel on base hovered around the briefing with concerned frowns on their face. This would be a very high-visibility mission, and SAC would be judging them by our performance. As lead B-52 aircraft commander, I briefed the assembled crews on takeoff, rendezvous for refueling, and the actual refueling prior to our departure across the ocean. My brain kept asking why we were doing this at 0300, and I had to tell it repeatedly to shut up an take it.

We managed to get all seven aircraft airborne on time, but condition soon deteriorated. The weather on the refueling track over far eastern Canada initially did not allow sufficient visibility—two miles clear of clouds—to refuel. This threatened to terminate the entire mission. In addition, I had a deuce of a time trying to keep the tanker and bomber formations together while we searched for a break in the weather. At the beginning of the air refueling track, the four tankers were stacked up directly above my bomber formation. Buddy, my EW, had the only educated guess to exactly where they were with his electronic warfare equipment. It seemed a hopeless tangle as to who was where. Finally the weather provided the required two-mile visibility, and we formed our echelon line, the other bombers to my right and behind end below me, in line with my wing tip. The four tankers loomed before us in a similar formation.

I told the tankers we had them visually and requested clearance to the pre-contact position fifty feet behind them. As briefed, I would go first to tanker #2, and my bomber mates would begin on tankers #3 and #4. After fifteen minutes, we would drop back and move to the next tanker on the left. After I made the request, tanker lead cleared us in. That is where disaster almost struck. We all concentrated on our tanker as we closed, but #2 bomber was closing on the same tanker I was. This precise error had killed many previously, and would in the future.

There were two chances for us to escape catastrophe. Either the tanker boom operator would see the two planes converging on each other, or my nameless copilot would catch the other plane out of the corner of his eye. The copilot again saved the day, as he realized #2 was rapidly closing on us. He called, “Knock it off!” and brought everyone to the realization of what was about to happen. After wiping the sweat from our brows, we reengaged and took the gas.

Approaching Ireland, however, I started losing oil pressure on my #1 engine and had to eventually shut it down. Not only would I not get to with Ark Royal, I would have to land in England since, with the inoperative engine producing nothing but drag, I would not have enough fuel to return to Loring. SAC Headquarters directed me to land at Upper Heyford, England. I passed command to the #2 bomber’s aircraft commander and left the formation before they descended. I slept like a dead man at Heyford.

I did get chances to chase ships, however. Twice I drew oceanic intercept missions, one to buzz and harass Russian spy trawlers over international waters, and one to fly approaches to a naval task force in the Atlantic. I suppose we were getting even with the Russians intercepting our planes over the Pacific or Alaska.

Nothing particularly interesting happened as we buzzed the Russian trawler. I’m sure they were infuriated, but we couldn’t tell. The unusual aspect happened when I called Santa Maria Oceanic Control for my clearance back to Loring from a few hundred miles off the Portuguese coast. Santa Mari claimed they didn’t have any clearance on me. I told them I would orbit ten thousand feet and wait for them to find it. Five minutes later, they still claimed they didn’t have one. That’s when I pulled out my trump card. I told them if they didn’t find that clearance in the next five minutes, I was declaring “Due Regard” and proceeding on my filed flight plan regardless of lack of clearance. I had to do this because I had just enough fuel to make it back to base. Being a B-52, I couldn’t just land somewhere else for gas since everyone would think we had nukes on board and would freak out. I was going home with or without the clearance. Magically, Santa Maria immediately came us with my clearance!

I got in more trouble buzzing American ships in roughly the same area in a repeat mission. Before we buzzed the USN vessels, I asked how high their top mast was above the surface so I’d know how low I could fly on my radar altimeter. Surprisingly, they didn’t know. I guess it depends upon how much fuel or cargo they are carrying and how low they are riding in the water. At the end of the exercise, the helicopter carrier at the rear of the formation asked us to fly slowly over the helipad on the back of the ship. To fly slowly, I put the flaps down, a bad idea because if they malfunctioned and failed to retract, we wouldn’t have enough gas to make it home. I didn’t think of this until afterward, but fortunately they came up. As we approached the helo-ship, I noticed ten guys facing us, standing in a line across the landing pad. As we approached, all ten turned, dropped their pants, and mooned us. Navy guys, what a hoot! 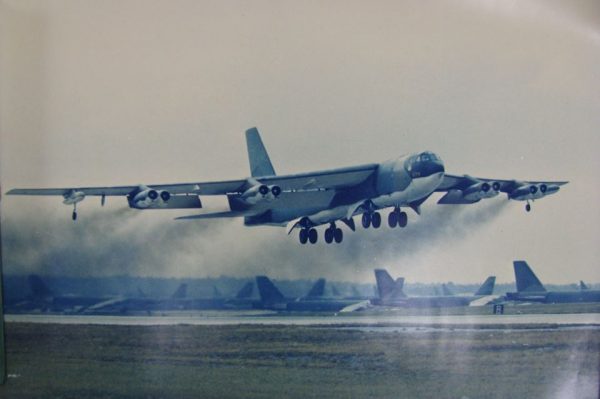