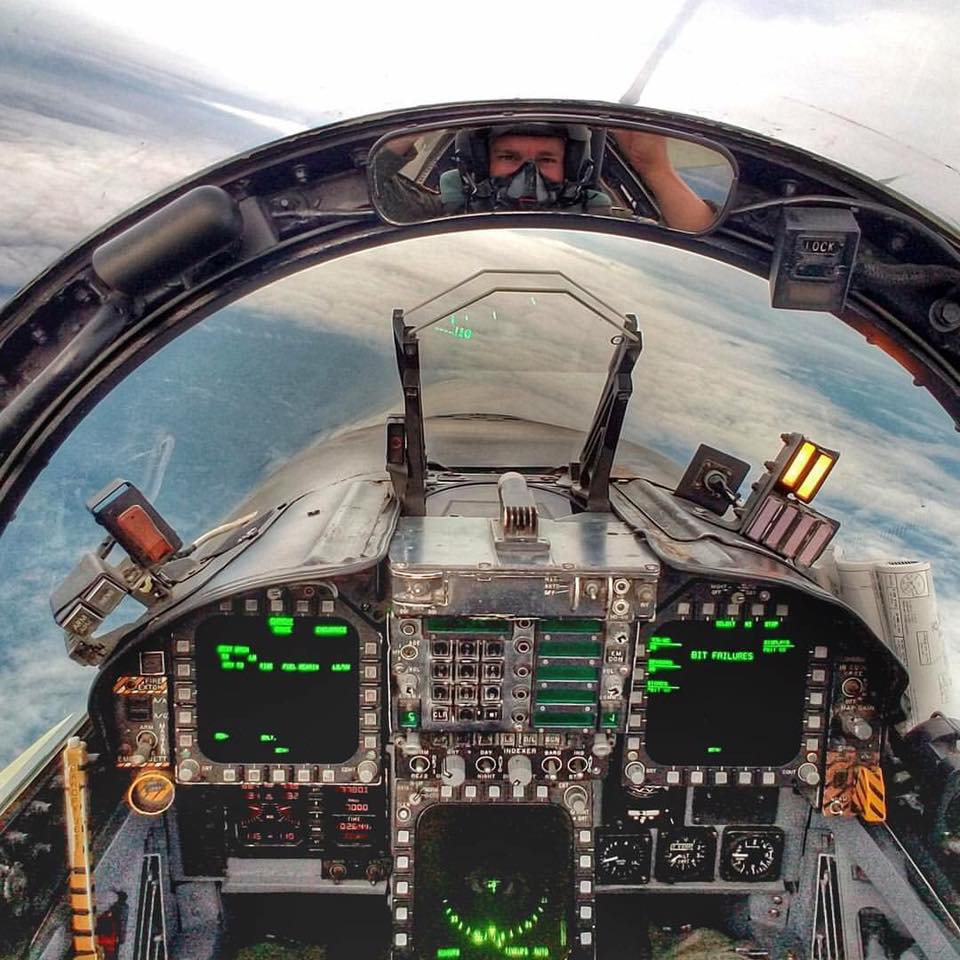 Taken on Jun. 30, 2017 from inside the cockpit of a U.S. Navy F/A-18 “Legacy” Hornet, the cool main picture of this article was shot as the jet was on its way back to the service flight demonstration squadron, the Blue Angels, after center barrel rework at Fleet Readiness Center Southwest (FRCSW).

The interesting photo at the bottom of the article instead features Fleet Readiness Center Southeast (FRCSE) workers hoisting a damaged F/A-18 Blue Angel on Jun. 29. The aircraft was involved in a bird strike at an air show in Shreveport Louisiana in May and was transported via flatbed truck to FRCSE for repairs.

Noteworthy, as we have previously explained, the Blue Angels announced last year that they will upgrade to Super Hornet soon.