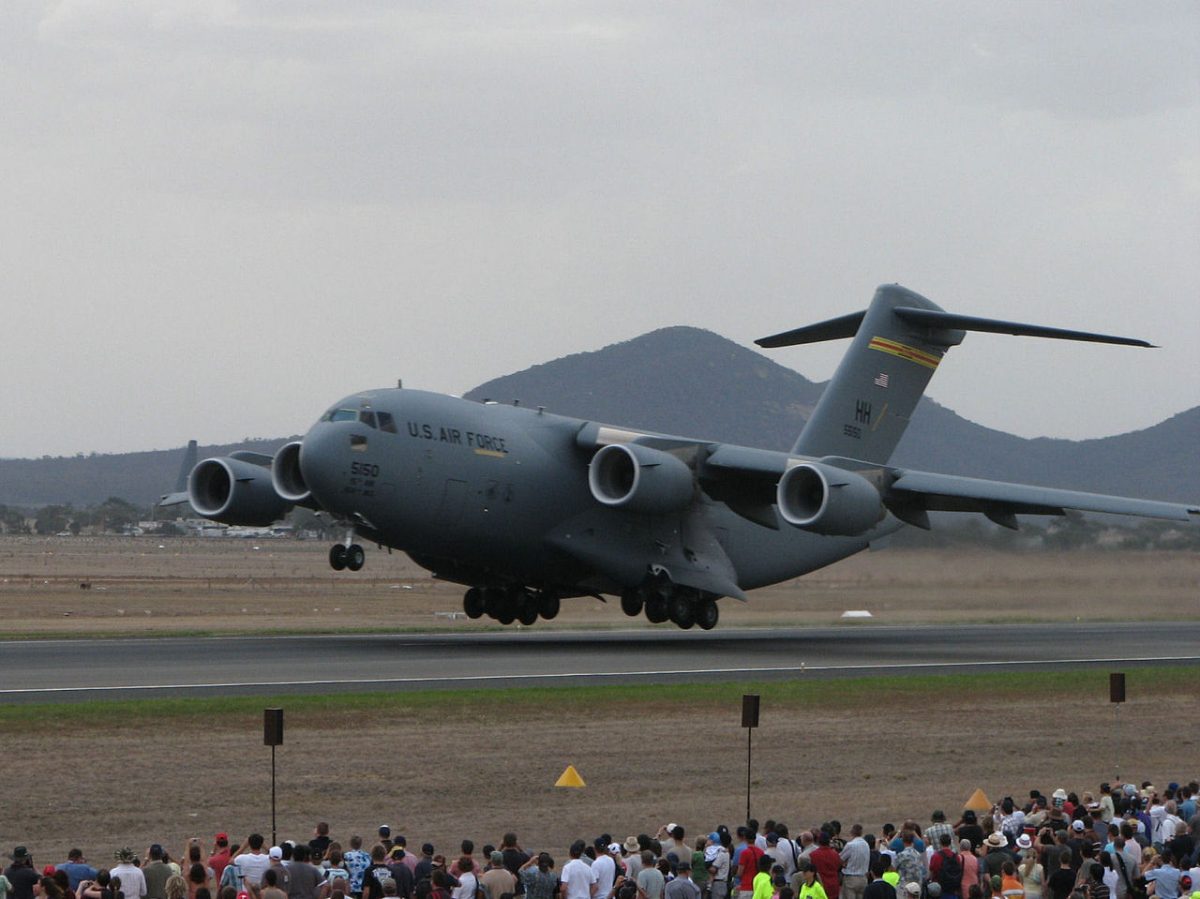 A C-17 Globemaster III crew from the 97th Airlift Squadron was given less than 24 hours to plan and execute a flying demonstration at Abbotsford International Airshow recently.

A C-17 crew from the 97th Airlift Squadron was given less than 24 hours to plan and execute a flying demonstration at Abbotsford International Airshow recently, Alert 5 first noted.

The email request came in at night and Lt. Col. Bruce Cohn and his Air Force Reserve aircrew were asked if they could fly at three slots over the weekend.

Wanted: A static display aircraft who could elevate to a flying demonstration at the Abbotsford International Airshow in British Columbia.

As explained by Maj Candice Allen, 446th Airlift Wing, in the article From ground to air: Aircrew plans, demonstrates C-17 capabilities in 24 hours, essentially, the request was for an aircraft which was originally scheduled to showcase on the ground, now would perform in the air.

Cohn, an instructor pilot assigned to the 97th Airlift Squadron and C-17 Globemaster III aircraft commander at the airshow, forwarded the request to his commander. In 24 hours, Cohn and his crew were approved to showcase the combat agility of the over 330,000-pound aircraft before a crowd of approximately 100,000 people.

“I want to thank you and those in your leadership chain for approving Lt. Col. Cohn’s crew from the 97th Airlift Squadron (AS) to perform a flying display of flypasts at our three shows on the weekend,” said Jim Reith, airshow president, in an email to Cohn and his commanders.

“The Globemaster is always a wonderful spectacle in the sky combining its size and maneuverability to show off the flexibility of missions that it can perform.”

Cohn and his aircrew’s goals for the demonstration were three-fold: meet the commander’s intent, follow the regulations, and make it a crowd pleaser.

“A demo is showcasing the capabilities of an aircraft,” Cohn said. “We planned and executed a performance inside of 24 hours. It was amazing.”

And showcase, they did.

“We performed a maximum effort takeoff followed by a high-angle climb over show center. Followed by high and low speed passes and a short field landing. The demo concluded with backing the aircraft and spinning it 180 degrees on the runway,” said, Cohn, the 22-year veteran.

“That demonstrated the aircraft’s capability to land and takeoff on a single piece on pavement.”

Each maneuver was aimed at showcasing how the aircraft can operate in austere environments.

“I’ve been in for 22 years, and there’s not many things I haven’t done in my career,” he said. “But, performing the demo was a first.”

Though the demonstration was a first for the pilots, it was their readiness training that made an email airborne.

Being combat-ready helped turn their first demonstration into a success.

Cohn, who is a traditional Reservist and pilot for a major airline, said it was his training that enables him to switch from being an airline pilot to a military pilot and showcase the aircraft.

“We used our training proficiency to maximize the aircraft,” he said.

And just like that – training enabled aircrew to plan and showcase global mobility capabilities rapidly.

The C-17 Globemaster III is capable of rapid strategic delivery of troops and all types of cargo to main operating bases or directly to forward bases in the deployment area. The aircraft can perform tactical airlift and airdrop missions and can transport litters and ambulatory patients during aeromedical evacuations. The inherent flexibility and performance of the C-17 force improve the ability of the total airlift system to fulfill the worldwide air mobility requirements of the United States.

The ultimate measure of airlift effectiveness is the ability to rapidly project and sustain an effective combat force close to a potential battle area. Threats to US interests have changed in recent years, and the size and weight of US-mechanized firepower and equipment have grown in response to improved capabilities of potential adversaries. This trend has significantly increased air mobility requirements, particularly in the area of large or heavy outsize cargo. As a result, newer and more flexible airlift aircraft are needed to meet potential armed contingencies, peacekeeping or humanitarian missions worldwide. The C-17 is capable of meeting today’s demanding airlift missions. 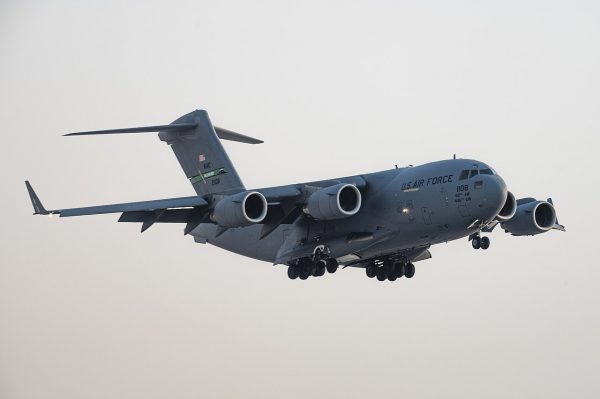 The story Reach 806, the C-17 that during Operation Allies Refuge landed in Kabul without normal runway lighting 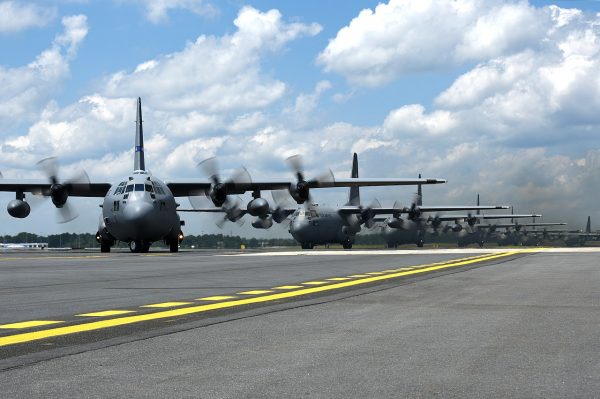 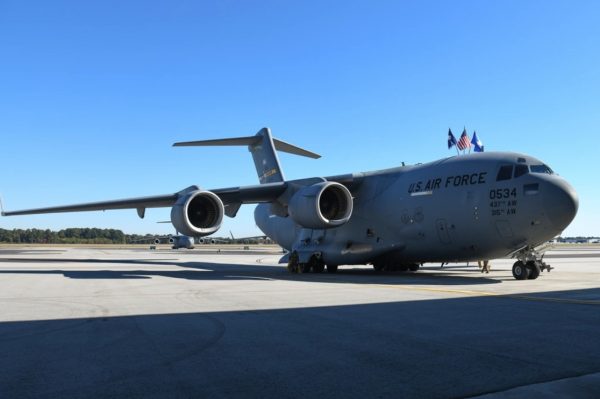