Log In Sign Up
Homepage Losses and Aviation Safety‘C-17 Crew did nothing to cause the deaths of Afghan civilians who tried to cling to the jet,’ USAF Investigation says 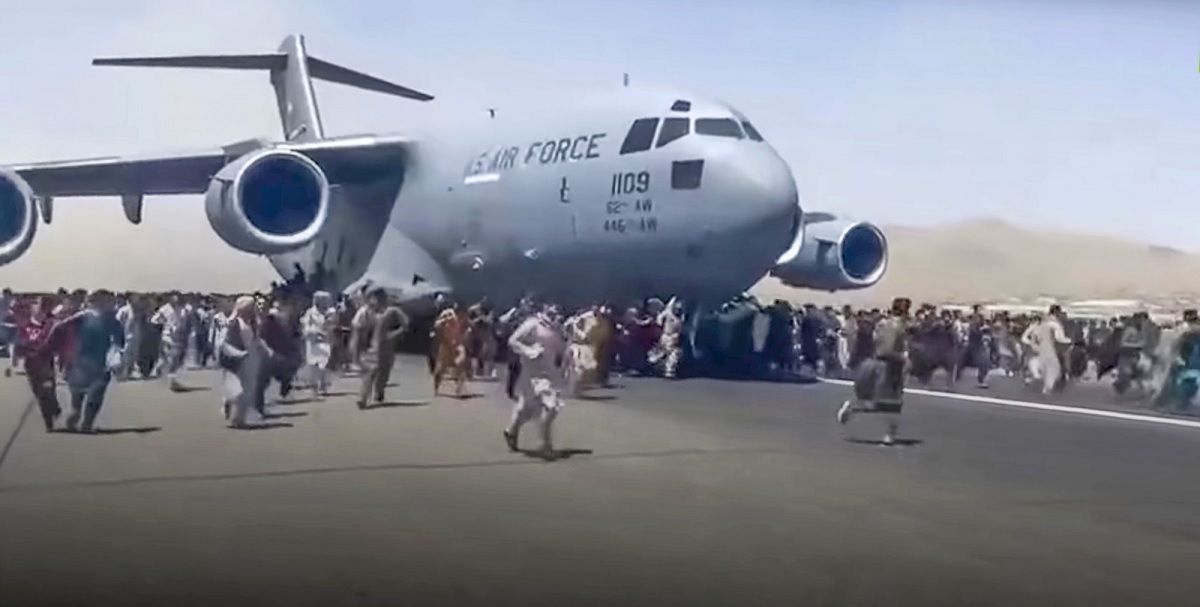 Civilians who had breached the airport’s perimeter desperate to leave the country, swarmed the C-17 after it landed at Hamid Karzai International Airport.

The deaths of Afghan civilians who tried to cling to a US Air Force (USAF) C-17 when it took off from Hamid Karzai International Airport in August 2021 were not caused by the crew of the airlifter, the USAF said on Jun. 13, 2022. Civilians fell off the aircraft, and remains were found in its landing gear well when it landed at Al Udeid Air Base, Qatar.

According to Air Force Magazine, in an email to members of the press, the Air Force announced the results of an inquiry by the judge advocates of Air Mobility Command and US Central Command, as well as a review by the aircrew’s operational leadership, and based on evidence collected by USAF’s Office of Special Investigations (OSI). Air Force spokesperson Ann Stefanek said in the statement that the aircrew “acted appropriately and exercised sound judgment in their decision to get airborne as quickly as possible” in the Aug. 16, 2021, incident.

Civilians who had breached the airport’s perimeter desperate to leave the country, swarmed the C-17 after it landed. The crew had not yet offloaded its cargo of support equipment for the evacuation effort. Unprepared for this surge of people and unsure of hostile intentions, the C-17 crew opted to continue taxiing and take off.

The USAF said at the time: “Faced with a rapidly deteriorating security situation around the aircraft, the C-17 crew decided to depart the airfield” with all speed.

Numerous people clung to the fuselage, sponsons, and landing gear were shown in video footages. Many let go before takeoff, but video of the incident appeared to show two or three people falling off the airplane from several hundred feet up as it climbed.

‘“Human remains” were found in the C-17’s wheel well when it landed at Al Udeid, Stefanek said. The aircraft—tail number 2-1109, and which had deployed from Joint Base Lewis-McChord, Wash.—was apparently undamaged.

‘The incident occurred “during an unprecedented evacuation where resources were constrained to ongoing security and evacuation activities” at Karzai International, Stefanek said. The OSI was asked to investigate, and upon the aircraft’s landing at Al Udeid, it “processed and documented the aircraft and the remains” and handed the scene off to “the host nation police, who declined further investigation,” she said.

‘The aircrew’s “operational leadership” reviewed the incident and determined that the crew acted appropriately in light of the circumstances. The AMC and CENTCOM judge advocates “concurred” that the aircrew complied with applicable rules and followed the rules of engagement “specific to the event and the overall law of armed conflict,” she reported.

‘The aircrew “faced an unprecedented and rapidly-deteriorating security situation,” Stefanek said, and the crew’s “airmanship and quick thinking ensured the safety of the crew and their aircraft.”

‘The aircrew sought “appropriate care and services to help cope with any trauma from this unprecedented experience” and returned to flight status later, she reported.’

“This was a tragic event and our hearts go out to the families of the deceased,” Stefanek said.

Operation Allies Refuge (the US Department of State’s mission for the safe evacuation of US citizens, Special Immigration Visa applicants and other at-risk Afghans as quickly and safely as possible) had been the largest non-combatant evacuation operation airlift in US history, roughly half of 222 C-17s in the entire USAF were committed to the operation. Because of this the service’s fleet of C-17 Globemasters has been pushed to levels far beyond their normal operational pace.

On Aug. 15, one of those C-17s ferried out 823 people, setting a new record for the most passengers transported in a single flight on a Globemaster III and making international headlines. On at least three other C-17 flights, babies were delivered. 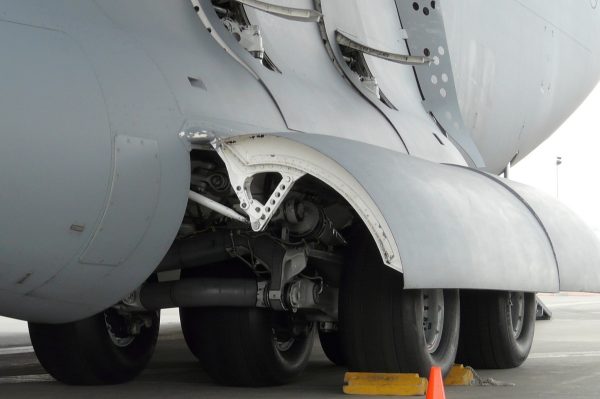 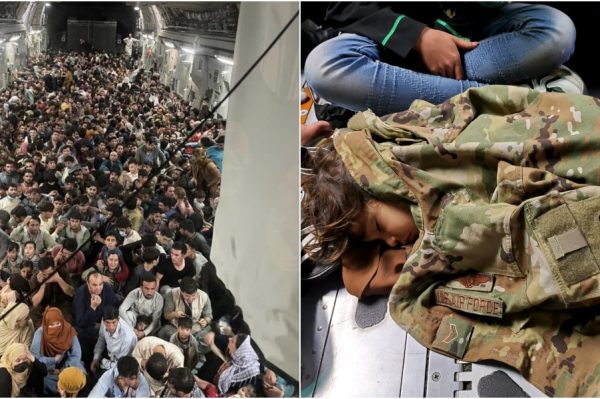