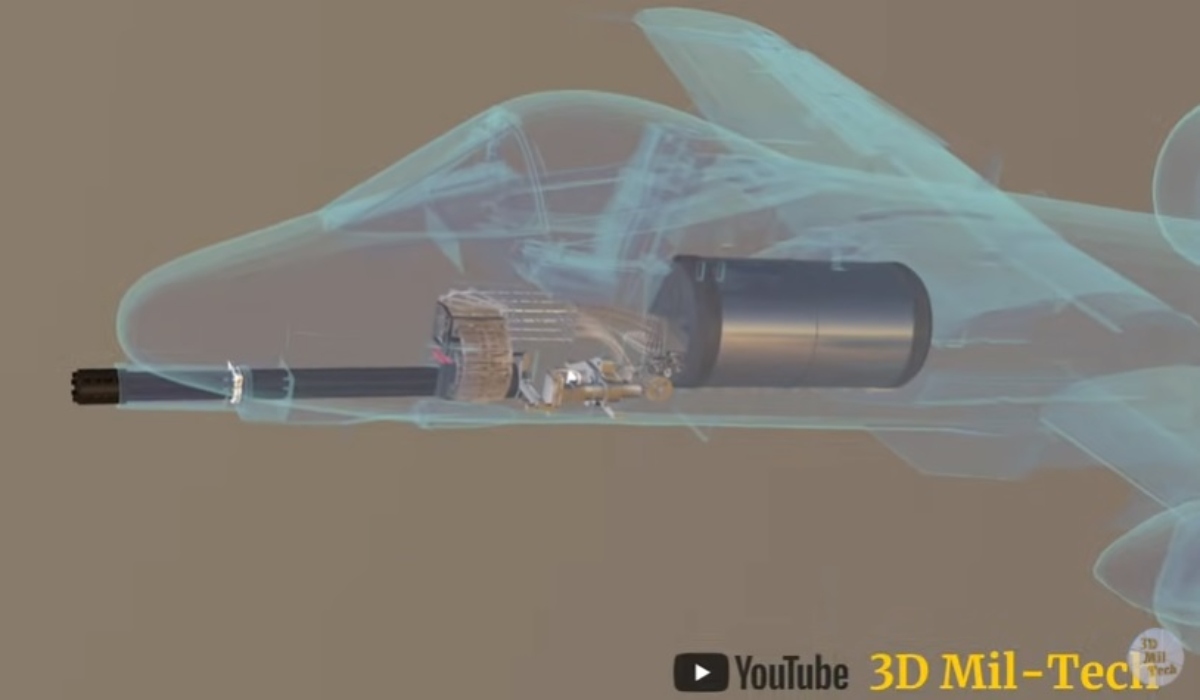 The General Electric GAU-8/A Avenger is a 30 mm hydraulically driven seven-barrel Gatling-style autocannon that is typically mounted in the US Air Force’s Fairchild Republic A-10 Thunderbolt II.

The cool video in this post features a 3D animation showing how a GAU-8 Avenger 30mm cannon system works.

The General Electric GAU-8/A Avenger is a 30 mm hydraulically driven seven-barrel Gatling-style autocannon that is typically mounted in the US Air Force’s Fairchild Republic A-10 Thunderbolt II. Designed specifically for the anti-tank role, the Avenger delivers very powerful rounds at a high rate of fire.

According to Air Force Flight Test Center news release, the GAU-8/A is extremely accurate and can fire up to 3,900 rounds per minute without complications. The 30-mm shell has twice the range, half the time to target, and three times the mass of projectiles fired by guns mounted in comparable close air support aircraft.

Removing an installed GAU-8 from an A-10 requires first installing a jack under the aircraft’s tail to prevent it from tipping, as the cannon makes up most of the aircraft’s forward weight.

The muzzle velocity of the GAU-8/A is about the same as that of the M61 Vulcan cannon, but the GAU-8/A uses heavier ammunition and has superior ballistics. The time of flight of its projectile to 4,000 feet is 30 percent less than that of an M61 round; the GAU-8/A projectile decelerates much less after leaving the barrel, and it drops a negligible amount, about 10 feet over the distance.

The GAU-8/A accuracy when installed in the A-10 is rated at 5 miliradans 80 percent meaning that 80 percent of rounds fired will hit within a cone with an angle of five milliradians; this equates to a 40-foot diameter circle at the weapon’s design range of 4,000 feet. By comparison, the M61 has an 8-milliradian dispersion.