Log In Sign Up
Homepage Aviation HistoryBrigadier General Fred Castle, the B-17G Copilot that stayed aboard his crippled Flying Fortress to let his crew bail-out. He was killed in the crash of his bomber after gasoline tanks exploded. 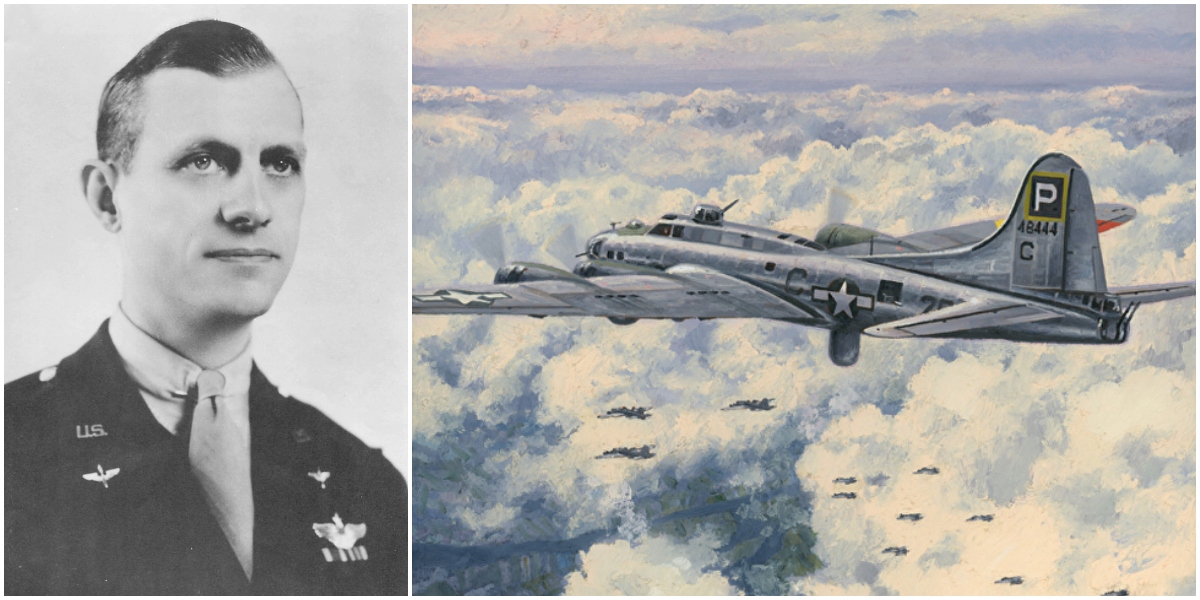 Brigadier General Fred Castle, the B-17G Copilot that stayed aboard his crippled Flying Fortress to let his crew bail-out. He was killed in the crash of his bomber after gasoline tanks exploded.

Brigadier General Fred Castle was flying as copilot with the 487th Bomb Group and 1Lt. Robert W. Harriman and his experienced lead crew of 6 officers and 3 enlisted gunners in the lead B-17G Flying Fortress seen here.

Europe, Christmas Eve 1944 – The weather over the northern continent finally started to clear due to the arrival of a much-needed high pressure system. The Battle of the Bulge was raging in hotly contested areas in Luxembourg and Belgium, and allied ground forces were in real danger of being completely surrounded after six hard-fought months on the continent. With the break in the weather the unprecedented might of the allied air forces launched what turned out to be the largest heavy bomber strike of World War II …

While over 1,000 9th Air Force fighters and fighter-bombers continued the bloody low level war directly supporting US Army forces, the England-based 8th Air Force launched a strategic “maximum effort” of nearly 2,000 heavy bombers escorted by almost 900 fighters. They were accompanied by 800 Royal Air Force heavy bombers. All three of the “Mighty 8th’s” bombardment divisions put up everything they had. Their targets were German fighter airfields and communications centers throughout western Germany in critical support of the ongoing battles far below.

As the awesome artwork in this post painted by Wade Meyers (be sure to visit his site to see his beautiful paintings) shows, as the 3rd Bomb Division’s 4th Combat Bomb Wing commander, Brigadier General Fred Castle was flying as copilot with the 487th Bomb Group and 1Lt. Robert W. Harriman and his experienced lead crew of 6 officers and 3 enlisted gunners in the lead B-17G Flying Fortress seen here. The bomber was nicknamed Treble Four in honor of her serial number, 44-8444. As airborne commander and a ‘pathfinder’ – 444 was equipped with the advanced H2X “Mickey” ground-mapping radar in place of her ball turret – Castle’s Fortress carried three navigators, one each for dead reckoning, pilotage (ground reference), and a specially trained Mickey radar navigator.

At altitude and nearing the target, Treble Four began to have problems. Brig. Gen. Castle’s Medal of Honor citation reads as follows:

The President of the United States of America, in the name of Congress, takes pride in presenting the Medal of Honor (Posthumously) to

UNITED STATES ARMY AIR FORCES, for service as set forth in the following

For conspicuous gallantry and intrepidity in action above and beyond the call of duty while serving with the 487th Bombardment Group (H), 4th Bombardment Wing, Eighth Air Force.

He was air commander and leader of more than 2,000 heavy bombers in a strike against German airfields on 24 December 1944. En route to the target, the failure of one engine forced him to relinquish his place at the head of the formation. In order not to endanger friendly troops on the ground below, he refused to jettison his bombs to gain speed maneuverability. His lagging, unescorted aircraft became the target of numerous enemy fighters which ripped the left wing with cannon shells, set the oxygen system afire, and wounded two members of the crew. Repeated attacks started fires in two engines, leaving the Flying Fortress in imminent danger of exploding. Realizing the hopelessness of the situation, the bail-out order was given. Without regard for his personal safety he gallantly remained alone at the controls to afford all other crewmembers an opportunity to escape. Still another attack exploded gasoline tanks in the right wing, and the bomber plunged earthward, carrying Gen. Castle to his death. His intrepidity and willing sacrifice of his life to save the members of his crew were in keeping with the highest traditions of the military service.

Merced Army Air Field was redesignated Castle Field in his honor on Jan. 17, 1946. The facility became Castle Air Force Base in 1948. The base closed in 1995. 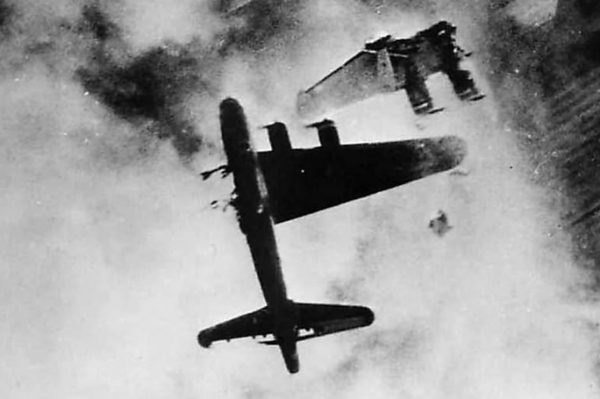 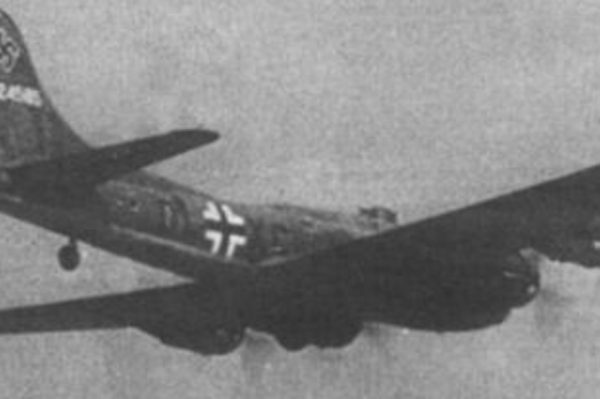 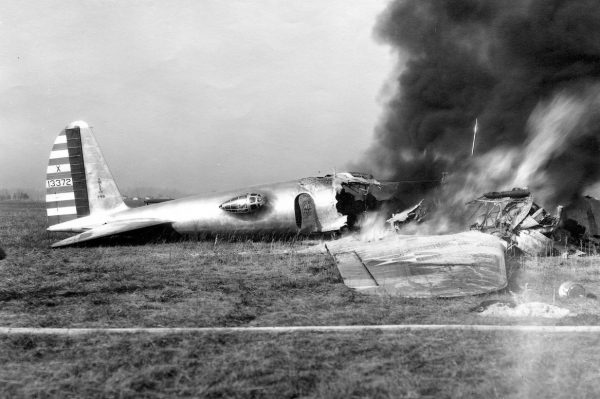