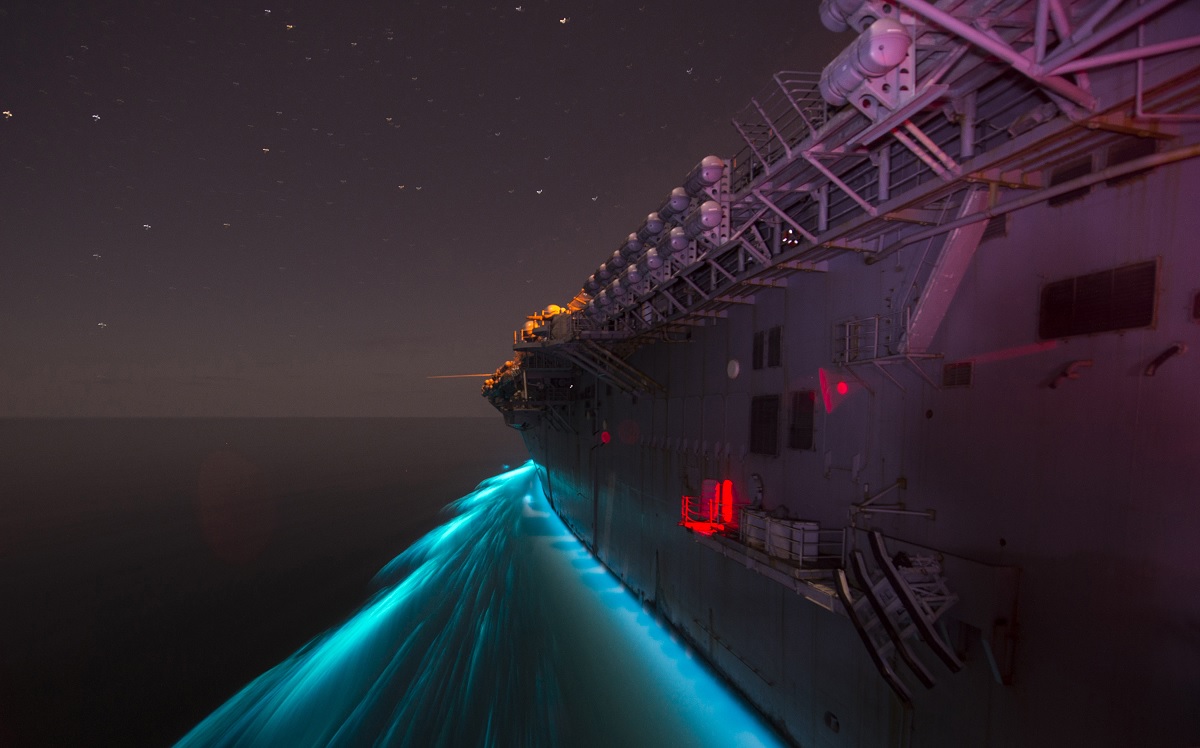 USS Makin Island is the first U.S. Navy amphibious assault ship to be equipped with both gas turbines and an auxiliary propulsion system instead of steam boilers

The ship is deployed in the U.S. 5th Fleet area of operations in support of maritime security operations designed to reassure allies and partners, and preserve the freedom of navigation and the free flow of commerce in the region.

USS Makin Island was delivered to the Navy in April 2009 and according to the service is the first U.S. Navy amphibious assault ship to be equipped with both gas turbines and an auxiliary propulsion system (APS) instead of steam boilers. The APS uses two induction-type auxiliary propulsion motors (APM) powered from the ship’s electrical grid rather than relying on main propulsion engines to power the ship’s shaft, which are less efficient at lower speeds. Instead of using its gas turbines, which are less efficient at lower speeds, the ship will be able to use its APS for roughly 75 percent of the time the ship is underway. The entire propulsion and electric system is controlled by a comprehensive machinery control system that also controls and monitors damage control, ballasting and de-ballasting, fuel fill and auxiliary machinery. The machinery control system allows the ship to switch from gas turbine to electric propulsion on the fly. It is fully distributed, accessible from multiple locations, and every console provides full system control and monitoring capabilities of the entire engineering plant. 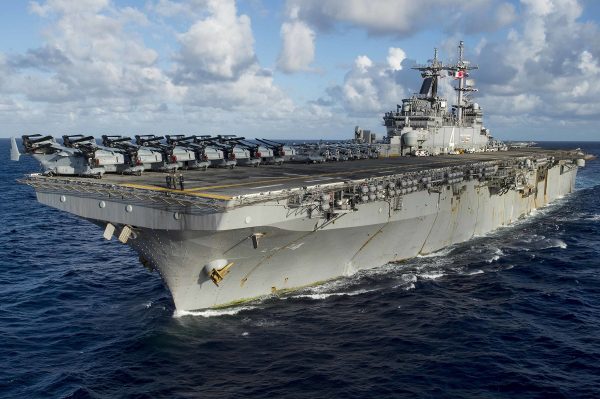