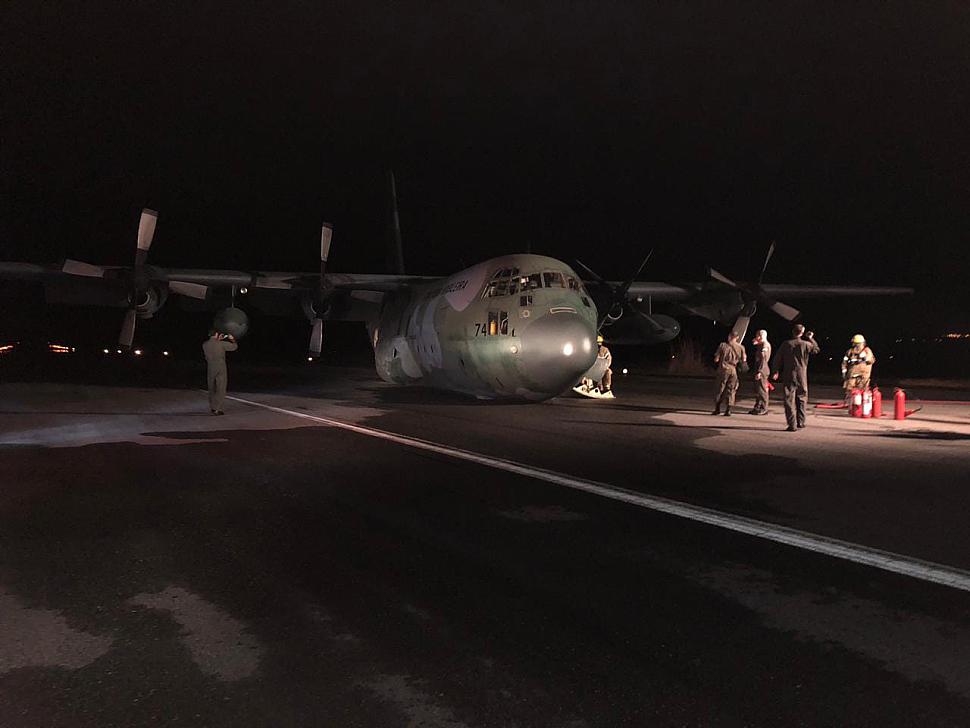 The photo in this post shows Brazilian Air Force (Força Aérea Brasileira, FAP) C-130H #2474 after emergency belly landing at Air Wing 2 base in Anápolis with 45 crew and passengers on board.

According C-130.net, the landing occurred on the evening of Sep. 6, 2018 after the aircraft suffered an emergency during a flight from Manaus to Brasília.

During the emergency landing sparks were generated by the friction of the fuselage of the C-130 with the the runway.

A Brazilian Air Force investigation into the circumstances surrounding the mishap is underway.

The venerable Hercules entered FAP in 1964, when the first three C-130Es arrived at Base Aérea do Galeão. In 1965, the first five C-130Es began operations with the 1º/1º Grupo de Transporte, and in 1968 another three aircraft would join the fleet; in that year, the Brazilian C-130Es completed 10,000 flight hours, most of them bringing supplies from abroad.

In 1975 and 1976, three C-130Hs and two KC-130Hs were received. The H version differs from the E by having more powerful engines and strengthened wings. As reported by History of the Brazilian Air Force, they were initially assigned to the 2º/1º Grupo de Transporte de Tropa, based at Base Aérea dos Afonsos, where they replaced the C-115 Buffalo. As well as ferrying supplies, the C-130Hs were also regularly employed training the Brazilian Army parachute troops. The KC-130Hs entered in service simultaneously with the Northrop F-5E Tiger II, which was the first FAB fighter fitted with an air-to-air-refuelling probe. These two air assets greatly contributed to increase the service operational capability. 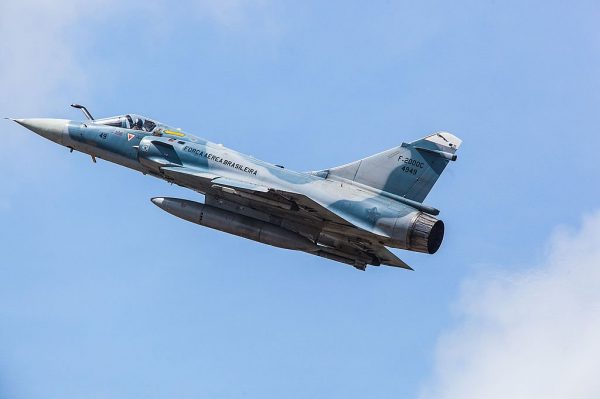 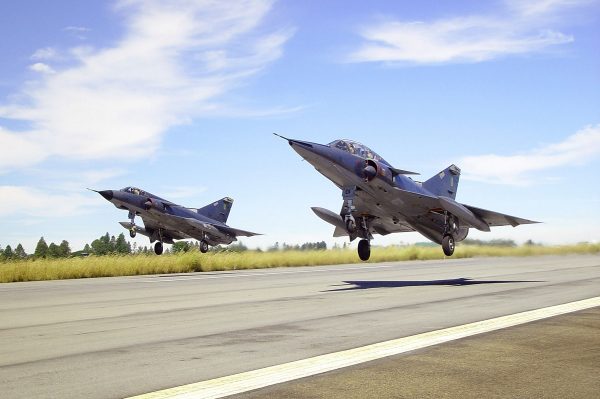