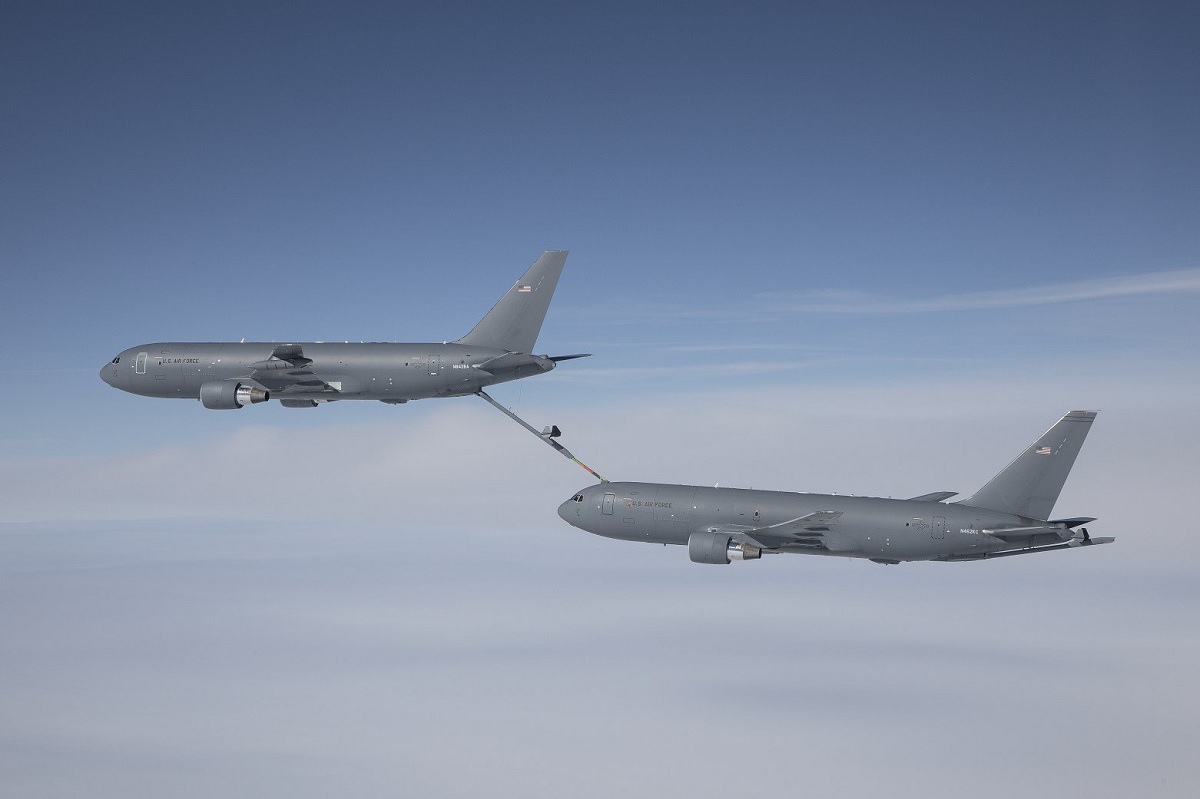 The KC-46A completed tests required for first aircraft delivery planned in late October: the tanker is now cleared to refuel the F-16 and C-17 while receiving fuel from the KC-135

Boeing is now cleared to deliver the first KC-46A to the U.S. Air Force following the completion of the final flight tests required on Jul. 6.

The aerial tanker is now cleared to refuel the F-16 and C-17 while receiving fuel from the KC-135.

“With this milestone complete, the test program has demonstrated a level of maturity that positions Boeing to deliver, and the Air Force to accept, an aircraft by the end of October 2018,” said Dr. Will Roper, the Air Force service acquisition executive.

On Jun. 4, 2018, Chief of Staff of the Air Force Gen. David L. Goldfein met with the men and women testing the KC-46 at Boeing Field to witness their hard work firsthand. While flying on a scheduled KC-46 test mission, Goldfein flew the aircraft and its boom in between test points, and observed C-17 receiver aircraft certification testing.

“It was a pleasure to fly the KC-46, an aircraft that will enhance our lethality and global warfighting capabilities,” Goldfein said. After the recent test point completion, he added, “I am encouraged by the team’s progress in putting another significant milestone behind us. The collective Air Force, Boeing, Federal Aviation Administration, and Defense Contract Management Agency team is laser-focused on the remainder of activities needed to certify and accept this much-needed tanker in late October. I am excited for our Air Force as we move closer to having this aircraft in the hands of our warfighters who will unleash its demonstrated capabilities in support of the Joint fight.”