Log In Sign Up
Homepage Military AviationA BLAST FROM THE PAST: COOL PHOTO OF THE FIRST F-15E STRIKE EAGLE 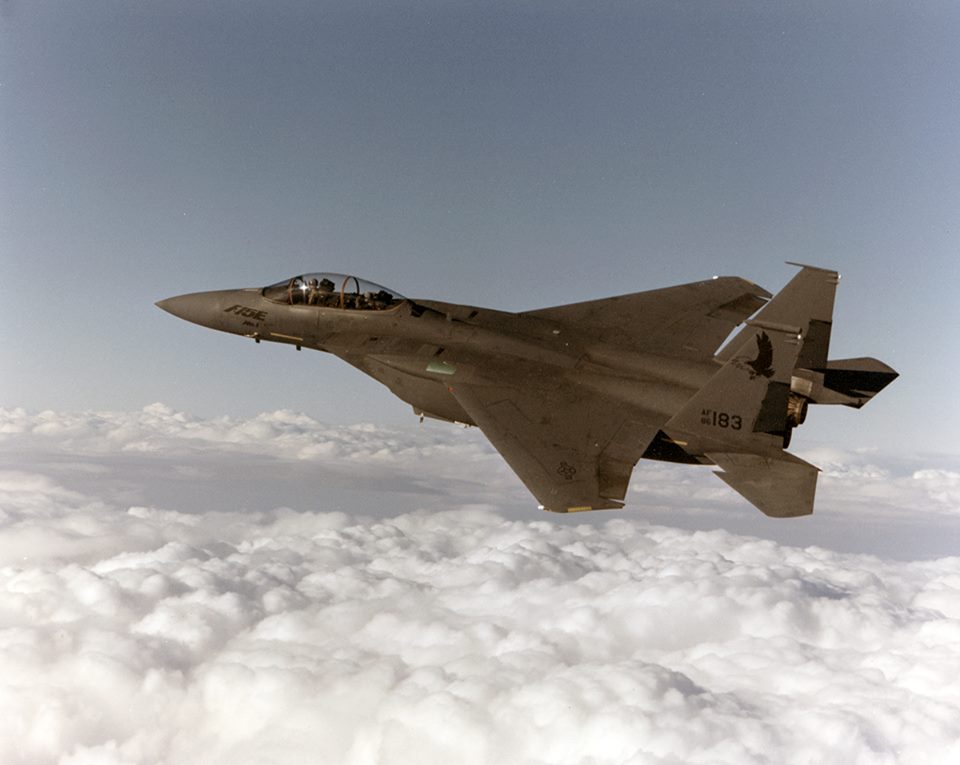 The interesting photo in this post features the first McDonnell Douglas (now Boeing) F-15E Strike Eagle which from Mar. 2, 1987 was used at Edwards Air Force Base (AFB) for Developmental Test & Evaluation (DT&E).

The F-15E was a modification of the two-seat F-15 Eagle and was designed as an all-weather multirole strike fighter with a back seat for a second crew member to operate a ground attack weapons delivery system. The cockpit contains the latest advanced avionics, controls and displays. The redesigned airframe was built with a stronger structure allowing heavier takeoff weights and doubled the original F-15 Eagle’s service life.

The first production model of the F-15E was delivered to the 405th Tactical Training Wing, Luke AFB, Ariz., in April 1988.

The F-15E is powered by two Pratt & Whitney F100-PW-220 or 229 engines that incorporate advanced digital technology for improved performance. For example, with a digital electronic engine control system, F-15E pilots can accelerate from idle power to maximum afterburner in less than four seconds, a 40 percent improvement over the previous engine control system. Faster engine acceleration means quicker takeoffs and crisper response while maneuvering. The F100-PW-220 engines can produce 50,000 pounds of thrust (25,000 each) and the F100-PW-229 engines 58,000 pounds of thrust (29,000 each).

Each of the low-drag conformal fuel tanks that hug the F-15E’s fuselage can carry 750 gallons of fuel. The tanks hold weapons on short pylons rather than conventional weapon racks, reducing drag and further extending the range of the Strike Eagle. 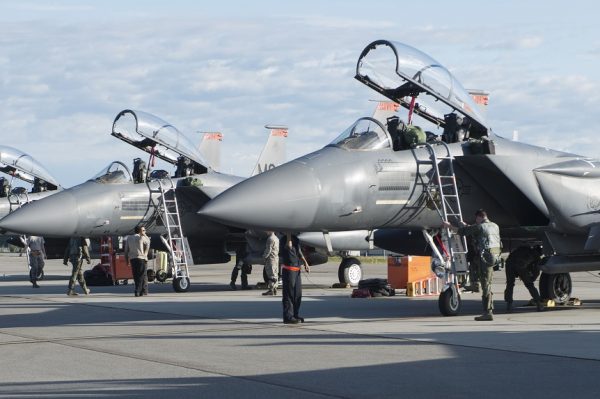 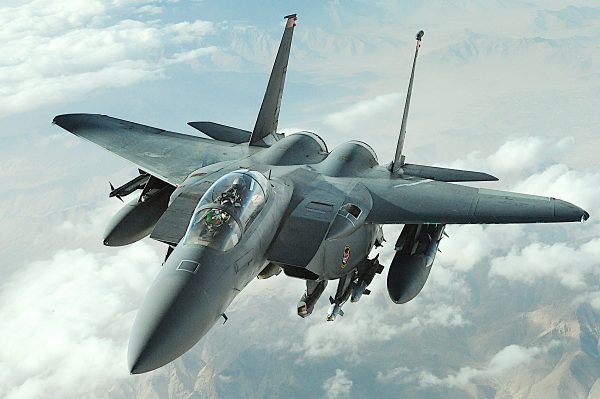