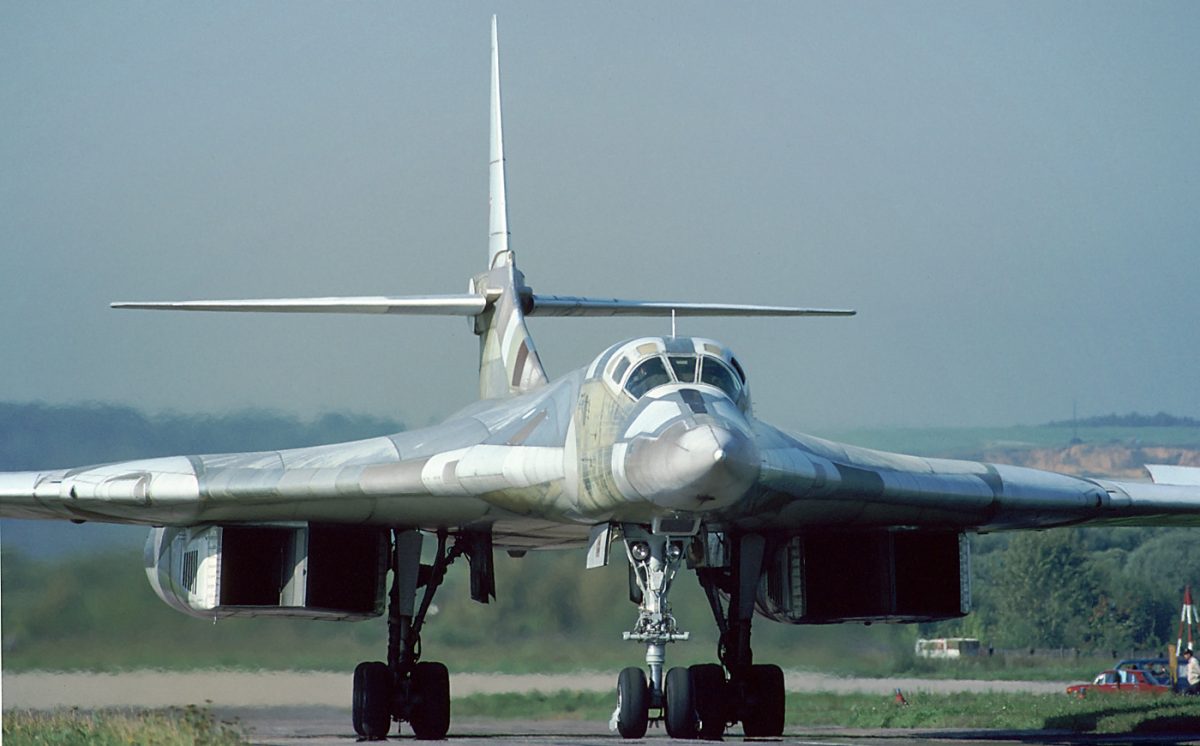 Developed as the answer to the American B-1, the Tupolev Tu-160 (NATO codification: Blackjack) was the Soviet Union’s most potent strategic bomber. Several project versions were rejected, and a highly controversial contest involving some of the Soviet Union’s top-class aircraft design companies took place before the Tu-160 variable-geometry bomber reached the hardware stage. Its design made use of many advanced features not used previously on Soviet bombers.

As told by Yefim Gordon & Dmitriy Komissarov in their book Tupolev Tu-160, Soviet Strike Force Spearhead, the second production Tu-160 was lost in the course of the manufacturer’s flight tests in March 1987, the Tupolev OKB test crew ejecting safely. Apart from that, the Blackjack did not suffer accident attrition for more than two decades. On Sep. 18, 2003, however, disaster struck. That day a 121st GvTBAP Tu-160 coded “01 Red” and named Mikhail Gromov (c/n 82007617, f/n 7-01) – the first of the type to be delivered new to the Russian Air Force – departed from Engels-2 AB at 1030 hrs Moscow time, heading south-east towards Krasnyy Koot (`Red Corner’, Saratov Region). It was making a routine check flight after an engine change (the No.4 engine had been replaced after a chip detector warning light had come on in the previous flight on Sep. 11); there were no weapons on board. The aircraft was captained by 40-year-old Guards Lt.-Col. Yuriy M. Deyneko, the unit’s Deputy CO (Chief of Flight Training). The crew also included co-pilot Guards Maj. Oleg N. Fedusenko, navigator Guards Maj. Grigoriy A. Kolchin (the unit’s Chief Navigator) and WSO Guards Maj. Sergey M. Sukhorookov.

Everything was normal until the objective had been completed and it was time to return to base. 37 minutes after take-off, when the Tu-160 was approaching Engels from the south-east, an emergency developed with overwhelming speed. According to the preliminary report of the air accident investigation panel: “as the aircraft descended from 2,100 in [6,890 ft] to 1,200 m [3,940 ft] the airframe started disintegrating, presumably as a result of a strong force applied to it which has not [yet] been determined, with consecutive fire warnings in three of the engines; the hydraulic and electric systems also failed. The emergency arose unexpectedly, without prior indication, and developed as an avalanche process within an extremely brief period (12 seconds).”

The aircraft behaved abnormally, tending to enter a dive. At mission time 37 minutes 14 seconds the audio warning system indicated a failure of the Nos. 1 and 2 hydraulic system, a surge of all four engines and a fire in both port engines. (According to some reports, the fire warning for the No.2 engine came at 1107:19 hrs; followed by a similar warning for No.1 at 1107:25 hrs.)

In this dire situation Deyneko acted professionally and kept a level head. Getting his bearings, he steered the stricken bomber away from Stepnoye township (located about 45 km/29 miles from Engels-2 AB as the crow flies) and from the nearby subterranean gas reservoir – the largest one in Europe holding about 5 billion cubic metres (176,573,500,000 cu it) of Iiquefied natural gas. The crew attempted to extinguish the fire and bring the aircraft under control. The captain advised the tower at Engels of the emergency at mission time 37 minutes 24 seconds. When it became obvious that the bomber was uncontrollable and was losing altitude rapidly, he ordered an ejection, the copilot initiating enforced ejection at 576 m (1,889 ft). The back-seaters ejected at 520 m (1,706 ft) and a vertical speed of 104 m/sec (341 ft/sec); the pilots followed suit at 280 m (918 ft) and 154 m/sec (505 ft/sec). A second later, however, the aircraft exploded in mid-air and the crew were caught by the blast which burned up their parachutes, leaving them no chances of survival. The Tu-160 hit the ground with 70° bank 7 km (4.35 miles) from Sovetskoye township, 41 km (25.46 miles) from the base; the second explosion on impact destroyed it utterly.

After this the remainder of the Russian Air Force’s Tu-160 fleet were immediately grounded pending investigation. Unsurprisingly, the military were tight-lipped about any details of the accident, which were classified; the abovementioned preliminary report was not released until a couple of months later, and then only because the crash had provoked a public outcry and it was necessary to give the general public some explanation. Meanwhile, given the lack of official information, all manner of rumours and sensationalist theories started circulating, and not only in the yellow press; speaking at a press conference on Sep. 29, Dmitriy F. Ayatskov, the then Governor of the Saratov Region in which Engels is situated, went so far as to suggest the aircraft had been blown out of the sky by a bomb planted by a saboteur! Eventually the cause of the crash res was traced to a defect in the fuel tank venting system. With no air coming in as the fuel was burned off, partial vacuum had built up in the Nos. 1 and 2 wing tanks, eventually causing the tanks to implode and fail. Part of the wing skin and the air intake assemblies were ripped off, causing loss of control and engine surge; the escaping fuel came into contact with the engines, causing a massive fire and ultimately an explosion. The scenario was reproduced on a time-expired Tu-160 prototype airframe at Zhukovskiy as part of the investigation: the venting pipelines were blanked off, and the end result was an implosion and structural failure.

The grounding order was partially lifted and Tu-160 operations resumed (with certain restrictions) on Nov. 5, 2003; on Jan.16, 2004, the restrictions were finally removed after modifications had been made to the fuel system and operations were back the to normal. On Nov. 22, 2003, Guards Lt.-Col. Yuriy M. Deyneko was posthumously awarded the Hero of Russia title (the modern equivalent of the HSU title) by Presidential decree. By the same decree Guards Maj. Oleg N. Fedusenko, Guards Maj. Grigoriy A. Kolchin and Guards Maj. Sergey M. Sukhorookov were posthumously awarded the Order of Courage. 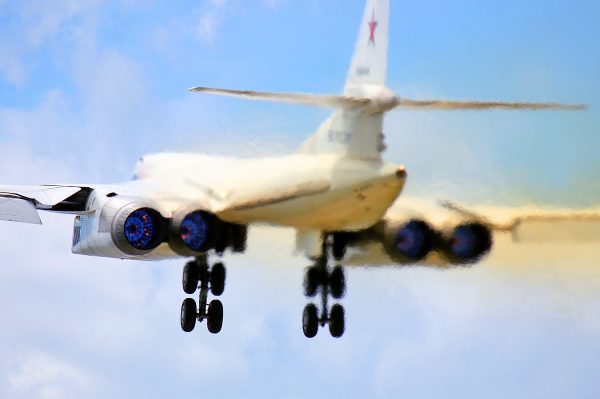 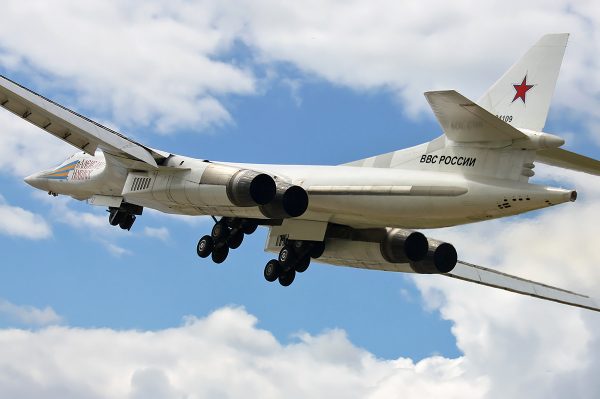