Log In Sign Up
Homepage F-14 TomcatBlack Knights down: the story of the first Coalition aircraft to crash in Iraq since the start of OIF 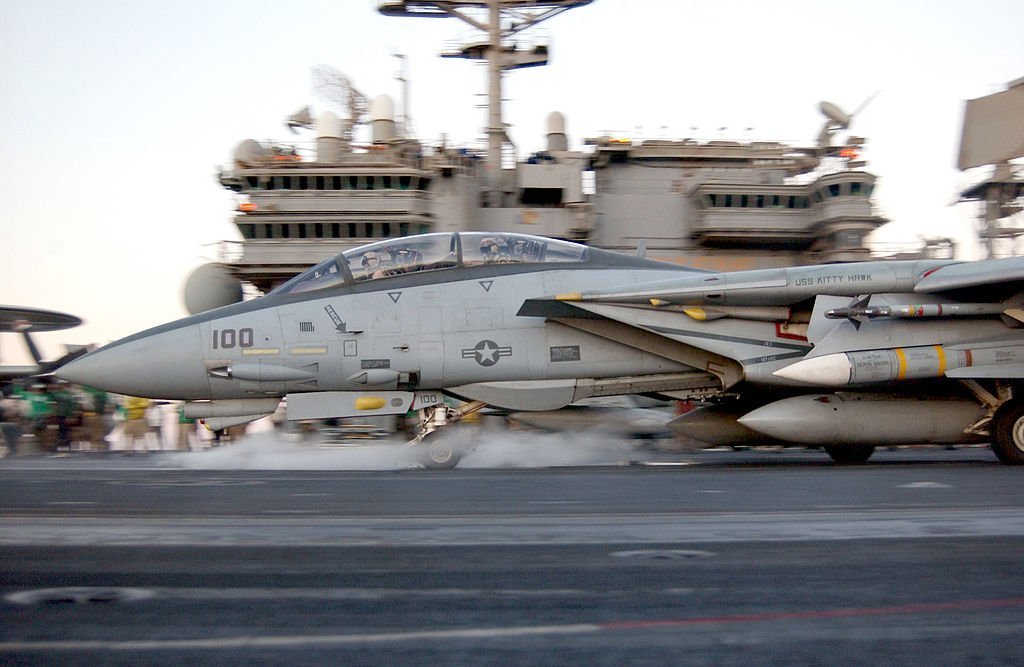 ‘”Gordo” yelled “Eject, Eject, Eject!” while I was doing my best to keep the jet stable to ensure that we were in a good envelope so when we punched out the ‘chutes would work as advertised,’ Chad Vincelette, former F-14A Tomcat pilot with VF-154 Black Knights.

VF-154’s war was undoubtedly the most unusual of any of the Tomcat units committed to OIF. Deployed on its final cruise with the F-14A as part of CVW-5, the ‘Black Knights’ arrived on station in the far north of the NAG aboard Kitty Hawk on Feb. 26, 2003.

Prior to the squadron’s spring deployment, VF-154 had tailored its training to maximise its precision strike capabilities, including dedicated training in target acquisition in urban environments. During CVW-5 work-ups, the unit was directly responsible for developing standardised precision FAC(A) and CAS tactics for the entire air wing.

Once in-theatre, VF-154’s pre-deployment focus on the air-to-ground mission allowed it to work with many different assets as CVW-5 looked to expand its role both in Expeditionary Warfare and precision CAS in the combat environment. After short notice tasking from CENTCOM, VF-154 detached four crews (augmented by FAC(A) instructors recently drafted in from NSAWC) and four jets to Al Udeid air base, in Qatar. With combat operations looming, these crews quickly scheduled multiple training events to teach SCAR (Strike Coordination Armed Reconnaissance) to the inter-Coalition and inter-service assets based at Al Udeid. Whilst ashore, VF-154 worked closely with RAF Tornado GR 4s, USAF F-15Es, F-16CGs and F-16CJs and Royal Australian Air Force (RAAF) F/A-18As.

As explained by Tony Holmes in his book U.S. Navy F-14 Tomcat Units of Operation Iraqi Freedom, VF-154 did not escape from its shore-based foray unscathed, however, for on the night of Apr. 1, NSAWC augmentees Lt Chad Vincelette and Lt Cdr Scotty ‘Gordo’ McDonald (RIO) were forced to eject over southern Iraq when their jet (F-14A BuNo 158620) suffered a single (port) engine and fuel transfer system failure. The latter caused remaining engine to run dry too, so the crew, who were two hours into their mission (and having already dropped some of their LGBs), ejected.

Within minutes, a pilot in an orbiting U-2 from the USAF’s 9th Reconnaissance Wing picked up a signal from the crew’s survival radios and passed the information back to his mission controller at Beale Force Base, in California. The latter in turn contacted CENTCOM’s Joint Personnel Recovery Center, which quickly despatched a USAF 301st Rescue Squadron Combat Search and Rescue HH-60G (supported by TACAIR assets) from Al Jaber air base in Kuwait. The naval aviators were rescued a short while later. This F-14A was the first Coalition aircraft to crash in Iraq since the start of OIF.

Lt Vincelette later gave the following account of what went wrong with his jet to Stars and Stripes magazine upon his return to CV-63;

‘We were heading out of Iraq after a normal flight, looking for a tanker to refuel from, when the left engine failed. Next came a failure in the fuel transfer system that allows the good engine to use all the aircraft’s fuel. ‘There was nothing we could do but sit and watch the fuel count down. We knew what was coming, and when it dipped below 200 lbs, the right engine came down, the generator started to hiccup and it was time to go.

‘”Gordo” yelled “Eject, Eject, Eject!” while I was doing my best to keep the jet stable to ensure that we were in a good envelope so when we punched out the ‘chutes would work as advertised. “Gordo” initiated the ejection. It was a fairly surreal experience, as we went from sitting in the warmth and comfort of our own cockpit to a violent windblast and hitting the desert floor pretty hard in our ‘chutes. Once on the ground, I quickly met up with “Gordo” and asked him whether he could walk as I helped him onto his feet. He replied, “I can run — just point the way!”‘ 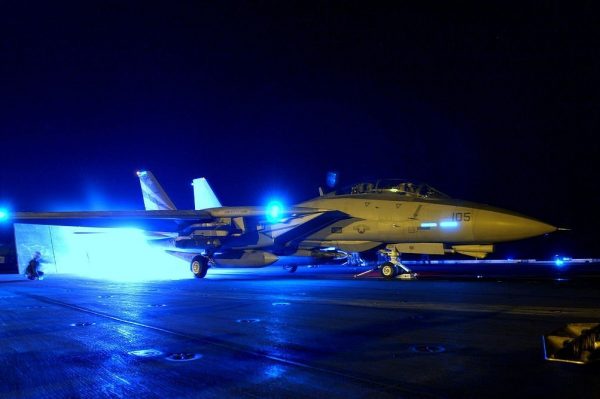 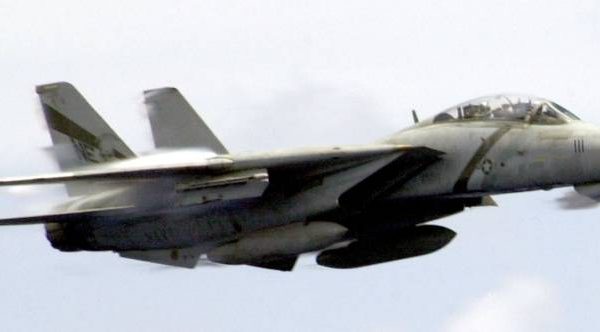 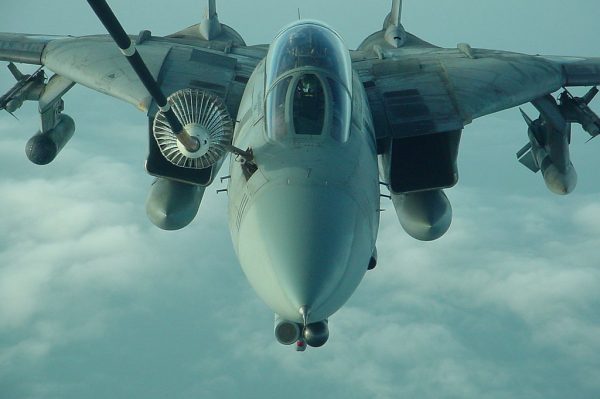