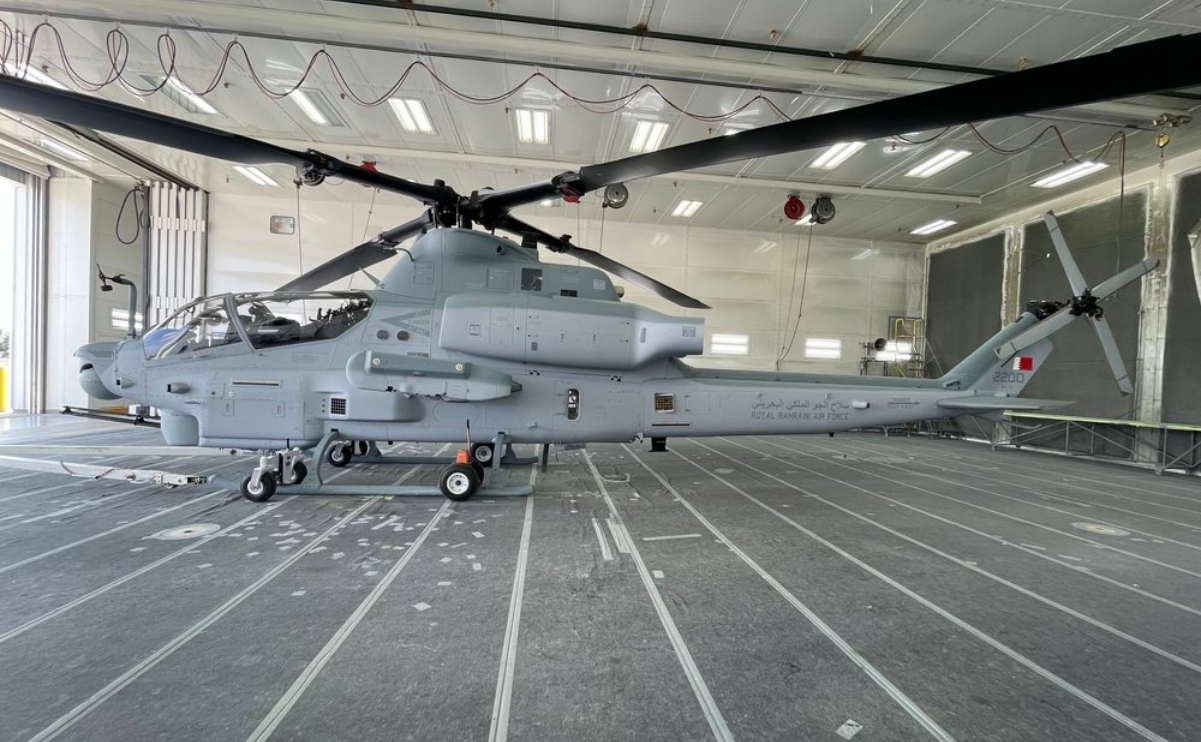 Bell celebrated the completion of the first AH-1Z Viper attack helicopter for the Kingdom of Bahrain on Sep. 30, 2021.

Bell celebrated the completion of the first AH-1Z Viper attack helicopter for the Kingdom of Bahrain on Sep. 30, 2021. The company delivered the first of 12 production aircraft to Naval Air Systems Command (NAVAIR) as part of the 2019 foreign military sales (FMS) contract. Foreign military sales of the AH-1Z bring the advanced, dedicated capabilities of the aircraft directly to international operators and help increase interoperability and amplify effectiveness of allied forces. The helicopter will be prepared for shipment to Bahrain with the Defense Contract Management Agency (DCMA) before being transported to Bahrain in 2022.

“This is an extraordinary achievement by the H-1 Program and brings the Royal Bahraini Air Force a step closer to fielding the advanced capabilities of the AH-1Z,” said Mike Deslatte, Bell H-1 vice president and program director, in a company news release. “The men and women of Team Viper, a group of premier suppliers, have done an exceptional job of delivering to the U.S. Government, on time and on contract.”

Bell designed the AH-1Z Viper specifically to meet the stringent operational requirements of the US Marine Corps (USMC), which focus on full marinization and a reduced logistical footprint. The aircraft has a fully integrated glass cockpit and the ability to carry a wide variety of munitions.

“The Viper will provide significant benefits to the Bahrain Defence Force as they modernize their fleet of attack helicopters,” said Deslatte. “Having a proven state-of-the-art platform will help contribute to the security of Bahrain while improving interoperability with U.S. forces.”

Bell continues to work to deliver aircraft to the U.S. Marine Corps, Bahrain and Czech Republic. After having delivered the last UH-1Y to the USMC, Bell has restarted the Venom production last July for Czech Republic, the first international operator of the helicopter. However, the company has continued to produce and deliver the AH-1Z Viper as part of the USMC H-1 production contract for 349 H-1 aircraft, consisting of 160 UH-1Y and 189 AH-1Z.

The Venom and the Viper are based on the Vietnam-era family of Huey helicopters, the UH-1 Iroquois and the derivative AH-1 Cobra. The modern variants share 85 percent of their parts including a common tail boom, engines, rotor system, drivetrain, avionics architecture, software and controls. The commonality between the aircraft enabled critical component supply chains to remain active during AH-1Z production for the USMC.